'A third intifada would be a lot worse'

Following the deaths of three Israeli youths and now a 17-year-old Palestinian, tensions between the two sides are growing and could spill over into a third intifada. 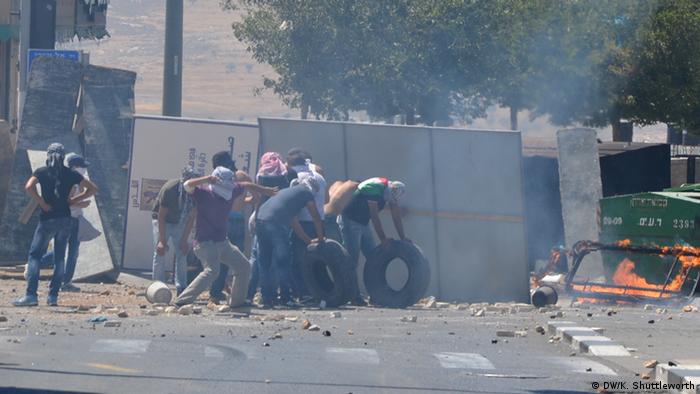 "This is worse than the first and second intifada. I just want the hatred, the bloodshed to stop."

Forty-six-year-old Mohammed Abu Khdeir is a close relative of the East Jerusalem couple whose 17-year-old son, also called Mohammed, was murdered in the early hours of Wednesday.

The tension between Palestinians and Jews since three Israeli teenagers, Naftali Fraenkel, Gilad Shaar and Eyal Yifrah were abducted on June 12 had been reaching boiling point, until it spilled over on Wednesday into the streets of Shuafat, during violent clashes between Israeli security forces and young Palestinians.

Skip bins were overturned, tram stops and buildings were damaged and set alight and traffic lights smashed up.

By Thursday, things had calmed in Shuafat but the devastation from the day before remained.

Mohammed Abu Khdeir also lives in East Jerusalem but he's tired of the clashes and he doesn't want his young children growing up in this environment. That's why he's keeping them away from Shuafat at the moment.

"I try not to make my kids live this crisis, because they're small kids. I don't want them to live this….I need them to stay away," he told DW.

He said he's keeping his distance from the immediate family at the moment, because he wants to give them space. But he said what happened to the teenager is absolutely horrible.

"What's really upsetting everyone here is burning his body. It's really horrible, at least respect the body, don't burn it. This is really a savage act, very, very bad. I have Jewish friends, they called me on Thursday to offer condolences. These are the leftists, I'm talking the leftists, not the right. They're very nice people, I like them. I told them I'm not surprised you rang, I know you're good people….but we have to work on a solution, we have to do something, that's it. I care for my kids, I care for the kids."

He told DW he doesn't think he's asking for a lot - he wants his children to attend college and university in peace, to walk down the street anywhere in peace. He said he's now too afraid to walk into orthodox Jewish areas or settlements. 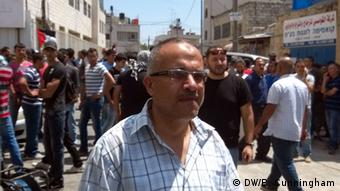 Mohammed Abu Khdeir is worried about a third Intifada

Mohammed thinks the current tension and violence between Jews and Palestinians is worse than the first and second intifadas.

Revenge, he says, is palpable. "Everyone wants revenge. I read the newspaper yesterday about thousands of Israeli soldiers wanting to take revenge. You can't believe the discriminatory declarations, it's crazy. I haven't seen this even in the first intifada and second intifada. I haven't heard this hatred, animosity and the changing of mentality before."

And what about the possibility of a third intifada? He said most people don't ever want to see a third, as they're still scarred from the second, which ended in 2005.

However if there was third, he believes it would be a lot worse and everyone would get involved "even the moderates, people who've never been involved in such actions, on both sides. There's a lot of tension - the situation has changed, for the worse, not the better. People feel oppressed. Now all the spotlights are on the Israeli government."

The United States, which has long been an ally of Israel, sent a number of condolence messages this week, along with a stern warning from President Barack Obama urging Israel and other parties to "refrain from steps that could further destabilize the situation."

Mohammed wants to see more intervention from Europe, and thinks Europe could hold more sway and influence with Israel. "They can ask what's going on and demand Israel stop it. Always the attitudes from European countries are much better than the American attitude. We don't need to hear any more from the US. The Palestinian people deserve a state more than any Arab people."

Normally a bustling neighborhood, with a commuter tram running through the middle and thriving shops, Shuafat has changed. The tram no longer operates, buildings are badly damaged, the streets are a mess and the shops are all shut.

This worries Mohammed, who said the damage is only hurting his people, the locals."This is going to be very costly to the neighborhood and the government, who will eventually come and repair everything….although I couldn't tell you when."

He said damaging buildings and property is not the right way to solve the problem. And he wants a better way of expressing anger.

"We have to have solidarity, walk together, slogans, banners, something a little bit more modern - not damaging property. I'm telling you I haven't seen this tension, it's heartbreaking. Based on Twitter and Facebook and what I hear, it's really, really getting worse. I don't want to see people suffering anymore. That's what worries me, what's after this."