A steel rose: Isa Genzken at 70

Isa Genzken is one of the most important artists working today. At 70, she continues to wow with her shrill collages and sculptures, having long made a name for herself beyond the misnomer of "Gerhard Richter's wife."

Photo collages held together with packing tape, colorful plastic parts on a pole, wheelchairs covered with red fabric and transparent plastic wrap, dressed up mannequins: Isa Genzken often draws on found objects from everyday life that she places in a different context for her conceptual art. Her preferred materials include not only colorful tapes, plastic, and mirror foil, but also wood, aluminum and concrete.

It is no coincidence that the building materials she uses are reminiscent of urban architecture. The skyscrapers of Manhattan have fascinated Isa Genzken since she was 16, when she first visited New York City.

"As soon as I arrived, I felt like this was my city. Of all the cities I have come to know, I still love it the most. The architecture is something you can't copy," the interview-shy artist, who lives in Berlin, told the newspaper Der Tagesspiegel in 2016. Among her favorite buildings were those at the former World Trade Center.

In 2001, she experienced the attack on the World Trade Center up close, albeit initially via a television broadcast.

"For me, it seemed like a Spielberg film. I went to the World Trade Center in the evening and was horrified. There was still smoke in the sky, people gathering the remnants — chairs, furniture. It was hell." 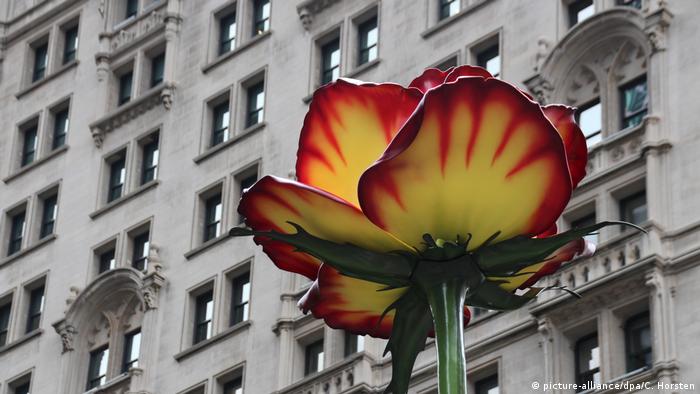 A painted rose in memory of Ground Zero

A rose for the new World Trade Center

To honor the tragedy, she had an eight meter tall steel rose erected this September next to the new World Trade Center (see image top). These oversized flowers run like a red thread through the work she has produced over the last 25 years. They reveal a completely different, poetic side to the artist and have become something of a trademark.

In 1993, Genzken placed an eight meter high rose in front of the villa of the art collector Frieder Burda. An equally large red rose made of stainless steel placed on the grounds of the Leipzig Trade Fair is also well-known. In New York, Genzken has also placed two oversized orchids in Central Park.

Isa Genzken was born in the village of Bad Oldesloe near Hamburg, a world away from "her city" of New York. In the 1970s, she studied at the Hochschule für bildende Künste in Hamburg and later went on to the Kunstakademie in Düsseldorf. Her teacher there was Gerhard Richter, to whom she was later married for more than a decade.

But while she was enthusiastic about skyscrapers, he preferred to pick mushrooms and the two went their separate ways. 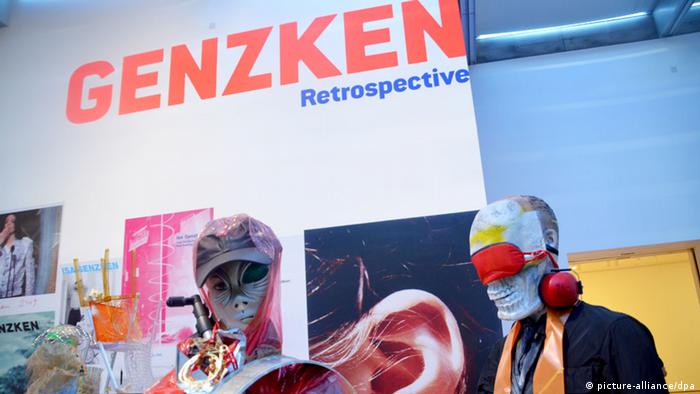 When her relationship with Gerhard Richter ended, Genzken turned to alcohol and wasted her money in the clubs of Manhattan and Berlin. In recent years, she has been diagnosed with a bipolar disorder that results in emotional highs and lows.

In New York, however, she says, she is spared from these ups and downs. In 2013, the Museum of Modern Art dedicated a comprehensive retrospective to her work.

The artist has participated in the international art show "documenta" in Kassel three times. At documenta 11 she showed "New Buildings for Berlin," abstract high-rise models made of colored industrial glass standing on slender poles. In "Fuck the Bauhaus, New Buildings for New York," she also created city models made of plastic, wood, shells, toys and mirrored sheets, thus exploring the architecture and utopias of modernism. 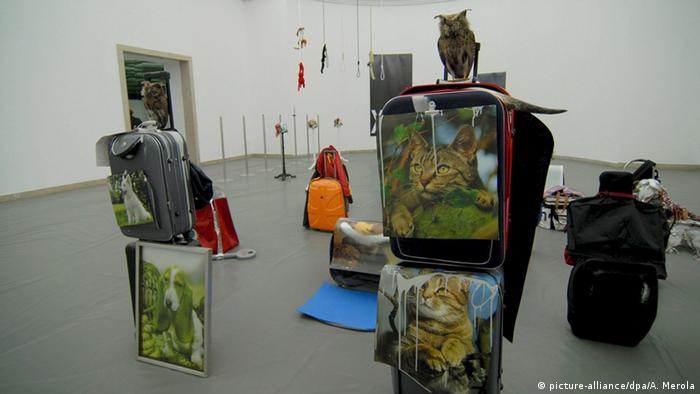 Trolley in the German Pavilion at the Biennale

Genzken had her big breakthrough at the Venice Biennale, where she designed the German Pavilion in 2007. Here, too, she worked with mannequins dressed as astronauts, which she hung from the ceiling, and with toys, Venetian dressed skulls on pedestals and rolling suitcases on the floor. The associations range from the failure of a society of progress on issues of war and climate catastrophe. The latter was already suggested by the title of her show: "Oil."

"Her works are never just what you see. She has a very special, different view of things that is not invented, but real feeling," Genzken's long-time gallery owner Daniel Buchholz told the DPA news agency.

On the occasion of her 70th birthday on November 27, 2018, he will be hosting an exhibition for her — and hopes Genzken will attend the opening if health permits. 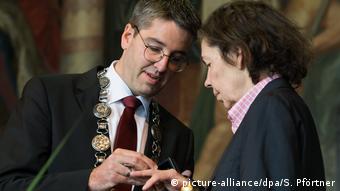 In 2014, the Kunsthalle Vienna showed an exhibition of works in which Isa Genzken dealt with urban architecture. The show was called "I'm Isa Genzken, The Only Female Fool" — a title that could also serve as life motto. In addition to sculptures and paintings, her entire oeuvre also includes installations, films, photographs and books.

In 2017, Isa Genzken was awarded the Kaiserring, one of the most important prizes for modern art. The reason given was that her installations and sculptures drew attention to the contrasts and brutalities in society.  In addition, she has a pioneering role in the "international discourse of sculpture," in which, the jury said, she is a leader but "never without a bit of humor."

Into the world of Isa Genzken

'At Eternity's Gate' and other films about artists

Julian Schnabel's van Gogh biopic "At Eternity's Gate" is not the first to shine a light on the life of an artist. Here are 10 fabulous films about artists and their art. (16.11.2018)