'A secure Iraq won't come from a military solution' 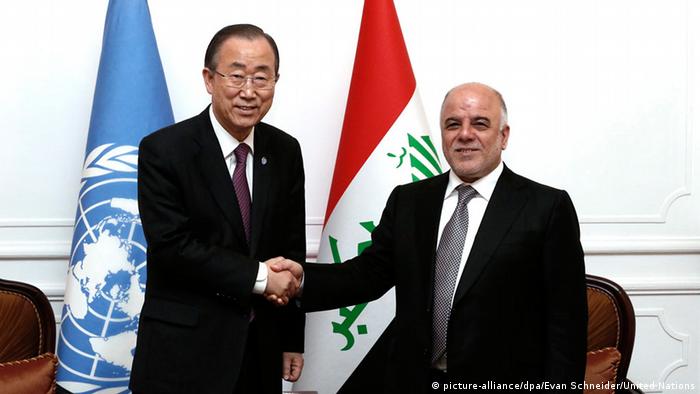 United Nations Secretary-General Ban Ki-moon met with Iraqi government officials during a visit to the capital, Baghdad, on Monday. During the talks, Ban expressed concern about the millions of Iraqis who have been forced to flee their homes to escape the terror group "Islamic State" (IS), saying "additional resources are urgently needed to save lives."

Earlier in March, the UN Office of the High Commissioner for Human Rights released a report saying that IS militants may have committed war crimes, crimes against humanity and genocide in Iraq. The report also said Iraqi forces and allied militias fighting IS may too have committed war crimes, and "carried out extrajudicial killings, torture, abductions and forcibly displaced a large number of people, often with impunity."

Iraqi forces are battling to retake the strategic city of Tikrit as part of the government's largest military operation yet against the jihadist group.

DW: What could Ban Ki-moon's Baghdad visit hope to achieve at this time?

Renad Mansour: It's always a big deal when Ban Ki-moon comes to Iraq, and beyond the humanitarian agenda, I think he's going to try and press the Iraqi leaders to pursue certain reforms and move away from the line that they've been moving towards. For example, the paramilitary actors and different militias fighting with the army, and the crimes they're committing - as well as moving away from this hopeless future that most at the moment are predicting.

During his meeting with Ban Ki-moon, Foreign Minister Ibrahim al-Jaafari asked the UN to provide more services and humanitarian support for displaced Iraqis. What can Iraq realistically expect? 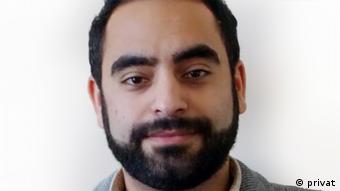 The Iraqi government has always been pressing for more support. As the winter was approaching, the biggest issue was what they referred to as Winterization, with the issue being how these displaced people would be able to live. It's hard to see how much more the UN can really do. A lot of UN member states are contributing to the humanitarian effort in their own capacities. The Iraqi government, as well as the Kurdish regional government, will continue to press for more humanitarian support to help develop camps, to give equipment and supplies for the displaced, as well as to also give a sense of hope to the displaced - that this is a very temporary solution and that they will return home at some point. For Iraqis who are displaced, having the United Nations come might, at least for them, suggest that the international community is very well aware of their plight, and they're not being ignored as such.

The humanitarian crisis in Iraq deteriorated after IS started seizing territory in the north of the country in the middle of last year, a campaign characterized by brutality and human rights abuses. Could the UN have done more to try and stop these atrocities?

I tend to share a more realistic expectation of the UN's role in these types of conflicts - you're not going to have the UN peacekeepers or a military force move into Iraq at any point. The main area the UN can help with is humanitarian need, and of course they can do more on that front and try to convince more of their member states to contribute. And perhaps they can begin to facilitate some form of international negotiations or political dialogue between the different groups in Iraq. However, at the end of the day, the main solution will have to be some form of compromise with the local Iraqi actors. The groups that represent the Shiites, Sunnis and the Kurds - and most likely some external actors like Iran, the US and Turkey - will be the ones that are really facilitating these negotiations. What we've seen in the past ten-to-fifteen years is that the UN will play more of an auxiliary role.

The UN Human Rights Council adopted a resolution last week denouncing the atrocities by IS, but didn't directly address alleged crimes and rights abuses committed by Iraqi forces and the militias fighting with them. How important is that step?

Very. One of the biggest issues that we have in Iraq at the moment is that, even if Iraq takes back Tikrit, and even if it takes back Mosul, Iraq's democratization - and creating a secure country - is not going to come from a military solution. It's very much going to come from a socio-political solution, which is going to have to include trust between the different parties. When you have Shia militias performing these gruesome acts of violence and crimes against humanity, that hurts the trust Sunni groups have in the Shia militias, which at the moment are seen by [Sunni groups] as part of the government. This is where I think we can take a lesson from the previous Sunni awakening which actually managed to get rid of, at that time [between 2005 and 2007, the eds.], al Qaeda in Iraq and bring the Sunnis back into the political equation. Today we need much more of that, much more of a recognition that both sides are at fault, and I think that's the key for reconciliation.

Renad Mansour is a nonresident scholar at the Carnegie Middle East Center, where his research focuses on Iraq, Iran, and Kurdish affairs, and a fellow at the Iraq Institute for Strategic Studies in Beirut, where he was assistant director from 2011 to 2012. From 2008 to 2010, he was an advisor to the Kurdistan Regional Government Civil Society Ministry.

Leaders of the Arab League are meeting to discuss measures to deal with growing radicalism in the region and unrest in Yemen. Yemen's President Mansour Hadi has accused Iran of supporting Houthi rebels. (28.03.2015)

Amnesty International claims to have found powerful evidence of systematic ethnic cleansing by the "Islamic State" jihadist group. Meanwhile, the United Nations has opted to send a team to investigate alleged atrocities. (02.09.2014)