A furniture company in eastern Germany can look back at a truly moving history. For some time now, it's been riding a wave of success, and yachts are playing a major role in this, as Hardy Graupner reports from Dresden. 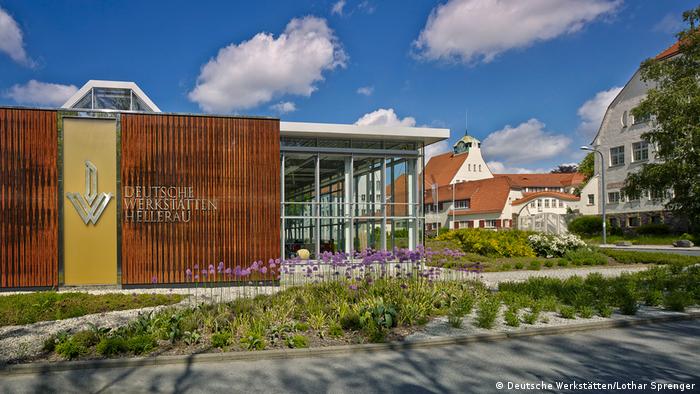 "No handshakes please, but we're friendly people all the same," reads a sign at the entrance of Deutsche Werkstätten Hellerau (DWH), as the specter of COVID-19 sees everyone taking precautions.

The somewhat bulky name for this German furniture company in Dresden's district of Hellerau takes nothing away from its long tradition and remarkable development particularly in the decades after German reunification in 1990.

PR chief Juliane Richter and Managing Director Jan Jacobsen make me feel at ease at once as they take all the time in the world to show me around in the light-flooded design offices and production halls. When talking, both betray a good deal of pride in belonging to this company.

"Every student of architecture comes across the Deutsche Werkstätten that symbolized the beginning of modern furniture and modern interior in Germany," Jacobsen tells DW.

The history of the firm goes back to 1898 when founder Karl Schmidt set up a construction and furniture company in Dresden. In 1900, Art Nouveau-inspired pieces of furniture from there would secure three bronze medals at the Paris World Exhibition.

Nine years on, the company moved to the area of Dresden where it still is today, with a newly built state-of-the-art engineering and production center emerging in 2006. Before that, the firm had survived two world wars, expropriation in 1946 and the ensuing serial production in East Germany that somehow did not rob the company of its core qualities. 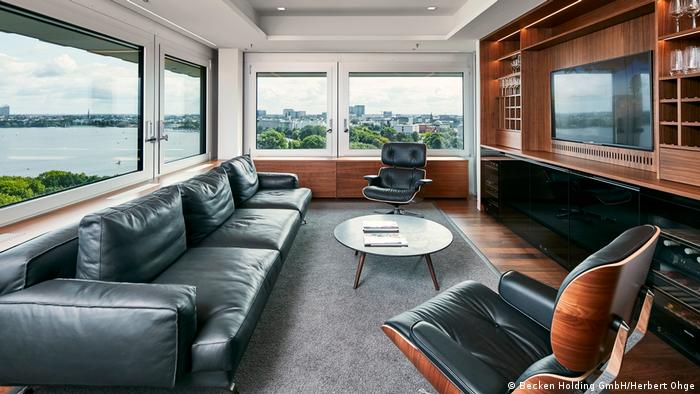 A couple of years into German reunification, the government agency entrusted with privatizing or reprivatizing Eastern German firms praised the Hellerau-based company as one worth preserving, and investor Fritz Straub heeded that recommendation.

"Fritz Straub came to Hellerau in May 1992, he said the spirit of founder Karl Schmidt was still there," Jacobsen recalls. "The Swiss would say it's a place with an inner force, and perhaps this is why the Treuhand thought it was worth keeping, but it was certainly a mixture of reasons."

This is not to say that the furniture firm moved away from a planned economy toward a free market environment just like that. It was a bumpy road where chance also played a role along the way, but there was one fundamental corporate decision that tipped the scales toward long-term success. 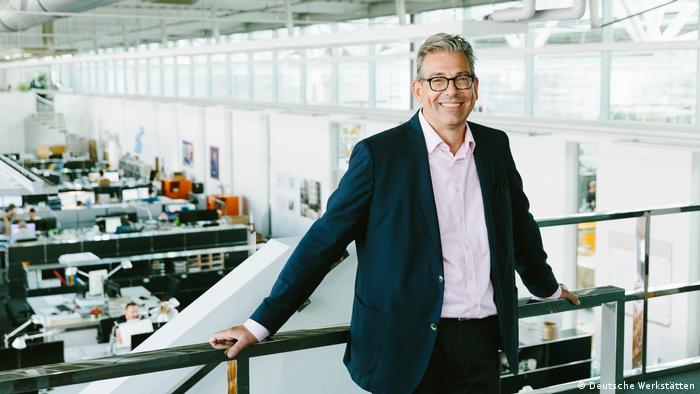 "It was clear that serial furniture production could not be continued at competitive prices after the Berlin Wall came down," says the managing director. And the new management decided the only way forward would be to do project-based work with a group of specialist joiners."

While initially work for institutional clients got the company going again in the 1990s, work for private customers became more important with time as the firm advanced into the luxury segment step by step.

"Just look at how long we've been active in Russia — it all started with a personal recommendation of a client in Western Germany, who had a Russian friend," Jacobsen explains. "He said those guys in Dresden can do the best interiors, why don't you use them for your house in Moscow? That is how we arrived there. So, call that chance, or a business development plan. Fact is we've been active in Russia for 15 years now."

Jacobsen notes the company hasn't really been looking for geographically-defined markets like other firms would do. DWH just went where its rich clients were based. It had meanwhile reached another milestone in its history by securing orders to furnish private yachts with extremely expensive bespoke interiors. That came after the firm had successfully completed the interior for a purpose-built business-class-only train called The Metropolitan. 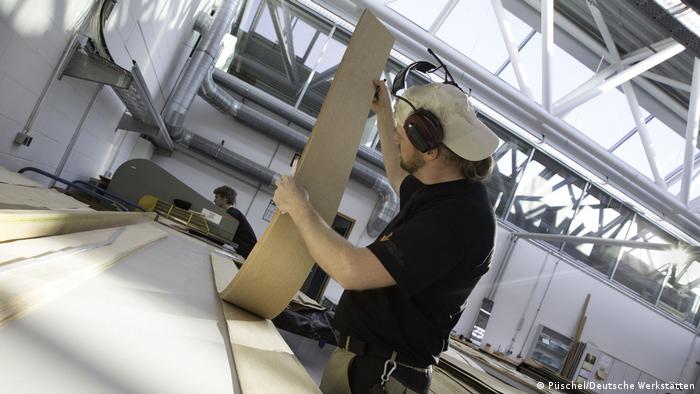 For DWH employees, tasks change with every new order which means that their work never gets boring

Wood is still the No. 1 material that DWH works with, but to make the dreams of its rich clients come true, it has also had to acquire competences in dealing with metal, stone, plastics and other materials. Bringing them all together for top-notch interiors is a highly demanding and highly creative process.

"We have never seen ourselves as a pure implementation or production company," Jacobsen elaborates. "We're privileged to work with the best and most experienced designers in yacht and residential design."

"These designers are very demanding and have a very clear vision. We often develop solutions together; it's more of a partnership in the engineering phase, but also in the production phase and during installation."

DWH owner Fritz Straub was once quoted as saying, "the rich are getting richer, and we're less vulnerable to cyclical developments." While that may be true, the current coronavirus threat is as big a headache for the company as for most others. 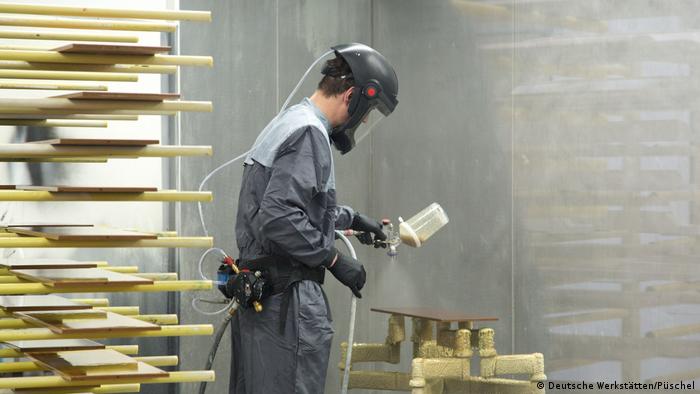 Many DWH employees have stayed loyal to the company for decades

"I think it certainly worries us," Jacobsen admits. "If I think back to the global financial crisis, I remember there were orders being delayed, put on hold. It was a difficult time that we survived with a big hospitality project."

"The coronavirus spread has consequences for our supply chain," the managing director warns. "If parts of our interiors are manufactured in China and our Chinese partners tell us they have trouble getting their workers back to the factory then this has repercussions, impacting programs and deadlines."

The company hopes that the threat will be gone before long and people can focus on their core tasks. DWH has a very dedicated workforce and a strong team spirit to rise to any challenges, I'm told.

"We are very lucky in as far as what we do is considered to be very interesting, so we're a very attractive employer," Jacobsen tells DW. "We have a very good working spirit and we treat our people well. So they like to not only come and work for us, but also stay with us."

Also, the firm makes sure that young people, both male and female, learn the tricks of the trade on the ground and reinforce the team after their apprenticeships, if they so wish. 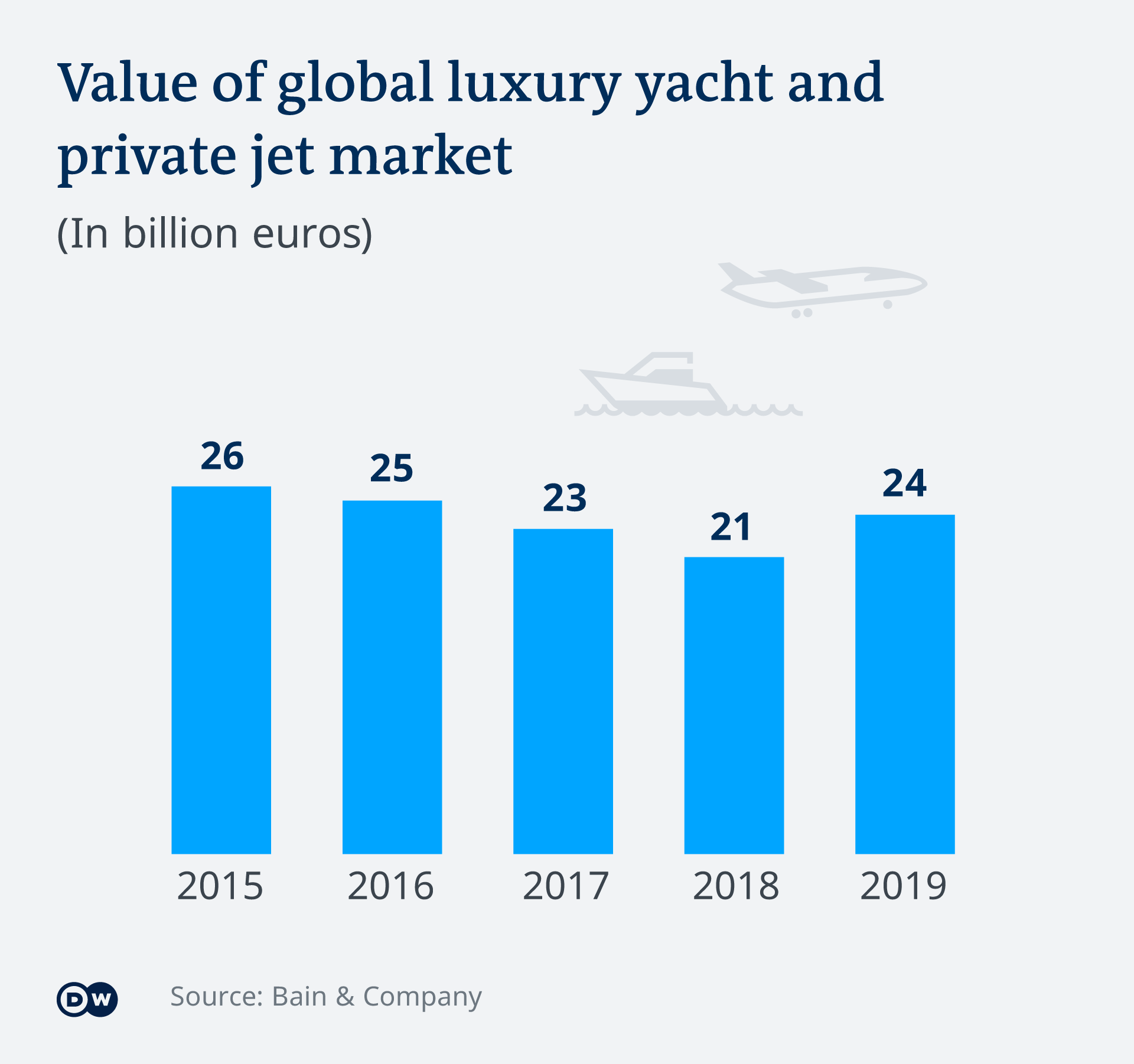 "Training joiners has been important for us right from the start," Jacobsen points out. We have a lot of applicants from across Germany, and we have an increasing number of international staff, with several languages spoken here on our premises."

Asked about where he sees his company in one or two decades from now, DWH's managing director says he expects further organic growth, mentioning also that last year they started building another production facility to separate the residential projects from the yacht business. The Hellerau-based unit is to focus solely on furnishing boats, says Jacobsen.

"We expect a lot of new work in the residential sector, but there are also a lot of inquiries about luxury boats," he confirms. And as if to invoke the spirits of brisk business, he adds:

"The New York Times recently carried a story entitled "No one needs a superyacht, but they keep selling them."