A pleasant surprise for Washington | Germany| News and in-depth reporting from Berlin and beyond | DW | 21.08.2014

A pleasant surprise for Washington

Germany’s announcement that it was ready to arm Iraqi Kurdish fighters against IS was neither expected nor demanded by the US. And yet it's a welcome boost for the Obama administration - and also helps Berlin. 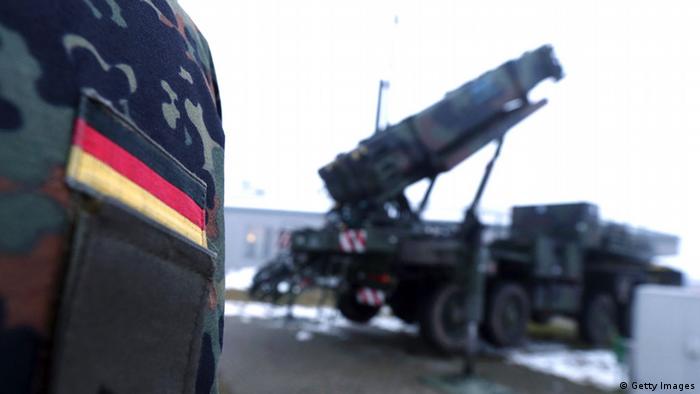 The term "win-win-situation" is one of the most overused expressions these days, but in this case fits perfectly. That's because by revoking the decision to deploy just humanitarian aid to Iraq and announcing its willingness to send arms to the embattled Kurds, Berlin has scored important points on several different objectives while giving the politically struggling Obama a much-needed boost.

Berlin's decision to arm the Kurds, taken a few days ago, is still too fresh for an official reaction from the US, but there is no doubt about how it will be received in Washington.

"I would describe it as pleasant surprise and I don't mean that in any kind of condescending way," Jeffrey Anderson, director of Georgetown University's BMW Center for German and European Studies, told DW. "A lot of us in the last months have been extremely concerned about the impact of the NSA spying scandal on German-American relations."

Germany's offer of military help for Iraq is a strong signal that will be clearly registered in Washington, particularly since Berlin has already been closely aligned with the US since the shooting down of a Malaysian airliner over Ukraine.

"I think this will play very well in the political and diplomatic classes in Washington and move us beyond a period where things have been very difficult over the NSA spying allegations," said John Peterson, a professor of international politics with a focus on transatlantic ties at Edinburgh University. 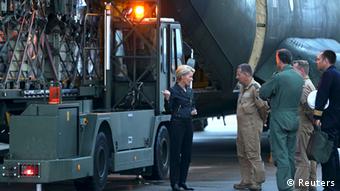 Until now, Germany's aid to Iraq has been purely humanitarian

The impact of Berlin's move is particularly stark since there had been no prior demands or expectations for Germany to go beyond its usual role of delivering humanitarian help and money to the Kurds.

"Had Germany decided to remain at the level of humanitarian assistance, I don't think anybody would have criticized them for that," said Anderson.

But doing so also allowed Berlin to finally put into practice what it told Washington and the international community at this year's Munich Security Conference, namely that it was ready to play a more active role in global politics.

"The fact that the German government is willing to go further adds real flesh to that skeletal statement about taking a more active role," noted Anderson. "It's a very reassuring sign and I am sure it will be taken as such here in Washington."

Not that the US really needs Germany's or anyone else's help to arm the Kurds. "I think it is mostly symbolic in a political sense," explained Peterson. "We are at a point within NATO where there is basically nothing NATO can do collectively as a military organization that the Americans can't do on their own."

Still, the significance of Berlin's move is hard to overstate, agreed both experts. 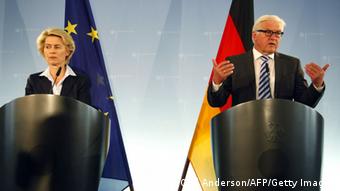 According to Peterson, the situation may be a chance to finally bury the differences between the US and Germany over the UN Security Council resolution on intervening in Libya back in 2011, when Berlin stunned everyone by voting with Russia and China instead of its Western allies.

The third win for Berlin, besides mending ties with Washington and practicing what it preached in Munich, is showing the German public how seriously it takes the situation in Iraq. Just as Britain is growing increasingly alarmed about British extremists' involvement in the conflict in Iraq, so is Berlin.

"The concern now is that these killers come home and wreak havoc," said Anderson. "I suspect the German government is as worried as the British government."

The shared Western concern about the dangers of these battle-hardened extremists will, ironically, lead to increased intelligence cooperation again between the US, the UK and Germany - a topic tainted by the recent NSA espionage scandal.

Iraqi Kurds have hailed a decision by Germany's cabinet to supply them with arms to help in their fight against jihadist militants. But some German politicians are calling for a parliamentary debate on the matter. (21.08.2014)

Opinion: Weapons for a civilized world

Germany has agreed to send arms to northern Iraq - a U-turn from its previous position. DW's Dagmar Engel wonders what consequences this decision will have for the future. (20.08.2014)