A night at the Louvre with Leonardo da Vinci

The Leonardo da Vinci exhibition at the Louvre in Paris was a record-breaker last year. The museum is now releasing a documentary featuring a private tour of the landmark exhibition. 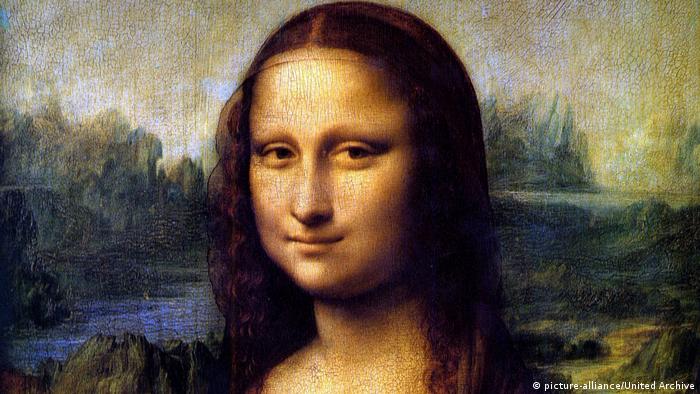 One of the Louvre's most famous publicity stunts is the 2018 video "Apes**t," in which music stars Beyoncé and Jay-Z were seen dancing through the empty galleries of the most visited museum in the world. The king and queen of pop music seemed to feel rather at home in the former royal palace, which was converted into a museum in 1793. The video, which has been viewed 222 million times online, shows them standing in front of Leonardo da Vinci's iconic painting, The Mona Lisa, and meanders through the museum highlighting numerous other masterpieces.

A year after the video's release, the museum launched a major Leonardo da Vinci exhibition in 2019 — one that would also go on to break records: More than 1.1 million visitors came to view the show marking the 500th anniversary of da Vinci's death. It was the Louvre's most-visited exhibition ever.

The exhibition featured more than 160 works by the Italian Renaissance master, including 11 paintings and over 70 drawings.

A journey through da Vinci's life

Those who did not make it to the exhibition last year can now make up for what they missed: The Louvre museum teamed up with Pathé Films to produce a private tour of the Leonardo da Vinci exhibition as a documentary.

The film A Night at the Louvre: Leonardo da Vinci offers a unique opportunity to view the Italian master's most beautiful works. Exhibition curators Vincent Delieuvin and Louis Frank lead the tour through the famous Paris museum, revisiting Leonardo da Vinci's life along the way. 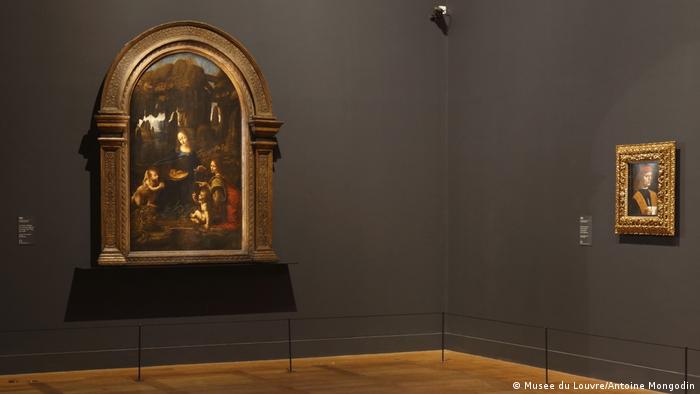 In a series of short presentations, the two experts explain da Vinci's artistic history, highlighting the unique evolution of the artist's technique. Crossing through empty galleries without visitors, the camera takes viewers on a journey into the philosophy of Leonardo da Vinci, who considered painting to be the basis of all knowledge in general.

Placing a stronger emphasis on it than on any of his other activities, painting became da Vinci's way of exploring the world. He even went as far as calling painting a science.

Painting as a science

Leonardo was born on April 15, 1452 in the small hamlet of Anchiano near the Tuscan village of Vinci. He was the illegitimate son of a notary public, which is why he grew up living with his grandfather.

At the age of 10, he moved to Florence where he learned geometry and arithmetic. Andrea del Verrocchio, an influential sculptor and painter during the early to high Renaissance, soon became his art teacher.

Initially, Leonardo tried his hand at the art of reproduction. He became an expert at copying reality as closely as possible, and was particularly interested in the faithful reproduction of two particular forms of expression: movement and stillness. Verrocchio taught him how to create light and shadow, especially in his depictions of fabrics. 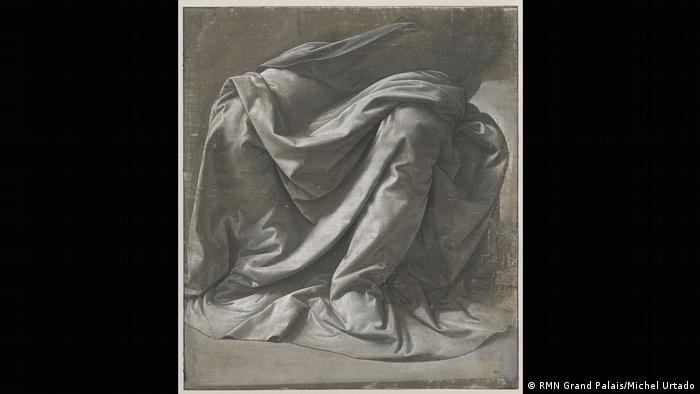 Leonardo learned how to create the perfect illusion by capturing the volume and flow of fabric and putting it down on paper. Using infrared photography today, one can trace the countless adjustments and corrections he made to his paintings. It becomes clear that Leonardo wanted to achieve perfection.

Da Vinci realized that he could not capture the pure essence of life using his method of reproduction, and so he altered his technique. He started taking a looser approach; at times his strokes became almost chaotic. The two curators hosting the film refer to this style as "modern."

In some cases, Leonardo did not finish certain parts of his works, daringly omitting elements in his paintings to stimulate the viewers' imagination.

As the two art historians discuss his works, the camera zooms in on paintings such as Madonna of the Carnation (dated around 1475), the Saint Jerome in the Wilderness (dated around 1482) and Virgin of the Rocks. The latter is considered to be a landmark piece, in which da Vinci lent individual features to the faces of Mary and Jesus for the first time.

The exact date of its completion is contested, but the painting was created during his time in Milan from 1482 to 1499, at which point he also painted his famous Last Supper. 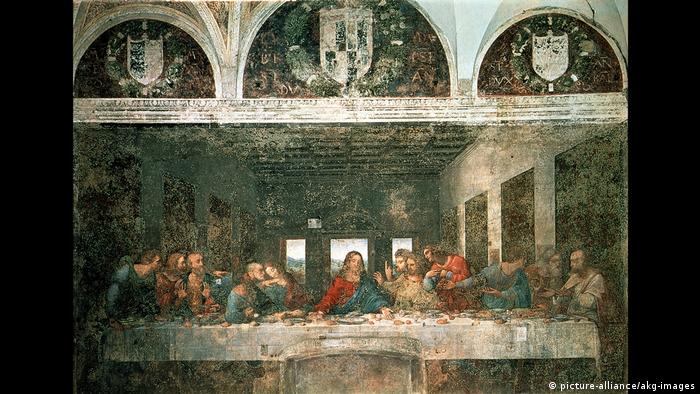 The secret of the Mona Lisa smile

Upon his return to Florence around 1500, da Vinci focused on painting portraits — like that of Ludovico di Moro in Portrait of a Young Man. By refusing to portray his subjects frontally and rather opting to turn them slightly to one side, Leonardo da Vinci broke with the standards of his time. The postures of the bodies he painted are in a slight state of rotation.

This is a phenomenon that also contributed to the many mysteries of the Mona Lisa. The subject of that portrait is said to have been Lisa Gherardini del Giocondo, which is why the painting is known as La Joconde in French. The two curators explain that the secret of the Mona Lisa lies in the natural facial expression of the woman, who was 24 years old at the time: She gazes serenely out of the picture. It feels as though she had briefly turned towards the viewer who has just entered the room.

The film crew worked on the production of A Night at the Louvre: Leonardo da Vinci for four nights, involving a team of 30 technicians. The movie highlights the famed Renaissance artist's painting and drawing techniques, but however leaves out his other remarkable talents, from engineering to geometry.

The idea to produce the film, however, was not an extension of the Beyoncé and Jay-Z video. It rather came during the coronavirus lockdown in Paris, when any kind of personal encounter with art was no longer an option.

The Leonardo da Vinci exhibition ended on February 20, 2020. The film picks up exactly there, highlighting why it is important to look into the Renaissance master's visionary works today.

A Night at the Louvre: Leonardo da Vinci  is released in cinemas around the world on September 16, 2020.

Leonardo da Vinci's "Salvator Mundi" is being auctioned in New York. The work sold for $60 in 1958; it's worth an estimated $100 million today. But did the old master really paint it?

Architect I.M. Pei, one of the most famous and prolific architects of the 20th century, has died at the age of 102. He was best known for his renovation of the Louvre in Paris, which at first attracted huge criticism.

A painting of Christ by da Vinci sold at auction for $450 million is headed to the newly opened Louvre Abu Dhabi, the museum has said. A US newspaper reported it has found the mystery buyer of the "Salvator Mundi."