A literature festival at the heart of a troubled city

The organizers of Karachi Literature Festival say that they have been successful in showing the 'progressive' and 'educated' side of Pakistan to the world. 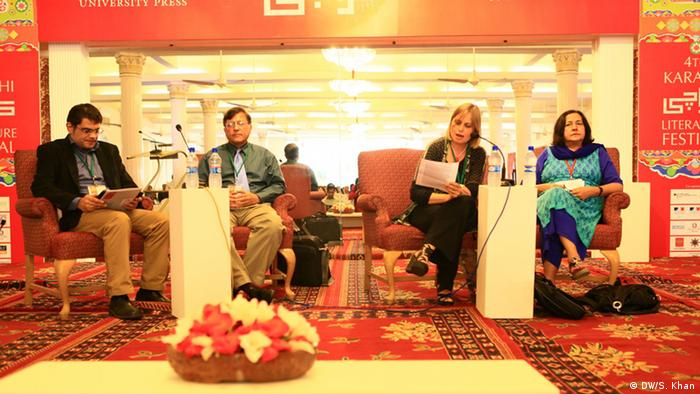 Pakistan is usually in the news for Islamist militancy, sectarian violence, and a number of political crises. Literary festivals in the country are either too rare or do not get much media or public attention. However, the fourth Karachi Literature Festival, which concluded on Sunday in Pakistan's southern Karachi city, turned out to be quite a big success.

Oxford University Press - the main organizer of the three-day annual festival - said that more than 200 writers and scholars from 12 countries - including Germany, the US and South Africa - participated in the festival. 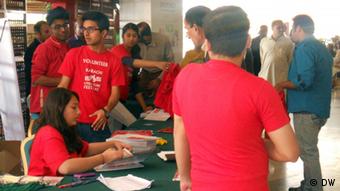 The festival attracted a large number of students

Amina Syed, managing director of the Oxford University Press in Pakistan, told DW that more than two hundred literary, academic and artistic sessions were held at this year's event. She said that 23 books were also launched at Karachi Literature Festival to promote the culture of book reading in Pakistan.

"We also organized interactive sessions between the authors and the readers at the festival," Syed said.

According to the organizers, a large number of people - including students and common Pakistanis - attended the festival despite the fact that political violence and targeted killings of political and rights activists have badly affected urban life.

The international participants of the festival said that Karachi Literature Festival was an effective way to show the "peaceful" and "educated" side of Pakistan.

Declan Walsh, bureau chief of the New York Times in Pakistan, told DW that the festival had become a symbol of growing literary stature of Pakistan writers in the world since its inception in 2010. 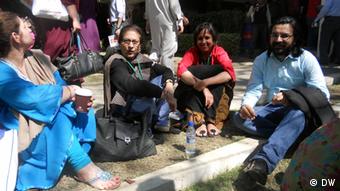 "There has been a considerable increase in the number of Pakistani writers who are writing in English. Authors like Mohammed Hanif, Nadeem Aslam and Kamila Shamsie are not only appreciated in Pakistan but also internationally," said Walsh, adding that this was a sign that Pakistani literature was being acknowledged globally.

US documentary maker Cathryn Collins said that such festivals presented the softer image of Pakistan. "We don't hear much about Pakistani culture in the West. We don't know much about the people who are creative, who are writing stories, painting, and doing amazing work," Collins told DW. She said she was delighted to be part of the festival where she got the opportunity to interact with the Pakistani intelligentsia.

For Izzeldin Abuelaish, a Palestinian author, the Karachi Literature Festival was proof that Pakistanis rejected violence and terrorism. "It is a clear message that people want to move on," he said.

The Chinese writer Mo Yan has been awarded the Nobel Prize for Literature. DW spoke to Dr. Wolfgang Kubin, Professor of Sinology at Bonn University, shortly after the Nobel Committee made its announcement. (12.10.2012)