A hat is a must: the posh tradition of Royal Ascot

It's all about royals, riders and noble horses once again. For the 307th time, the world's most famous and prestigious horse race is taking place on the Royal Ascot Racecourse. Here's a style guide for the event.

The Ascot Racecourse, in the southern part of England and west of London, is not only the meeting ground of highly ambitious riders and fast horses, but also one showcasing sophisticated English tradition and culture.

The prestigious event, taking place this year from June 19 through 23, is also one where people go to see and be seen. Visitors only show up wearing their finest attire, without forgetting the most important accessory: the hat.

The Brits are renowned for their extravagant and sometimes questionable hats — although nowadays, they only wear them for special occasions such as weddings and, of course, horse races.

The Ascot Gold Cup takes place on the third day of the event. It is horse race for stayers, or long-distance performers, and it's seen as the most important race of the Royal Ascot. Inofficially, the day is known as  "Ladies' Day" since women present themselves in particularly exquisite outfits, and with truly extraordinary hats. 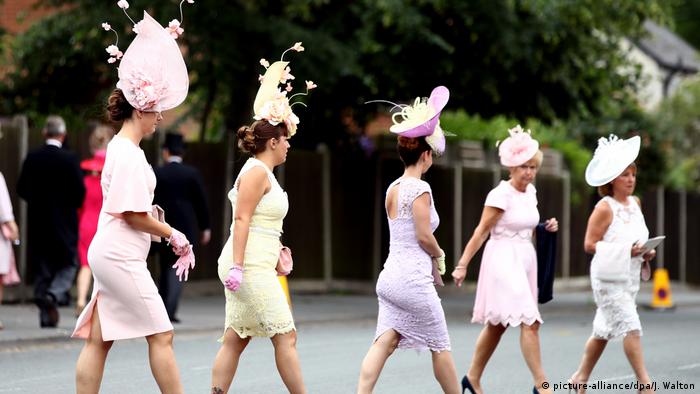 Hats have a long tradition

The art of making hats originates in 17th-century England and France. In the 20th century, hats were "the" most important fashion accessory. Nowadays, hats have lost in their symbolic significance, and are considered to be more of a trendy object. At events attended by nobility, however, the wearing of a hat is still obligatory, as is also the case for the Royal Ascot. Hat show in Ascot — who's got the most extraordinary head decoration?

Although Lady Diana rekindled the fashion accessory by wearing all kinds of hats on all kinds of occasions, they have never again become a part of daily attire. And yet, England has continued to celebrate its hat fashion, firmly integrating it into its fashion world.

Every year, the organizers change details of the Royal Ascot Style Guide to accommodate current fashion trends. That's why, last year, the jumpsuit was incorporated into the style guide.

The fascinator, a festive head decoration consisting of materials like feathers, lace or various textiles that are fixed to the head by means of an alice band or a comb, had once been acceptable, but was outlawed for visitors of the Royal Lodge in 2012. At least in this part of the premises, you just can't get around wearing a hat.

The Royal Ascot was initiated in 1711 by Queen Anne with the aim of selecting fast horses for wars. Since 1768, the four-day event now attended by roughly 300,000 visitors every year has had a deep impact on the British sports scene. 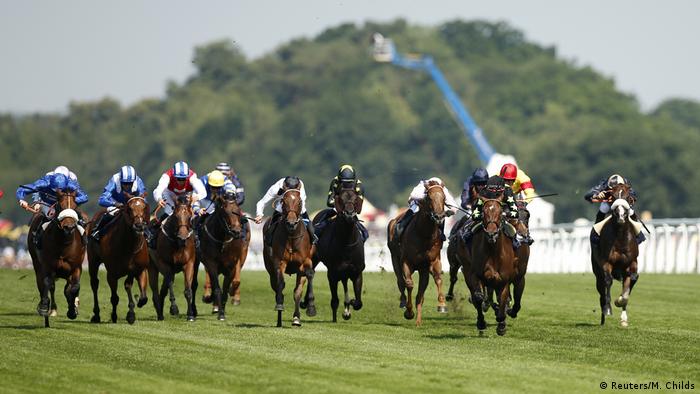 "Flying" horses have a long tradition

The equestrian sport is one of the world's oldest organized sports. Its traditions go back to Babylonia, Ancient Egypt, Ancient Greece and the Roman Empire. The first dated horse race, a chariot race, took place in 680 B.C. as part of the Olympic Games in Ancient Greece. In the Roman Empire, horse races had a political and economic function. The various racing stables called circus parties carried out contests against each other. The entire population could be mobilized by letting them participate in these contests.

Dress codes like the one of the Royal Ascot, however, do not seem to have a long tradition.

Royals: They're just people, after all. And they're even said to have a private life! Kitschy nicknames are proof of that. And despite all efforts, some of them can't be kept secret. (15.05.2018)

It doesn't always have to be the Royal Ascot: Classic horseracing events

The Royal Ascot may be horseracing's most famous event, but there are other locations around the world that host renowned races. They are a showground for horse lovers, the rich and famous, and the beautiful. (19.06.2018)

Guests to the royal wedding were given strict instructions as to how to dress. For the ceremony, that included for women: a hat, a knee-length dress and nylons, neither in white or all-black. For men: a suit or tuxedo. (19.05.2018)