A hard road for girls in Roma settlement | Europe| News and current affairs from around the continent | DW | 06.05.2015

A hard road for girls in Roma settlement

Women in the Roma settlement near Vidin, Bulgaria, seldom have more than two children. Tatiana Vaksberg, who lived there, says there's a good reason for their decision - and it's not just because money is short. 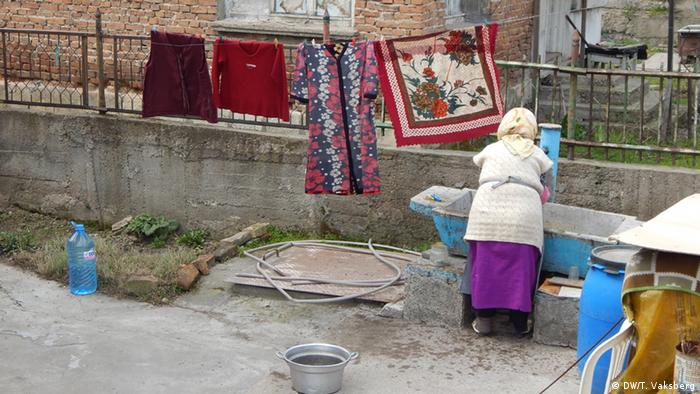 It can be tough to be a girl in the Roma settlement in Vidin. Teddy, who requested her real name not be used, figured that out long ago. It's the reason why she doesn't want to have children. More truthfully, she'd like to have children, but only boys. Her friend already has a child - "luckily, a boy" - but there is no way she wants a second: "If it were a girl then she'd have to get out of here, out of the country!"

I lived in the settlement for a month. During that time I met one mother of five children; the other women had one child or at most two children. They don't want to have more because money is tight. But that's not the only reason, there's another that people don't like to talk about, Teddy said.

The women don't want girls. They are afraid that female offspring will be doomed to the same fate they suffered. That of being married at 14 or 15, having to drop out of school early, no chance in the labor market, living solely to make sure that their husband is comfortable, and then becoming a grandmother at 30.

'My life is already over here'

"I am 35 and am taking care of a two-year-old grandchild," said Ani. As she says it, there is a hint of sadness in the realization that she is already a grandmother at an age when many women in other parts of Europe haven't given birth to their own children. 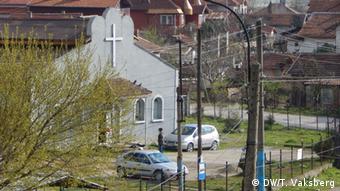 Churches are among the few fighting for girls' rights

But something else bothers her as well: "I constantly beg my husband to move to Germany. My life is already over here. I have a grandchild, but I don't know anything about life itself. I could get another chance if we moved to Germany. Women can even work there and not just serve their husbands."

Child brides are a well-known phenomenon, but why are thousands of underage girls forced into a life that is incompatible with their young age? There are various answers in the Roma settlement, but they all boil down to one common denominator: a woman is supposed to give her virginity to her husband. Child marriages are the only guarantor of that.

"I told my son that he had to get a girl quick, otherwise someone else would snatch her up," said Ivan, who told me about the man's role in marriage. "That was a mistake, the girl was just 13 when they married. She ended up having several abortions. At the time, the doctor said that they shouldn't have sex for at least a year."

Ivan and his wife then took their stepdaughter in to protect her.

"My son began to cheat on her," Ivan said. "He was young and we couldn't do anything about it…"

'We just went and took her'

"Girls were just stolen, and if they resisted you could rape them to make sure that they only belonged to you," he said. "It was different with us, we just went and took them." 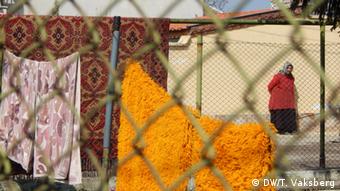 There is a helplessness in his gaze, as if asking whether I understand the difference.

"You didn't agree with him did you?" asks Milena, the stepdaughter, when she later hears about the conversation.

She and I became friends while I was living in the settlement, and she is absolutely livid, saying it was an outright bride kidnapping. This monstrous tradition is still popular, less so than before, perhaps, but all of the girls are still at risk.

"Your daughter too?" I asked, then watched as Milena's gaze sank and the self-rolled cigarette in her left hand trembled between her fingers. She ran the fingers of her right hand hectically through her hair and her voice became rough: "Stop it! Please just stop it!"

I never saw her so full of terror. Milena is a courageous woman. Her daughter was raised with a sense of love, freedom and equality, and knows that a woman has the right to decide her own fate. Milena is somewhat like a dissident among the mothers in the Roma settlement, one who gets no help from the state, the community or any other public institution in her fight against injustice. Only the grade schools and the influential Protestant churches in the settlement fight against child marriage. 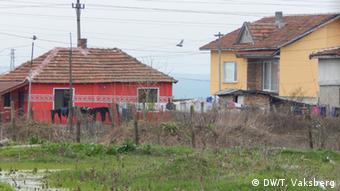 Many girls and women want to leave Bulgaria for Germany

The idea that women can live a free life seems far-fetched to people in the Roma settlement. That is why most of the girls here lie and say they chose to marry young. Saying anything else would cause them major problems as they would be punished by everyone around them.

Two other women tell me about collective punishment. One is a 23-year-old teacher who only got her break thanks to her well-educated and progressive family. The other, Shana, said she wants "to turn back time and become a journalist." She said she would have been too scared to do it before, as she plays with my camera and curiously checks out its various buttons. "But if you want to do something like that, you can't marry. You have to get out this place. And if you fail? Then you don't have a job, or a husband. And no more roots."

And there is no help in sight either. We are sitting in a bar. Shana and three other women tell me that women aren't actually allowed to go out at night, they have to stay home and take care of the family. My bar mates are all in agreement that the only way out of this dead-end is to go to Germany. "Why Germany," I ask. "Why so far away? You could do it in Bulgaria, in different surroundings. Where women can get an education, make their own decisions, and go out at night if they want."

"Yes, in theory," they answer. "But Bulgarians insult us as dirty gypsies wherever we are. So we're better off going to Germany, where at least we wouldn't have to suffer that indignity."

Bulgarian Roma: Life behind the wall

The Roma settlement in the Bulgarian city of Vidin is hidden behind a wall. People dig holes through it rather than walk around it. DW reporter Tatiana Vaksberg lived there for a month. (07.04.2015)