For the first time in 145 years, a woman is heading the orchestra at the Bayreuth Festival. Oksana Lyniv has the courage and assertiveness. Arts.21 followed the conductor on the road, from the black sea to the green hills of Bayreuth. 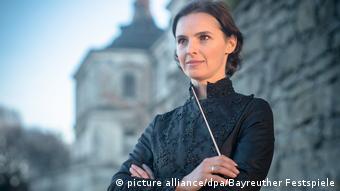 Oksana Lyniv is one of the most exciting conductors of her generation and recent years have seen her take the international music scene by storm. Born in 1978 in Brody in western Ukraine, Oksana Lyniv became associate chief conductor of the Odessa National Academic Opera and Ballet Theater in 2008, proving to her home country that a woman on the conductor´s stand could be taken seriously. 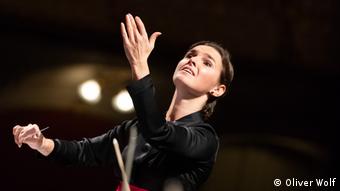 In 2013 Kyrill Petrenko brought her to Munich as his assistant. The move marked the launch of her international career. 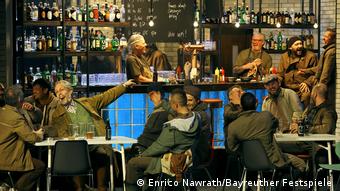 Set of "The Flying Dutchman" at Bayreuth Festival 2021

Lyniv has now made history, becoming the first woman to conduct the orchestra at the famous Richard Wagner Festival in Bayreuth. "The Flying Dutchman," staged by Russian star director Dmitri Tcherniakov, premiered on 25 July. 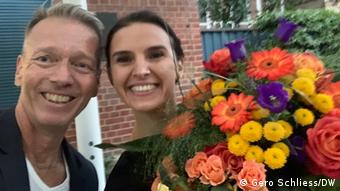 Arts 21 travels with Oksana Lyniv to her homeland - first to Kyiv and the historic Maidan square, where the conductor opens up about her political commitment and discusses Ukraine´s political and cultural ties to Europe; then to Odessa, a place very dear to her heart; on to Lviv, where she still feels at home and has founded her own "LvivMozArt" festival - and then finally to Bayreuth.

We've all heard it at weddings and in movies: "Till death do us part." But what if the vow was "Till my death sets you free"?