The year's biggest army drill is taking place in the center of Russia's vast territory, between the Urals and Siberia. The war games also involve naval ships and military jets, plus troops from other ex-Soviet states. 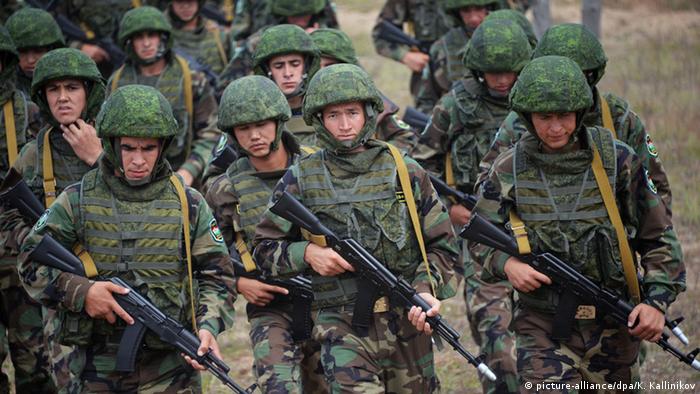 Russia's defense ministry described the operation, which began on Monday, as the "most large-scale drill of 2015."

The war games are taking place at 20 sites across Russia's central military district, one of four formations of the country's armed forces. More than 95,000 troops are taking part, out of an estimated three-quarters-of-a-million-strong active force.

Military officials said the drills were aimed at testing the readiness of the military to "manage coalition groups of troops in containing an international armed conflict."

Twenty naval ships and up to 170 aircraft are taking part in the exercises, which run until Sunday, and will be observed, on at least one of the days, by Russian President Vladimir Putin. 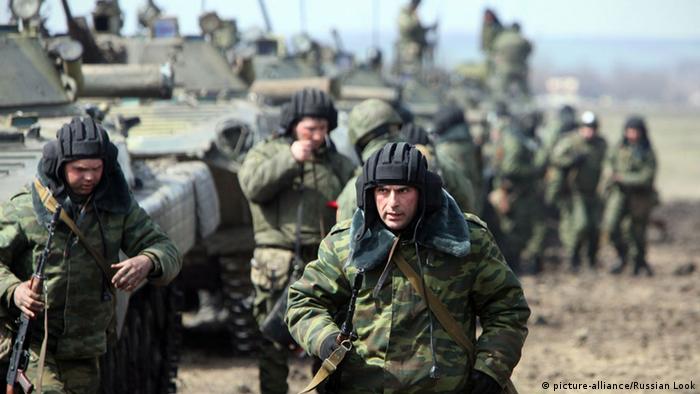 The military drills, which began on Monday, feature every branch of the Russian armed forces

The main action take place in the Ural mountains, the Siberian Altai and southern Astrakhan regions and the Caspian Sea, according to the troop commander for the Central Military District.

Kazakh forces are also participating in the drills, as part of a post-Soviet military alliance known as the Collective Security Treaty Organization.

Both Russia and NATO have conducted several military exercises in eastern Europe over the past year, in light of the Ukraine conflict and Russia's annexing of Crimea. Moscow is accused of sending troops and weapons to aid pro-Russian separatists in eastern Ukraine, which the Kremlin denies.

The Russian state-run news agency Tass reported recently that 79 military exercises had been held by Russia in August alone, as tensions with the West remain high.

NATO is planning its own major drill at the end of September called Exercise Trident Juncture 2015.

As the latest Russian war games got underway on Monday, Ukrainian President Petro Poroshenko renewed his call for "defense weapons" from the West to help in the fight against the separatists.