Ridley Scott's science fiction film hit cinemas in 1982, later earning die-hard fans. "Blade Runner 2049," to be released on October 6 in the US, links to this legacy. But what makes "Blade Runner" a cult hit today? 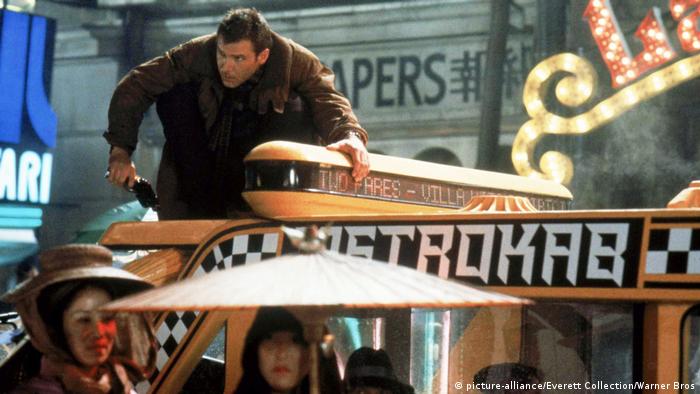 When "Blade Runner" came out in 1982, it didn't do exceptionally well at the box office. Five years after the start of the space opera "Star Wars," movie-goers were apparently not yet ready for the extremely dark world proposed by filmmaker Ridley Scott and his artistic team.  That same year, the greatest box office hit was incidentally another science fiction film, Steven Spielberg's "E.T." 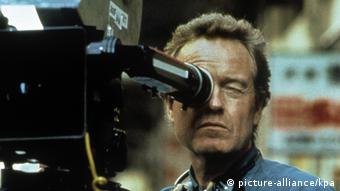 "Blade Runner" nevertheless became a cult movie, even though it was way more bleak and mysterious than the other science fiction cult hits.

The biggest showpiece of the film is the dark and mysterious universe created by the director, cinematographers and set designers.

It portrays Los Angeles in 2019 as an overcrowded city where rain constantly falls from the sky. A mishmash of languages dominates the scene. Skyscrapers actually reach the stratosphere. Average people walk through decaying urban canyons on foot while the rich are ensconced in pyramid-like buildings.

2. Looking into the future

Unlike "Star Wars" or "Star Trek," "Blade Runner" was not completely decoupled from the here and now. Through the filmmakers' presentation of the city and street landscapes, one could actually imagine a future built on remnants of the present. Huge billboards advertise Pan Am, Coca Cola or TDK. "Blade Runner" also anticipates the traffic gridlocks and environmental collapse in the mega metropolises of the 21st century. 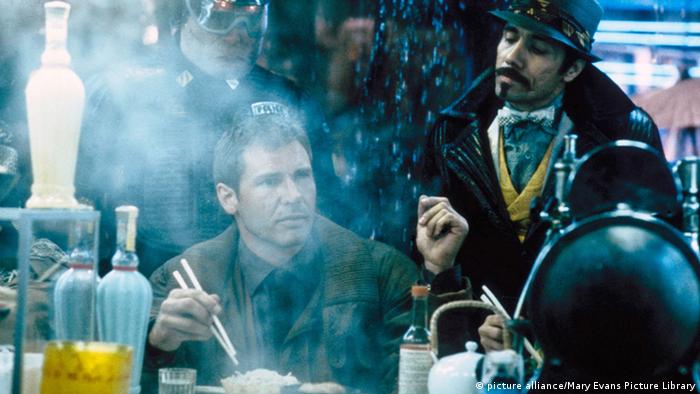 "Blade Runner" does not just play with science fiction aesthetics. The film also pays homage to the film noir of the 1940s. Black and white, all possible shades of gray, brown and sepia tones give the film an inimitable look.

Rick Deckard, the police officer in the Blade Runner unit, is a grandson of detective characters such as Raymond Chandler's Philipe Marlowe and Dashiell Hammett's Sam Spade. Harrison Ford, who plays Deckard, confidently walks in the footsteps of film noir actors Humphrey Bogart and Robert Mitchum. 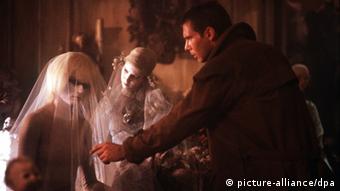 The story of "Blade Runner" (based on the novel "Do Androids Dream of Electric Sheep?" by Philip K. Dick) revolves around a so-called blade runner hunting four artificial human beings, known as the replicants, who are illegally present on the earth.

The film simultaneously transcends the classic sci-fi genre film by provoking the audience with a number of barbs and questions. This provides immense depth to the story.

As simple as the basic story is, the deeper layers of the plot are always surprising and diverse. According to film journalist Kata Kirste, Ridley Scott "creates a highly individual work that asks no less than the question of what constitutes the identity of man. Not only is there a phonetic similarity is the names Deckard and Descartes, but a philosophical subtext shines through the narrative, his central motif the problematic of being and consciousness." Indeed, the film considers a spectrum of religious, philosophical, ethical and aesthetic questions.

The success of "Blade Runner" as a unified artistic work is due in no small part to the film's convincing ensemble of actors.

As the doubtful, brooding and self-questioning replicant hunter Deckard, lead actor Harrison Ford gives one of the best performances of his career. "Blade Runner" also features Dutch actor Rutger Hauer as the leader of the replicants – his best-ever film performance. And actress Sean Young plays the greatest role of her life as the sad and unsettlingly beautiful replicant. 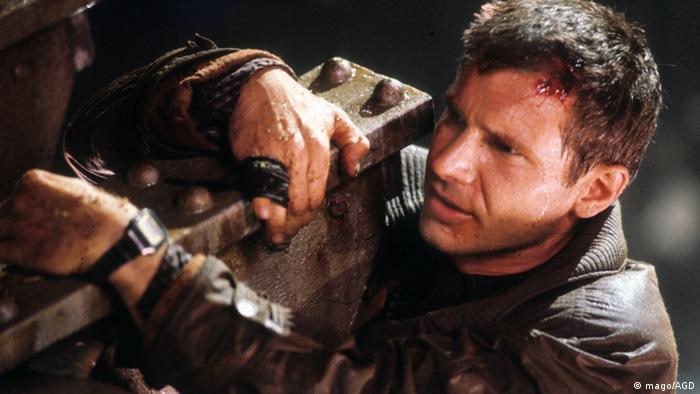 The melancholic love story that develops between Deckard and Rachael adds a melodramatic layer to the science fiction film that is primarily carried by its masterfully staged action scenes. Ridley Scott magnificently unites action and love, making each unimaginable without the other. This also gives "Blade Runner" its inimitable aura.

The film score by Greek electro-pioneer Vangelis also contributes significantly to the timeless feeling of "Blade Runner"; 35 later, the movie hardly seems to have aged at all.

In 1982, the same year that "Blade Runner" hit box offices, Vangelis won the Academy Award for Best Original Score for his prior musical work on the British drama "Chariots of Fire." Vangelis' "Blade Runner" soundtrack sucks the audience into the action through the entire film.

The Retrospective section of the 67th Berlin International Film Festival is dedicated to one of the most visually stunning genres: science fiction, with films showcasing imaginary worlds in an imperfect future. (17.02.2017)