Born 125 years ago: Celebrating the films of Fritz Lang

"Metropolis" was his most famous work. One of the most influential filmmakers in the history of cinema, Fritz Lang was born 125 years ago on December 5 - an opportunity to rediscover his masterpieces.

His famous silent films have been shown in countless retrospectives in Germany, especially after their careful restoration. Few other films have been as often discussed in books and theoretical studies as "Metropolis." And there are many other good reasons to study and celebrate Fritz Lang's work.

If one can consider a filmmaker born in Austria who worked for a long period in the US a German, Lang is among Germany's most successful cultural exports. Officially, he was the citizen of three countries: Austria, Germany and the US.

His first success came in 1921 with "Destiny," after which he would further direct several monumental films. They made him world famous: "Die Nibelungen," "Metropolis," the "Dr. Mabuse" series, as well as his most influential masterpiece, "M."

Career in Germany and the US

When Hitler came to power in 1933, Joseph Goebbels tried to enlist the filmmaker to produce propaganda for the Nazis. Although Fritz Lang had always claimed he had fled the country right after meeting with the minister of propaganda, he actually spent a few extra months working in Germany before leaving for Paris. This little-known fact was revealed in a recent biography by Norbert Grob. 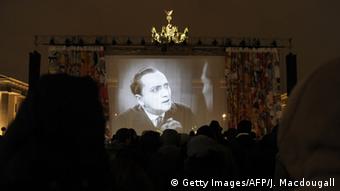 After his stay in France, the filmmaker moved on to Hollywood, where he pursued a successful career as director, without ever quite fitting in the rigid Hollywood studio structure.

He probably did not have the right personality for a system where producers and studio executives were more powerful than film directors, writes biographer Norbert Grob.

Grob's detailed examination of Fritz Lang's life uncovers another event which sheds a different light on his films. His first wife died of a shot in the chest at home under unclear circumstances - right after discovering Fritz Lang in a room with his mistress and later second wife, Thea von Harbou. Lang was suspected of murder - and acquitted later on, but the whole experience traumatized him.

After that, Fritz Lang began to write down everything he did. He was probably trying to regain control of his life. His subsequent movies often dealt with stories of people being wrongfully accused.

He returned to Germany after the war and directed three more films, but they were not as artistically inspired as his earlier work. Nevertheless, 125 years after his birth, he is still remembered as a visionary filmmaker who has left the world many breathtaking masterpieces.

Early German films included more tyrants and murderers than movies from elsewhere. Did they foretell the Holocaust? A recent documentary explores the Jewish film critic behind this theory. (27.05.2015)

Heidi forever: Switzerland's most famous orphan is back

Everyone knows at least one version of Heidi, the Swiss character created over 135 years ago - whether as a Japanese anime or as a little girl who interrupted a tight football game. Now Bruno Ganz stars in a new film. (03.12.2015)

A pioneering glaciologist, Claude Lorius had already warned the world about climate change in the 60s. While these issues are now being discussed at the Paris Climate Conference, a new film explores his life. (01.12.2015)