Martin Schoeller zips through the exhibition rooms, inspecting how his photographs are displayed. He briefly pauses to discuss lighting details with curator Anke Degenhard. As Schoeller nods in satisfaction, his dark blonde dreadlocks follow his head's rapid movements.

The photographer, born in 1968, has been living in New York since the 1990s, but often comes to Germany. The idea for this unique photo project with Holocaust survivors came during a meeting with Kai Diekmann at the Paris Bar in Berlin. The former editor-in-chief of the German tabloid Bild has long been chairman of Germany's Circle of Friends of Yad Vashem, the Center of Holocaust Remembrance in Israel. 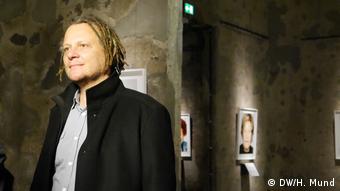 75 portraits for the 75th anniversary

Yad Vashem was chosen as the location for the photo shoots — a familiar place for all survivors, Schoeller told DW. The board of the World Holocaust Remembrance Center in Jerusalem quickly agreed to the project, and was given the responsibility of selecting the 75 people to be portrayed, to mark the 75th anniversary of the liberation of the Auschwitz concentration camp on January 27, 1945.

The Holocaust survivors, some of them over 90 years old, already know each other. They come regularly to the remembrance center to share their story with visitors and youth groups from all over the world. Auschwitz survivors such as Bat-Sheva Dagan, born in 1925 in Poland, are deeply committed to education, reports Israeli curator Vivian Uria, who developed the exhibition with her German colleague Anke Degenhard. 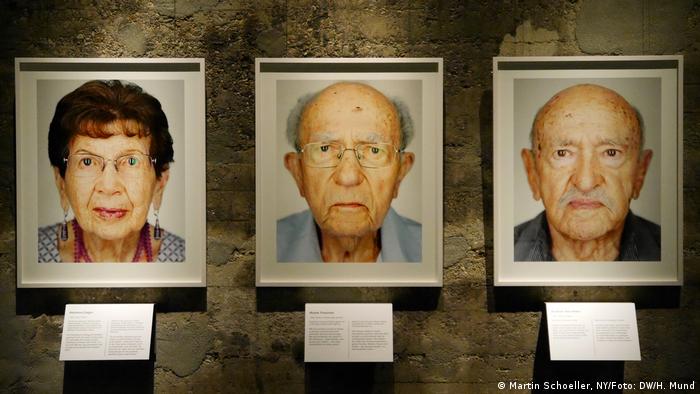 Schoeller's portraits are accompanied by the life stories of the Holocaust survivors. Left is Bat-Sheva Dagan

Art instead of coal

The building is unusual for an exhibition: the former Zollverein Coal Mine Industrial Complex used to be a center of coal extraction and coking in the industrial Ruhr area, and the exhibition space served as storage space for tons of hard coal.

When Anke Degenhard discovered the location, she enthusiastically sent photos of it to Martin Schoeller. He was not entirely convinced to start out with. The extremely high concrete walls are roughly plastered, revealing traces of the work that formerly took place there. Metal plates and railings bridging the factory areas, typical architecture in the mining industry, are additional structures in the building. But Schoeller quickly realized that the industrial space would add strength to his large-format photographs.

From the top of the huge cube where the exhibition is held, you cannot see the floor. The bottomless view is dizzying. High above a metal railing, a projector shows a video on the process of creating the photos at Yad Vashem. Allowing visitors to witness how the works were created was really important to the photographer, explains curator Degenhard. 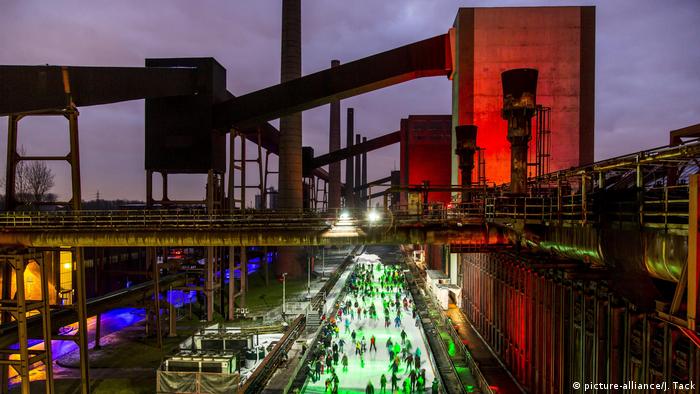 Schoeller was assistant to star photographer Annie Leibovitz for three years between 1993 and 1996, working with her in New York and on photo shoots around the world. Through Leibovitz, he gained access to the US art scene. 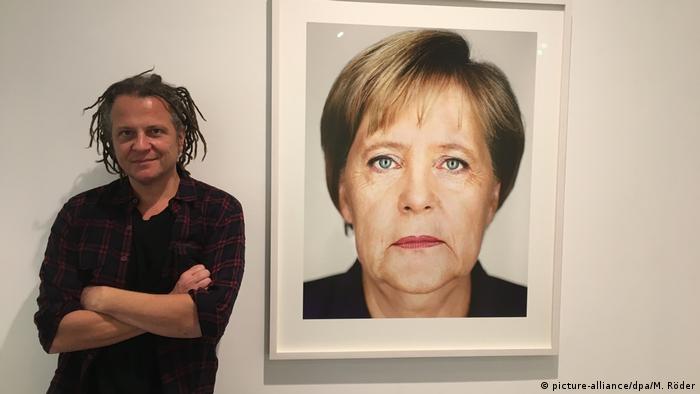 Schoeller has portrayed more than a 1,000 personalities, including Chancellor Merkel

All equal in front of the camera

Martin Schoeller, born in Munich and raised in a family of intellectuals in Frankfurt, sees his work as a photographer as a contribution to democracy in a troubled society: "It's terrifying to see how anti-Semitism is currently breaking new ground in Europe and elsewhere," he says. "And I think we can only move forward as human beings if we are willing to learn from history," he added.

For Schoeller, all the people he gets to portray are equal, whether they are stars or homeless New Yorkers. His photos reflect Article 1 of the Universal Declaration of Human Rights: "All human beings are born free and equal in dignity and rights."

His photos are often polarizing. But hardly anyone remains unaffected by them. Martin Schoeller now works as a star photographer for renowned magazines such as Rolling Stone, National Geographic, GQ, Esquire and Time Magazine. His works are found in major collections worldwide. The exhibition "Survivors. Faces of Life after the Holocaust" will travel worldwide after its debut in Germany. The next stops are Toronto and Maastricht, says curator Anke Degenhard, and they hope to keep the show running in different locations around the world for the next 10 years.

The series of portraits of 75 Holocaust survivors can be seen at the former Zollverein Coal Mine Industrial Complex in Essen until April 26, 2020. The photos are also collected in a book published by Steidl Verlag, with a foreword by former German President Joachim Gauck.

As the exhibition "Survivors. Faces of Life after the Holocaust" opens in a former coal mine complex, DW met photographer Martin Schoeller and the curator of the show to find out how it developed. (21.01.2020)

The small brass "stumbling blocks" are familiar to anyone who has walked the streets of Germany. Each one commemorates a victim of the Nazi regime, and now the 75,000th stone has been laid in a small Bavarian town. (29.12.2019)

Few Muslims have visited the notorious site of some of history's worst atrocities. But high-ranking leaders of Muslim and Jewish communities are coming together to mark 75 years since the concentration camp's liberation. (19.01.2020)

In 1942, leaders of the Nazi regime met in a mansion in the west of Berlin to plan the "final solution of the Jewish question." Here's what's new at the upgraded exhibition of the House of the Wannsee Conference. (17.01.2020)

Anti-Semitism still plagues Europe and the rest of the world, 75 years after the end of the Holocaust. This week, leaders from 40 different countries will meet in Jerusalem to discuss the problem. (21.01.2020)

From John Lennon to Queen Elizabeth II, she's photographed the world's top celebrities, becoming one of them along the way: Annie Leibovitz is now 70. (01.10.2019)

Martin Schoeller: The art of portraits

With his moving photos, David Seymour documented the plight of children as victims of war for UNICEF. The UN Children's Fund now turns 75.

From "Jaws" to "Schindler's List" and most recently "West Side Story," the Hollywood titan shines in all film genres. And he's still helming ambitious projects.