Once a month, Euromaxx presents exclusive living spaces: Houses, flats and apartments all over Europe. The first house built by robots is located in Dübendorf near Zürich. 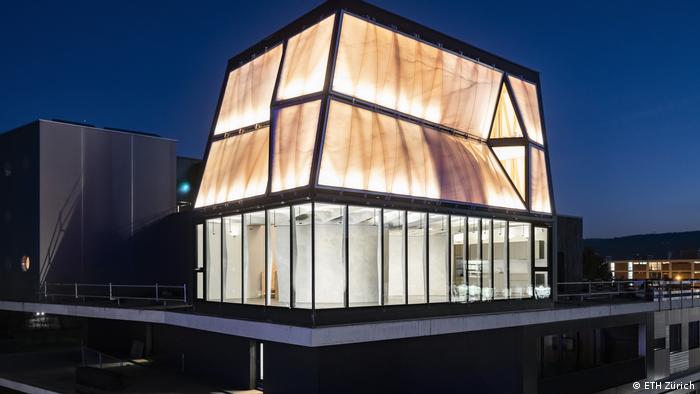 The DFAB House is the first residential house worldwide to be planned digitally and built using 3D printers and robots. It is located on the NEST of the Empa Campus in Dübendorf, Switzerland. NEST is a research building of the two institutes Empa and Eawag. Konrad Graser, who himself studied architecture at the ETH Zurich, was project lead of the research project and is proud that the DFAB House, which was completed in 2019, was not only digitally planned but also to a great extent digitally built. Researchers from a total of eight ETH professorial departments worked on the building, in collaboration with industrial partners.

The three-story DFAB House is located on the uppermost of three platforms at the NEST building at the Dübendorf campus. The word “NEST” may remind us of incubators, but the abbreviation actually stands for “Next Evolution in Sustainable Building Technologies” and describes a modular research building. New residential and research modules are added or replaced again and again on the three carrier platforms. 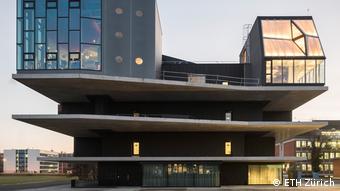 The NEST complex consists of a central fixed building core, with an atrium, community and utility rooms, onto which different building modules – so-called units – can dock. For the construction of the unit DFAB House, for which Konrad Graser was co-responsible, researchers transferred several novel digital construction technologies from the laboratory into real-world residential applications.

The pilot project wants to show both to what extent digital technologies make building more sustainable and efficient and can also increase the potential for new design ideas.

Robots, AI and 3D printers on the construction site of the future

One of the new construction techniques is called “Mesh Mould”: Based on a computer model, a two-meter-tall robot on site builds a load-bearing wall. To do this, it bends wire into shape, welds it into a mesh structure and cuts off the excess trim. Then workers pump cement into the structure and trowel it off by hand. This technique saves both material, energy and costs as well as allowing for many different geometries. 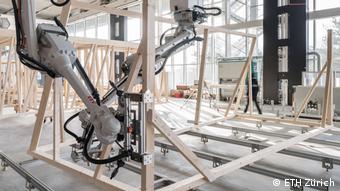 Two robots working in tandem prefabricated the components of the load-bearing timber construction of the two upper floors. One robot holds the wooden beams while its counterpart saws and drills. The tools are changed automatically. The individual, irregular wooden frames have been arranged in complex geometry and look like old-style half-timbered houses.

Posts with variable cross-sections for the glass façade were also manufactured automatically. Using the “sliding construction method”, robots filled a 40-centimetre high formwork segment with concrete and simultaneously pulled it upwards. The segment contains two metal plates that are moved by actuators and adjust the cross-section, which allows different shapes to be created.

The “Smart Slab” process can also be used to create individual complex concrete structures: A 3D printer produced the formwork for the floor slab. Compared with a conventional concrete slab, this printed version saves on building materials and is also lighter. The almost chiseled ceiling, together with the undulating, robotically created concrete wall, characterizes the aesthetics of the living room. The architectural potential of digital construction technologies is immense, according to the researchers’ findings.

The doorbells show that the DFAB House is more than a pure laboratory project. They bear the names of academic guests who have lived here for more than half a year. They use the 200 square meters as a platform to test new smart home solutions under real conditions. From the stove to the lights, everything in the house is networked and the photovoltaic modules on the roof supply an annual average of about one and a half times as much electricity as the unit itself will consume.

Come in and have a look around the house of the future for yourself!

Once a month, Euromaxx takes you into the homes of creative people across Europe with the "360° Open House". This time it is about a very special apartment in Austria. (10.09.2019)

Once a month, Euromaxx takes you into the homes of creative people across Europe with the "360° Open House". This time we are heading to the British capital. (09.07.2019)