25 years after the Candelaria massacre in Rio de Janeiro

The murder of a group of street children in Rio de Janeiro sent shockwaves around the world 25 years ago. The Candelaria massacre showed a side of Brazil that doesn’t make the postcards, but is still a reality today. 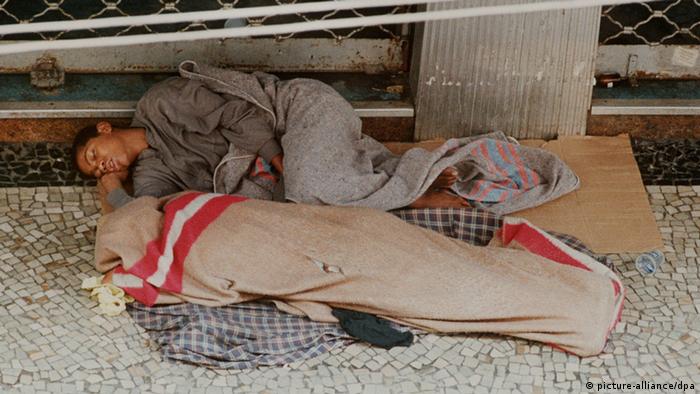 That evening, Yvonne Bezerra de Mello had a premonition. "I gave three boys a coin so they could call me if something was wrong," she says. Then she left the group of 70 street children, who were sleeping rough outside the Candelaria Church in the center of Rio de Janeiro. The date was July 23, 1993. Back then Bezerra was trying to help the children, whom the state had completely abandoned to their fate. The youngest of them were six years old, the oldest in their early twenties.

Today, a quarter of a century later, Yvonne Bezerra is an educator with an international reputation, but what happened that Friday night has shaped her entire life. It became known as the Candelaria Massacre, and it attracted worldwide attention — partly because it showed a very different Brazil to the one on the postcards: a merciless, brutal, socially divided Brazil. "A country that is still that way today," says Yvonne Bezerra.

From her large apartment in Rio's Flamengo district, Bezerra, 61, tells the story of the massacre. A couple of times she gets out some old photos to illustrate it. "When I got to the Candelaria half an hour later there were bodies in front of the church," she remembers. The children were absolutely terrified.

Eight children and young people aged between 11 and 19 were shot dead that night. It soon emerged that the perpetrators were policemen. They were from the 5th Battalion of Rio's military police, which had a sort of death squad whose members were also involved in drug dealing. 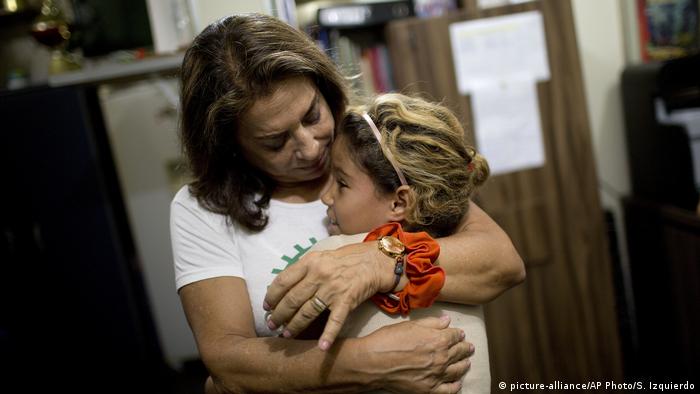 There are different versions of what exactly prompted the policemen to carry out the massacre. It seems that the youngsters had thrown a stone at a police car, which goaded them on. However, Yvonne Bezerra is convinced that it was more about settling scores. "The police were dealing cocaine, and some of the older kids were helping them," she says. Her explanation is that the police took revenge because the kids owed them money.

Seven people stood trial for the murders; three policemen were convicted. One defendant was killed during the investigation, presumably to cover the murderers' tracks. All three of those convicted are already out of prison. Two were freed before the end of their sentences. The main culprit, Marcus Vinicius Emmanuel Borges, was pardoned after serving 18 years of a 300-year sentence, but the pardon was rescinded a year later. He failed to appear when an arrest warrant was put out and is considered a fugitive.

"In this society, poor people and black people don't count," says Yvonne Bezerra. At the time she was vilified as an accomplice of the "vagabonds," as the street kids were called. There were many people who found their presence disturbing, and Bezerra says that in some quarters the massacre was regarded as necessary social cleansing.

For Bezerra, July 23, 1993 was a turning point. From then on she devoted her life to working with children. She founded the renowned educational project Uere, which now runs a school in the favela complex of Mare. To this day she still receives threats as a result of her social engagement.

Bezerra believes that all of the street children from the Candelaria Church are now dead. She maintained contact with some of them for many years, but the last survivor she knew was killed recently by a ricocheting bullet in Mare. "None of the children made it to 50," she says. "Their lives were always marked by violence." One of the traumatized survivors, Sandro do Nascimento, became known for hijacking a bus with a revolver in 2000. He was asphyxiated shortly afterwards in police custody. The Brazilian documentary film "Bus 174," directed by Jose Padilha, tells the story of the hijacking. 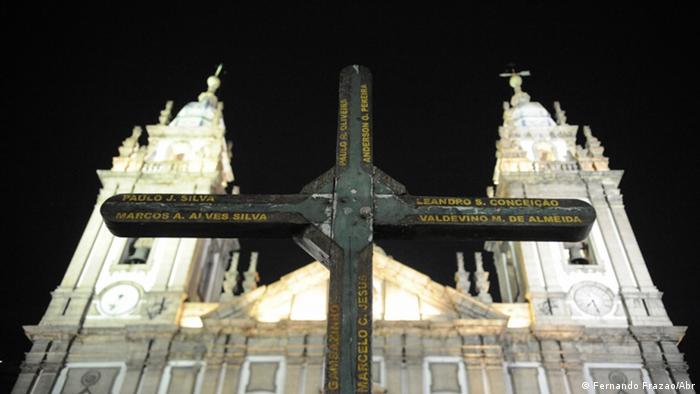 "When I got to the Candelaria half an hour later there were bodies in front of the church," Bazerra remembers

There is one survivor of that night in 1993. Wagner dos Santos' involvement was more or less accidental. After the police had shot six children outside the Candelaria Church, they began searching the surrounding area for more victims. Dos Santos happened to be standing near two street kids and the police tried to kill him, too. He was hit by four bullets, one of which hit him in the face, but he survived and went on to become the key witness in the trial. As a result he was targeted again in another attack — another four bullets, which once again he survived.

Today Dos Santos is 45 years old and lives in Switzerland, for his own safety. "He is blind in one eye and deaf in one ear, and he suffers from severe trauma," says his sister Patricia Oliveira. She sits on a sofa in the office of the organization "Rede de Comunidades e Movimentos contra Violencia" [Network of Communities and Movements Against Violence] in the center of Rio, an organization she founded herself.

She reports that her brother does not believe in justice in Brazil, and says that nothing has changed with regard to the conditions that led to the massacre. The police are still killing young black men with no repercussions, she says. Today, Wagner dos Santos receives a pension from the Brazilian state equivalent to 420 euros ($490). "He wants to finally leave the massacre behind," says his sister Oliviera. "But how is he supposed to forget this violence?"

Yvonne Bezerra also believes that nothing has changed in Brazil since 1993. "State and society tolerate massacres of the poor," she says. Just one month after the Candelaria attack, a police death squad murdered 21 people in Rio's Vigario Geral favela. Of the 52 people who stood trial, seven were convicted, of whom only one remains in custody.

To this day the Brazilian police are still murdering impoverished young black people, especially in Rio de Janeiro. This is compounded by the drug violence in the favelas, which the state allows to continue. Yvonne Bezerra has the statistics: In 1993 around 11,000 young people in Brazil died a violent death. Nowadays, the annual figure is around 28,000. It's a gradual genocide.

Under Brazil's former president Lula da Silva, 30 million people managed to escape poverty and join the ranks of the country's new middle class. Inequality, however, has not disappeared. (26.12.2012)

Once ruled by drugs and violence, Rio de Janeiro's slum district Vidigal is becoming a trendy place to live. This has led to rising prices, causing some of the poor residents to move out. (12.04.2014)

Brazil: Cooking their way out of poverty