A new pharmaceutical company ranking has said the industry is slowly improving access to medicine in low and middle-income countries. But it only mobilized on COVID once the pandemic threatened rich countries. 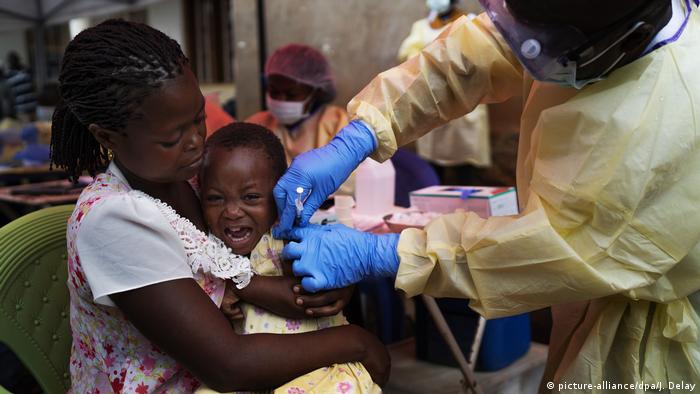 The Index ranks companies on what they are doing to improve access to their medicines in poorer countries.

Pharmaceutical companies "continue to inch forward" to improve access to medicines in poorer countries, said a report published by the Access to Medicine Foundation on Tuesday.

The Netherlands-based nonprofit organisation said there has been progress, but that progress is slow. And profit appears still to be the main driver for research and development (R&D) in medicines and vaccines.

And on COVID-19, the "industry only mobilized once it became clear that the outbreak affected rich as well as poor countries," because that opened up the potential for "substantial recurring pharmaceutical revenues." 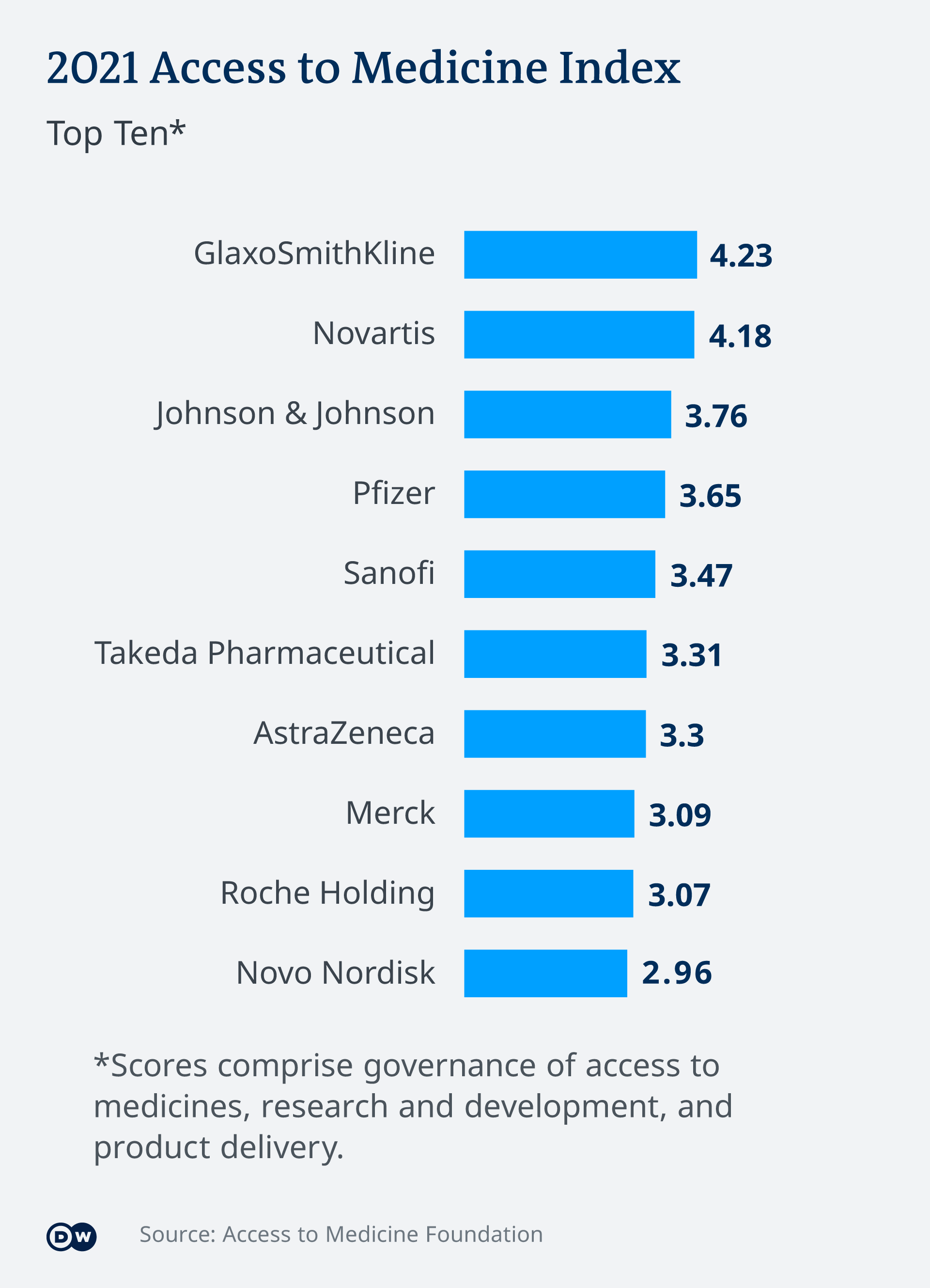 "The state of infectious disease research today is, if I can put it mildly, on thin ice," said Dr. Jayasree Iyer, executive director of the Access to Medicine Foundation, in an interview with DW.

"It's heavily reliant on public funds and the goodwill of a few pharmaceutical companies. Many companies have actually left infectious disease R&D," said Iyer.

"But when we talk about the scale of some of these issues and the knowledge to develop a product, to produce it at scale, efficiently, and deploy it in countries, the world relies on the pharmaceutical industry," she said.

The industry might also argue that it needs recurring revenues in order to be able to respond to public health emergencies, such as a pandemic.

Conditions that get the most attention

Access to Medicine's Index ranks pharmaceutical companies on what they are doing to improve access to their medicines — their products — in poorer countries.

Our graph focuses on the top 10 companies in the ranking of 20.

GlaxoSmithKline has held onto the top position since the last Access to Medicine Index was published in 2018. Pfizer has entered the top five.

Non-communicable diseases, such as cancers, continue to dominate R&D at the top companies. Cancers account for more than two-thirds of all projects.

Among the infectious diseases, HIV and AIDS, tuberculosis and malaria continue to receive the most attention from companies, with COVID-19 joining them in 2020.

Research into maternal and neonatal health conditions increased, but "only slightly," says an accompanying report. That was by 1% of all R&D projects.

Access for Medicine said there has been "notable progress" in planning during R&D to make future products accessible.

"Eight companies are developing approaches for systematically ensuring all R&D projects are paired with plans to increase access in poorer countries soon after launch," wrote the report authors.

But projects targeting neglected tropical diseases have decreased from 90 to 86. 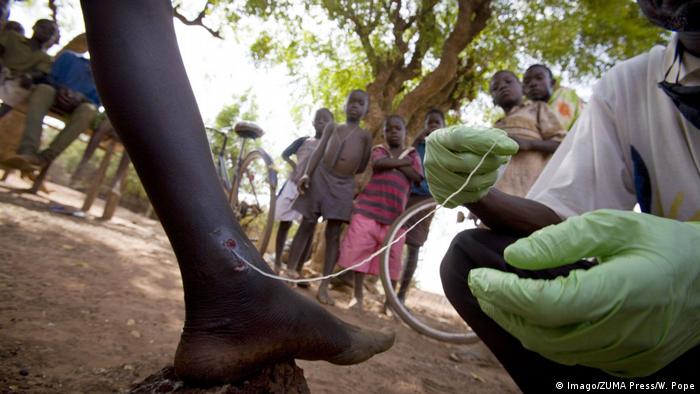 Dracunculiasis, or guinea-worm disease, is contracted by drinking contaminated water

NTDs include dengue, rabies, trachoma, yaws and guinea-worm disease. The latter two have been identified as candidates for disease eradication or disease control.

There are other diseases, such as Ebola, of which there have been a number of recent outbreaks in western Africa.

Those outbreaks, said Iyer, have provided a platform for renewed interest in Ebola, but that interest needs to be maintained and prioritized.

"The more disease priorities are well-defined, the easier it is to engage industry," said Iyer. "And the greater the public funding, and assistance to deploy [medicines], the likelier it is that we see a group of companies engaging on particular issues."

That can also come as a result of public sentiment through awareness campaigns and activism, said Iyer. That has been seen with HIV, for instance.

Planning for the next pandemic

Access to Medicine's findings also show so-called "empty pipelines" for 10 out of 16 of the emerging infectious diseases in the world. Basically, nothing's happening there — no research, no development.

One such example, said Iyer, is Nipah, an infectious disease that transmits from animals to humans, a "zoonotic" virus.

It has been found in Asia, Southeast Asia and Africa, with recent outbreaks affecting Malaysia, Singapore, Bangladesh, India and Thailand. And there is no vaccine.