2019 was Europe's hottest year on record

Restrictions put in place to tackle coronavirus may lead to a drop in greenhouse gas emissions, but the EU warned that the upward trend will continue. New temperature findings have been published on the 50th Earth Day. 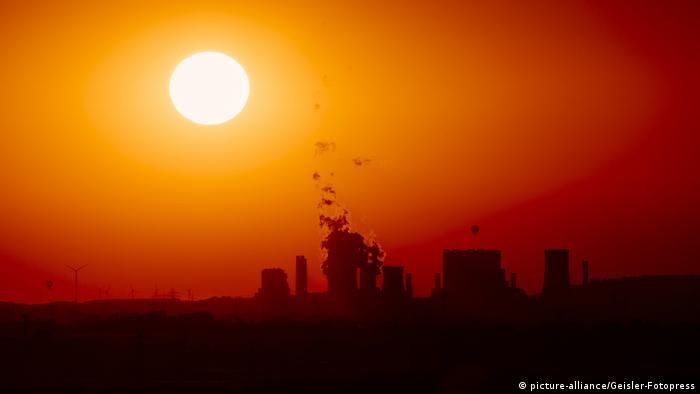 Last year, 2019, was the hottest year in history across Europe, the European Union's satellite monitoring service announced on Wednesday.

The EU's Copernicus Climate Change Service (CS3) said in a new report that 11 out of 12 of the warmest years on record took place since 2000. Areas of the European Arctic were close to 1 degree Celsius warmer than normal.

"One exceptional warm year does not constitute a warming trend, but to have detailed information from our operational service, that covers many different aspects of our climate, we are able to connect the dots to learn more about how it is changing," said CS3's director Carlo Buontempo.

The figures were released Wednesday to coincide with Earth Day, a global event to demonstrate support for environmental protection. Earth day was first celebrated in 1970, making 2020 its 50th anniversary. Large-scale celebrations have been reined in owing to lockdowns in place because of coronavirus.

The report also details the exceptionally wet fall experienced in much of Europe in 2019. Record-breaking levels of rainfall resulted in the wettest November on record for some countries and flooding across southern and western Europe.

Could coronavirus lead to a drop in greenhouse gas emissions?

With much production, transport and other key causes of climate change on hold indefinitely as much of the world comes to a halt during the coronavirus, some climate scientists have called for Europe to take the opportunity to integrate climate action into recovery plans.

"COVID-19 may result in a temporary reduction in greenhouse gas emissions, but it is not a substitute for sustained climate action," the World Meteorological Organization said in a statement.

"We need to show the same solidarity and science for climate action as against COVID-19," they wrote on Twitter. They estimate greenhouse gas emissions may fall by up to 6% in 2020 because of coronavirus.