20 years after Lübeck, refugee hostels are burning again | Germany | News and in-depth reporting from Berlin and beyond | DW | 18.01.2016

Ten people died in 1996 in an arson attack on a refugee hostel in Lübeck. No one was ever charged with the crime. Now refugee hostels are burning again and the arsonists probably come from the mainstream of society. 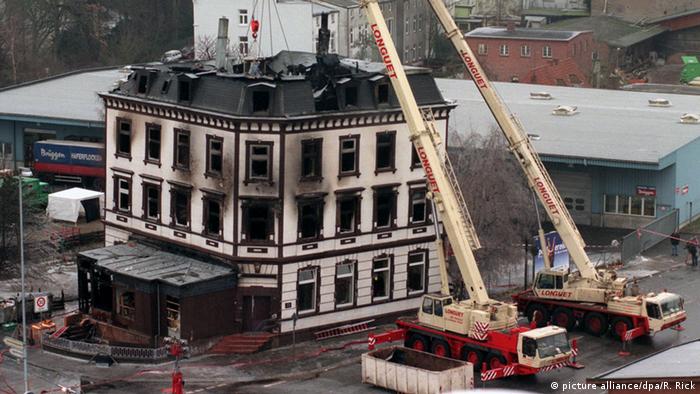 At the moment, pictures of burning refugee hostels fill our TV screens, monitors and smartphones on a daily basis. Like the recent attack in Münsterland – in the town of Borken (population: 40,000) an unknown perpetrator smashed a window in a refugee accommodation center, which had only just been completed. Then they started a fire. At least, no one had yet moved into the facility and no one was injured.

20 years ago in Lübeck, that was different. 48 people were staying in the asylum seekers' accommodation in Hafenstrasse on the night of January 17, 1996. At around half past three in the morning of January 18, the house went up in flames. Some people jumped out of the window; others were suffocated by the smoke. 10 people died and 38 others were injured, some of them seriously.

It was the most serious arson attack on refugees in the history of modern Germany. Lübeck's municipal press office issued a statement to coincide with the wreath-laying ceremony that marked the 20th anniversary of the crime, describing it as one of the saddest days in the city's recent history. 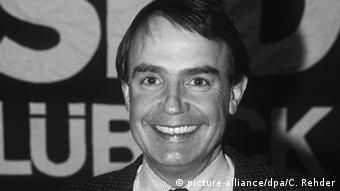 Today, a company parking lot stands on the site of the house at Hafenstrasse 52. On the other side of the road is a little green space with a memorial stone commemorating those who died in the arson attack. The stone has a new bronze plaque.

Michael Bouteiller will be there again this year to remember the night of the fire. Bouteiller, a lawyer, was the mayor of Lübeck for 12 years – including that fatal night.

An indication of the political climate in the city in the 1990s is that when Bouteiller, speaking to television journalists in front of the smoking ruins, was unable or unwilling to hold back his tears over the dead and injured, the Lübeck branch of the CDU conservative opposition party took the opportunity to accuse him of "making a cult of dismay."

Bouteiller's dismay is still apparent today – also at the fact that the fire in Hafenstrasse was not the only arson attack. When interviewed by DW, Bouteiller speaks of the "four years of fires." In 1994, the Lübeck synagogue was firebombed. Another attempt was made to burn it down in 1995. 1996 there was the fire in Hafenstrasse. And in 1997 a Catholic church burned down: Its pastor had given an Algerian family sanctuary in the church.

What Bouteiller doesn't mention is that he himself was targeted at that time with a parcel bomb. One of his co-workers was seriously injured. The former mayor is especially angry that the murder of those ten people in Hafenstrasse remains unsolved. He is critical of the investigation done at the time, describing it as biased. The police, he says, only investigated the people living in the house.

Wolf-Dieter Vogel confirms this. The Berlin journalist has published a book about the arson attack after conducting extensive research. The subtitle of the book describes the investigation as a legal scandal. In an interview with DW, Vogel explains that the police did investigate whether the occupants of the house may have been involved in criminal activity. "However, on the other hand, there was no proper investigation of suspicious right-wing extremists who were in the area on the night of the fire – even though there were a number of indications that they might have been the perpetrators," Vogel says. The journalist is very concerned about the growing number of arson attacks recently. 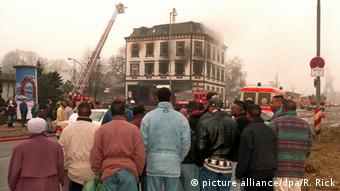 Bernd Mesovic shares his concern. Mesovic is the deputy director of Pro Asyl, a non-governmental organization that works to protect the rights of refugees in Germany. In the past year, Pro Asyl counted 126 arson attacks on refugee accommodation. That's one every three days. "You get the feeling it was sheer luck that no one died in 2015," Mesovic told DW. His organization counted 528 attacks on refugee hostels last year. The Federal Criminal Police Office recorded a total of 924 attacks on refugee accommodation – more than four times as many as in 2014.

Holger Münch, the head of the Federal Criminal Police Office (BKA), addressed this increase in right-wing extremist attacks at the BKA's annual conference in mid-November. His analysis: "The right wing exploits existing reservations in the general population, and works them up in a strongly polarizing way in order to connect with the middle-class mainstream of society."

This approach seems to be successful, as Münch went on to say that "around 70 percent of the those arrested on suspicion of committing crimes against refugee centers are people who until then had not apparently been associated with politically-motivated criminality."

Back in October the Federal Ministry of the Interior, Thomas de Maiziere, expressed concern about the growing number of people resorting to violence. "We have to make them understand that they are committing unacceptable crimes: actual bodily harm, attempted murder, arson attacks," the minister said. De Maiziere observed that two thirds of the suspects were "local citizens who up until now have never committed a crime." This profile fits with latest arson attack in Borken: A witness saw the perpetrator fleeing on a bicycle.