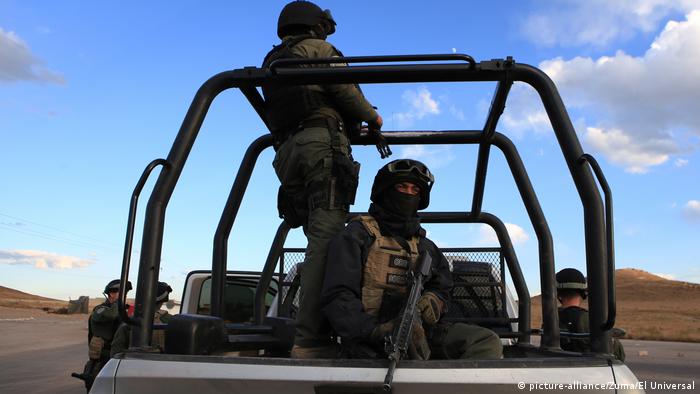 Police found 18 bodies at the scene of a gun fight between two gangs in Mexico's northern state of Chihuahua, officials said on Saturday. Two men were also found wounded nearby, along with two grenades, vehicles and guns. One of the men later died in the hospital.

The shootout occured on Friday night in the town of Madera, a community that has already seen five armed clashes this year.

"The state attorney general, in conjunction with the public safety office and Mexican Army, launched an operation to investigate and locate armed groups that staged a confrontation that left 19 people dead yesterday in the town of Madera," officials said.

Mexico has seen high levels of gang violence tied to drug trafficking. There were 2,585 homicides in the country in March, despite social distancing efforts in the midst of the coronavirus pandemic. There were more than 35,000 murders in Mexico last year.