How eco-friendly are electric cars? | Environment | All topics from climate change to conservation | DW | 04.08.2017

Dieselgate has many people turning to electric vehicles as a more environmentally friendly option. But in some respects, e-cars can be just as bad for the environment as traditional cars. So what's the upshot? 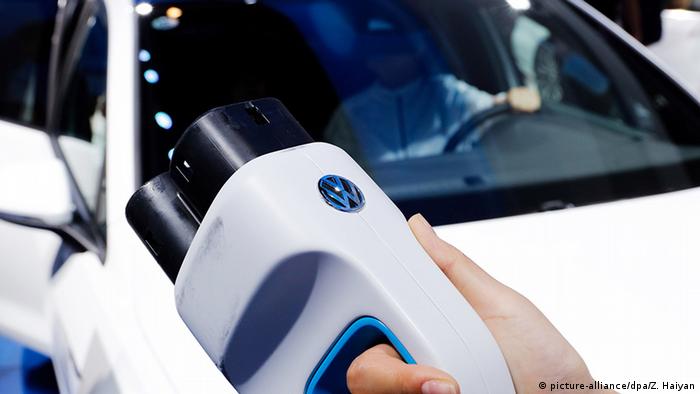 E-cars don't emit climate damaging greenhouse gases or health-harming nitrogen oxide. They're quiet and easy to operate. Electric vehicles seem to have a lot of advantages over cars that run on gasoline or diesel.

Indeed, with revelations about auto industry cheating on emissions tests, many consumers feel deceived - and are looking for ways to escape becoming a victim of the deception. One way to do so would be to switch to an electric vehicle.

Germany, which has pledged to reduce carbon emissions by 40 percent by 2020 compared to 1994 levels, aims to have 1 million electric cars on road by then.

It's not likely to reach this goal. But beyond that, electric cars aren't the perfect solution - for several reasons.

If e-cars are running on electricity produced by burning dirty fossil fuels, climate benefits are limited. 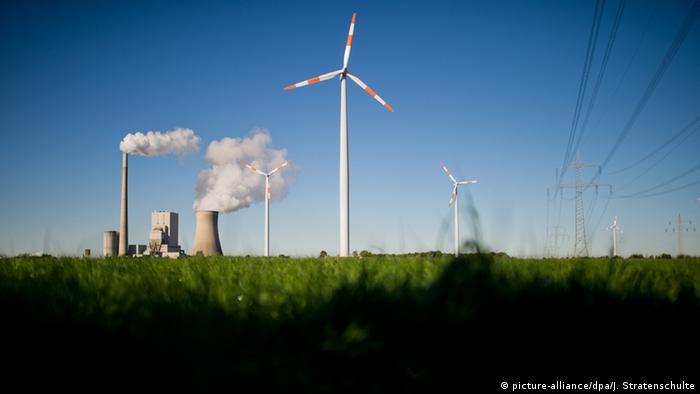 Coal versus wind? One key to how eco-friendly your e-car really is

Because of the complex batteries they use, it currently takes more energy to produce an electric car than a conventional one.

And, disposing of those batteries creates an environmental hazard.

So, how can consumers be sure they're making the right decision?

Shifting emissions off roads - and onto power plants

Under present conditions, the overall carbon footprint of a battery-powered car "is similar to that of a conventional car with a combustion engine, regardless of its size." That's the conclusion of a 2011 study by the Institute for Energy and Environmental Research (IFEU) in Heidelberg.

While less emissions are produced by the cars themselves while driving on the streets, CO2 is still being emitted by power plants to charge the electric cars.

In Germany for example, more than half of Germany's electricity is generated from coal and gas. A person charging an electric car with what regularly comes out of a German power socket would need to drive 100,000 kilometers (62,000 miles) in order to "pay off" this eco-debt, and produce overall less CO2 than driving a gasoline-driven car. 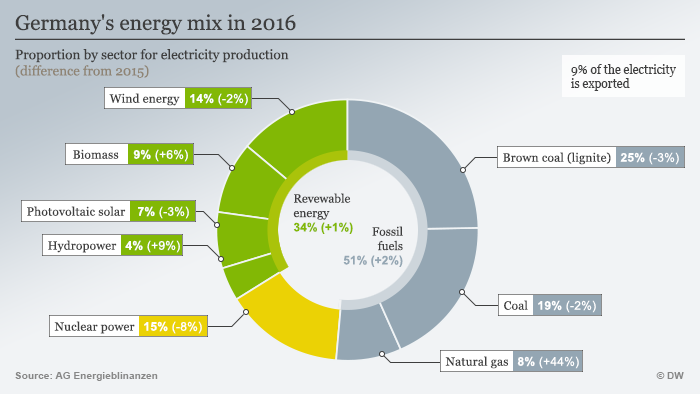 If the car is charged off of green electricity only, this figure is reduced to 30,000 kilometers.

The production of electric vehicles currently poses the biggest environmental problem. According to a study by the Fraunhofer Institute for Building Physics, it takes more than twice the amount of energy to produce an electric car as a conventional one.

The main reason for that is the battery. The institute estimates that each kilowatt hour of battery capacity involves 125 kilograms (276 pounds) of CO2 emissions. For a 22 kilowatt-hour battery for a BMW i3, this translates into almost 3 tons of CO2.

A study by the IVL Swedish Environmental Research Institute found that the greenhouse gas burden of current battery production is 150 to 200 kilograms CO2 per kWh. Battery manufacturing with current technology requires 350 to 650 Megajoule of energy per kWh, the study says.

Batteries also need to be made from minerals such as copper and cobalt, and rare earths like neodymium.

In addition, many automakers use aluminum to build the bodies of e-cars, and a tremendous amount of energy is required to process bauxite ore into the lightweight metal. 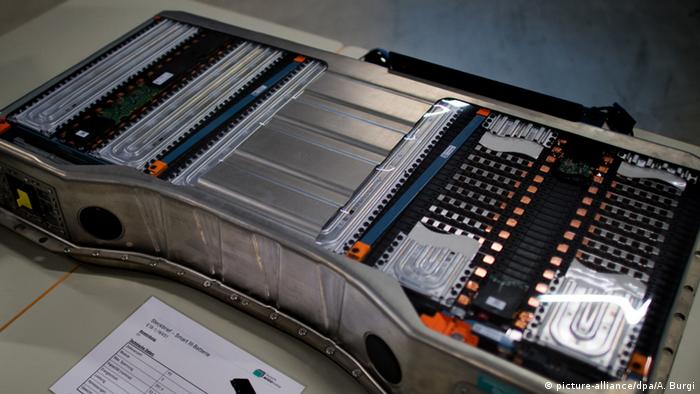 Yoann Le Petit, an e-mobility expert with the Brussels-based campaign group Transport & Environment, says there is a wrong way to go electric - and a right one.

"Manufacturing an electric vehicle today is more energy-intensive than manufacturing a conventionally fueled car," he confirmed to DW.

Once in use, however, electric vehicles are much cleaner and energy-efficient. In terms of the environment, the electric vehicles of today are already performing better than internal combustion engines, he points out.

"And this performance is set to improve as more renewables provide clean electricity to the grid."

Then there are further considerations. The German Environmental Forecasting Institute (UPI) warns that more electric cars could cause more traffic in general.

Norway is the leading country in Europe for electric vehicle sales. However, as the sales of electric cars have gone up, the use of public transport to get to work dropped by 80 percent, according to the UPI.

The environmental organization Greenpeace has warned that the benefits of a conversion to e-cars would be limited if it resulted in more personal car ownership. Instead, governments should focus on electrifying public transport.

However, the German government and the country's car industry are still encouraging private transport, offering buyers an incentive of up to 4,000 Euros to buy an electric caras part of a scheme to subsidize electromobility. 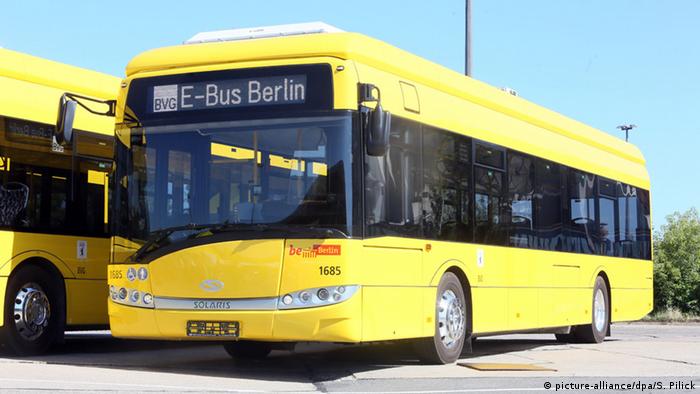 More cities need to make use of electrified public transport

Because of their indirect emissions, there has been controversy over whether electric cars can be called "zero emission vehicles." It's a question with far-reaching consequences.

The EU's new CO2 limits only need to be met on an average that takes account of all the different cars a manufacturer produces. By building "zero emission" vehicles, car-makers can also continue to sell gas guzzlers like SUVs that exceed these limits.

According to the latest research from the Mobility, Logistics and Automotive Technology Research Centre at the Free University of Brussels (VUB), a battery-powered electric vehicle that uses electricity generated by fossil fuels will emit slightly more emissions over its lifetime than a diesel-powered car - still less than a petrol car.

But e-cars that use electricity produced from renewable sources will produce up to six times less carbon emissions over their lifetimes than a petrol car.

This means that in order for the switch to e-mobility to be most effective, countries will have to transition their energy generation in parallel.

Renewables made up about 34 percent of Germany's energy mix in 2016 - by the year 2035, Germany wants 55 to 60 percent of its electricity to come from wind, solar and biomass. 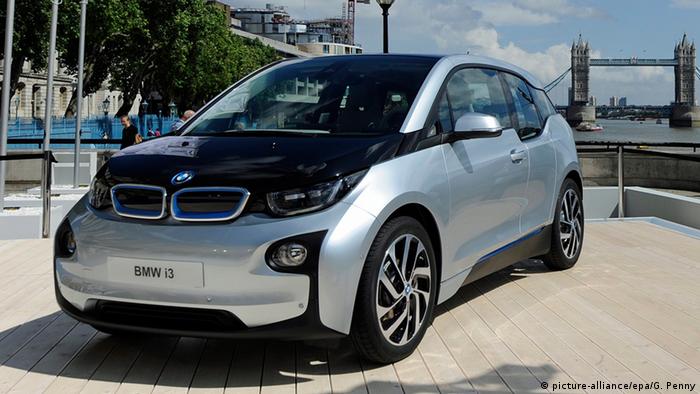 Concerns have also been raised about what happens to the complex batteries, which also contain toxic chemicals, at the end of an electric vehicle's life. Would this create a new environmental crisis?

Not if new solutions being developed to give the batteries a second life are successful.

"A battery can be used for other purposes very effectively - but we need to establish what 'whole life' is for a battery," said Jim Holder, editorial director of What Car?, a UK-based automotive magazine.

At a number of universities, scientists are developing ways to recycle reuse electric vehicle batteries - for industrial processes, for instance. The longer the battery can be used after the life of the vehicle, the lower that vehicle's environmental impact will be over its lifespan.

There is also ongoing research into making the batteries more efficient while they are in the vehicle. Engineers are also looking into how to use electric vehicles as storage devices in the overall energy grid.

A car plugged in overnight could thus feed back into the grid at times of lower renewable energy generation, for instance when the sun is not shining and the wind is not blowing.

There is general consensus that while electric cars may not be truly "zero emission" vehicles, they are still on the whole better for the environment and for the climate than conventional vehicles.

The key in the coming years will be figuring out how to make sure these new vehicles can become even more eco-friendly.

Tesla unveils new e-car, but is it sustainable?

"A computer on wheels" - the hype surrounding the launch of electric automaker Tesla's long-awaited sedan is more like that for a new iPhone. The CEO believes the Model 3 will be the first mass-market electric vehicle. (28.07.2017)

With the help of German auto giants, Slovakia has become a hub for car manufacturing, making more cars per capita than any other country in the world. But will it survive the end of the combustion engine era?

Is it worth converting ordinary cars into electric ones? 24.10.2022

Electric cars are becoming increasingly popular but buying them new is expensive. Is it worth turning your combustion engine vehicle into an electric one? And how does it work for vintage cars, trucks and buses?