Germany has passed a new prostitution law to fight human trafficking and exploitation. It calls for more control, more regulations and more penalties - and it is not popular in the prostitution industry. 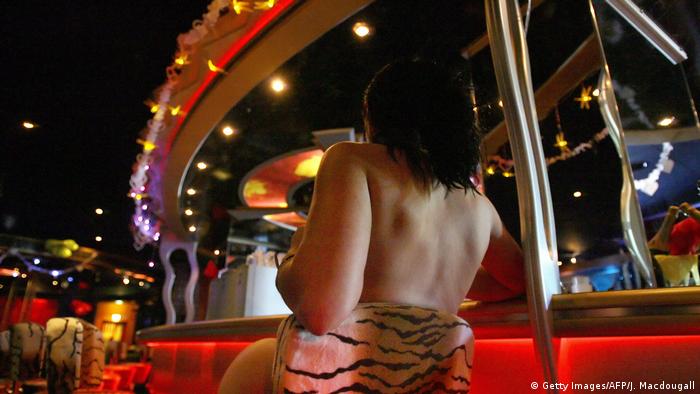 It is going to become more difficult to make money as a sex worker in Germany. Prostitutes and brothels will now be subject to closer scrutiny under a new law for the regulation of the prostitution industry and the protection of sex workers, which went into effect on July 1.

"It is harder to open up a snack bar than a brothel in this country," said former German Minister of Family Affairs Manuela Schwesig when she presented the draft law in the German Bundestag a year ago. Sex workers often face humiliating working conditions and no one examines their workplace.

According to the new law, sex workers must register with local authorities and seek a medical consultation from a public health service. In the future, brothels or businesses that offer sex services will be required to apply for a permit that will only be granted if health, hygiene and room requirements are met.

The new law prohibits flat-rate brothels and gang-bang parties, in which a sex worker must service several men concurrently. Also, sex without a condom is prohibited. Furthermore, clients who knowingly make use of the services provided by people who have been forced into prostitution will be penalized.

The fear of registration is rampant in the industry. "Panic is spreading," says Silvia Vorhauer, a counselor at Dortmund's Mitternachtsmission, an organization that helps women who have quit prostitution. Many women fear this change. They argue, "I cannot register and then get around with this ID. I'm going to have to quit." 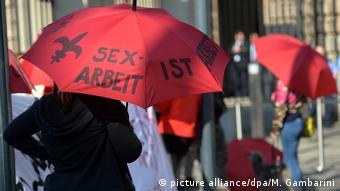 Sex workers demonstrate against the new law outside Germany's parliament

Silvia Vorhauer considers compulsory registration to be an unnecessary measure. "Why can't women simply go to the tax authorities and register there? Registration at the local government office leads to the stigmatization and criminalization of women," she says. This move is dangerous, she says, because prostitution may then be forced underground into illegality.

The counselor, however, does not think that everything about the law is bad. Compulsory use of condoms is advocated by all sex workers in Dortmund. "It is also not so bad that sex businesses must have permits," adds Vorhauer.

While some consider compulsory registration to be problematic in terms of privacy protection laws and thus plan to launch an appeal, Sowoldi and Sisters do not consider the protective measures to be sufficient. "Prostitution is not a service; prostitution is violence," says Sowoldi founder Lea Ackermann. "The envisaged legal regulations, like compulsory registration for women, compulsory use of condoms or requirements for brothel owners, will create a bureaucratic monster," she predicts. 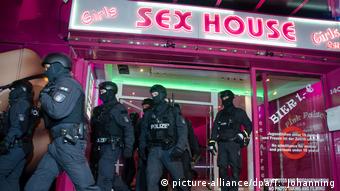 A police raid on a brothel in Hamburg's Reeperbahn

Not immoral, not normal

But who are the women in the industry who actually need protection? And if there are any, what measures would help whom? Even now that the law has been adopted, there is no consensus on how to fight human trafficking – neither in the industry, nor among sex worker associations, counseling services or aid organizations.

The only thing that is certain is that the emancipation of sex workers has not been achieved. When a groundbreaking prostitution law went into effect in 2002, it was considered a milestone in the fight for prostitutes' rights. The German legal concept of "violating moral principles" was eliminated and sex workers were thus able to become official employees of a business. They were able to sue if they were not paid and could pay into the government pension plan.

The desired effect for sex workers has not been achieved. Sex workers have not made use of their rights. Only one percent of sex workers have signed a legal work contract. A survey conducted by the Social Science Research Institute on Women's Studies at Freiburg's Protestant University of Applied Sciences also showed that the overwhelming majority of state-regulated health insurance companies and pension schemes do not list prostitution as a profession.

The new law is supposed to correct miscalculations in the 2002 draft. Will it succeed in doing so? The billion-euro prostitution market in Germany, which employs somewhere between 200,000 and 500,000 women and men, is of course known for its flexibility.