The Swedish striker will now go into quarantine for the next 14 days, ruling him out of the next three matches for his football club — AC Milan. Ibrahimovic should be back in time for the derby against Inter next month. 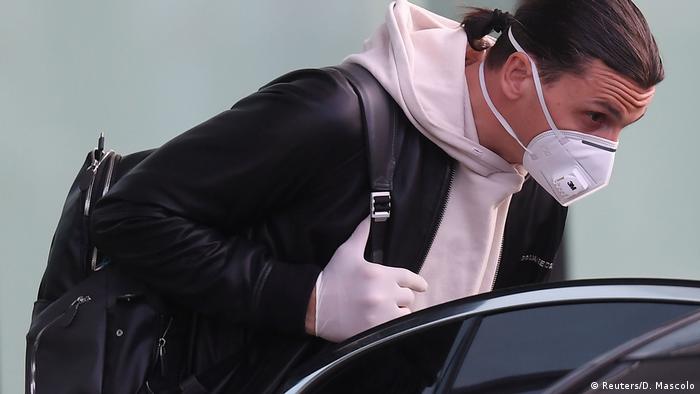 AC Milan revealed on Thursday that striker Zlatan Ibrahimovic had tested positive for the coronavirus and would miss Thursday's Europa League qualifier, as well as the next two Serie A fixtures.

The Swedish veteran went into self-isolation at home a day after the Rossoneri's reserve Leo Duarte tested positive for COVID-19.

"Zlatan Ibrahimovic has tested positive for Covid-19 following a second round of swab tests ahead of tonight's game against [Norwegian club FK] Bodo/Glimt," the Italian side said in an official statement. "The club has informed the relevant authorities and the player has been promptly placed in quarantine at home. All other team members and staff have tested negative."

Ibrahimovic will now go into quarantine for the next 14 days, keeping the striker out of action for tonight's Europa League encounter with the club which finished second in the Norwegian league. He will also miss as the domestic league fixtures against top division newcomers Crotone and Spezia.

However, he should be back for the derby against Inter on October 17 after the international break. The player, affectionately known as "Ibra" or simply "Zlatan," retired from the Swedish national team in 2016 after scoring 62 goals and earning 116 caps.

The diagnosis for the former Swedish international, famed for his strength and flair but also for his brash comments and a high opinion of himself, prompted ex-England striker and current television personality Gary Lineker to tweet: "News that @Ibra_official has tested positive with coronavirus. Thoughts are with the virus at this difficult time."

Ibrahimovic, who turns 39 next month, began the Italian league season with a brace that sealed a 2-0 win against Bologna on Monday. After the game, he described himself as Benjamin Button, the movie character who got younger with age. In the past, he's referred to himself as everything from a lion to a Ferrari playing in a team of Fiats.

After securing the treble last season, Bayern Munich have their sights on a first piece of silverware in 2020-21. Europa League champions Sevilla stand in their way. Follow all the build-up in DW’s match blog.

AC Milan has confirmed signing Swedish football star Zlatan Ibrahimovic, who helped the club win the Italian league title in 2011. The striker said he would fight to reverse the fortunes of the now-troubled team.