Land reform has been costly for the Zimbabwean economy. But not for Zambia, where agriculture has benefited from Zimbabwean white commercial farmers. Is this a cautionary tale for South Africa and its land reform plans? 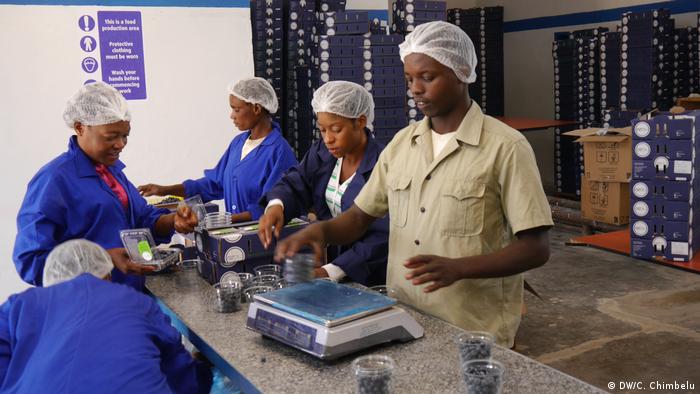 The guard in green overalls at the farm gate won't allow us in — my cameraman and I. Instead he pulls out what looks like an old Nokia and calls his boss. We have to wait. Luckily, it doesn't take long for a noisy diesel motorbike to make its way towards us — on it a big white man in a blue shirt, shorts, caterpillar boots and a sun hat leaves a trail of red dust behind him. It's Graham Rae.

He left Zimbabwe in 2001, a year after then President Robert Mugabe announced the country's catastrophic land reform, which led to the expropriation of farms from some 4,000 white farmers without compensation, leaving them and their workers with little or nothing. Many left Zimbabwe.

Rae lost his cotton farm where he had employed more than 300 people. He had to start over in Zambia. "When we came across from Zimbabwe the most difficult thing was to raise finance because we came here basically with nothing," he tells me.

In the early 2000s, Zambia's interest rates exceeded 100 percent. But despite that, Rae was able to raise the money to lease land in Chisamba, an hour away from Lusaka, Zambia's capital. Over the years, he expanded the farm, later adding the neighboring plot that was owned by South Africa's current ruling party, the ANC. Many exiled South African freedom fighters who lived in Zambia during Apartheid had used the farm for food supplies.

Today, the ANC itself is considering land reform to allow the South African government to expropriate land from white farmers — albeit with compensation. While critics have drawn parallels with Zimbabwe, most experts say the situation is different. But could Rae's story be a cautionary tale?

Graham Rae owns more than 5,000 hectares (12,000 acres) of land and employs around 1,500 workers. Apart from creating the infrastructure required to run a farm, he built a school and a clinic that provide education and health care to his workers and their families. It has taken him many years and a lot of hard work to get here. "Hopefully, in the next two years, we should be debt-free," he says when asked about the profitability of his business.

The farm is doing well, he tells me with a smile. He refuses to share details about his finances, but says most of his earnings have been re-invested into expanding the business.

It's easy to see why the departure of farmers like Rae devastated the Zimbabwean economy. Not only did they create jobs and provide the country with much-needed foreign exchange, some communities relied on the farmers for essential services like health and education.

It is no surprise Zimbabwe wants farmers like Graham Rae to go back. Some government officials have already been in contact, but he's not ready.

It will take years for Zimbabwe to rebuild the trust lost with the white farming community. 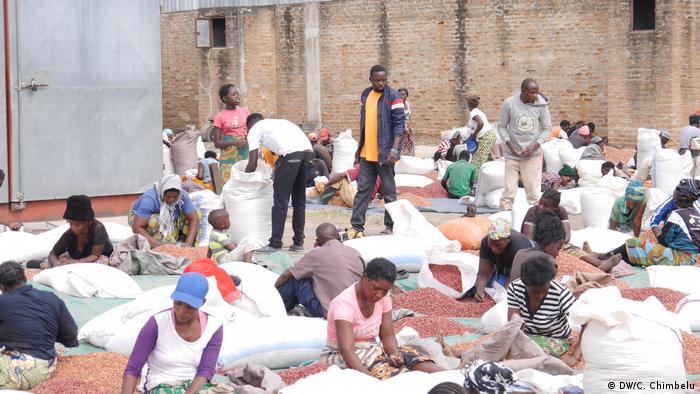 The farm provides work for several families in Chisamba

"The farmers who left may still want to stay where they are because it has taken them time to establish themselves," says Ben Gilpin of Zimbabwe's Commercial Farmers Union. "And there's a lot of collateral damage," he adds.

That is the case for Graham Rae who left after receiving death threats. He has not been back since then. It will take more than just the promise of land to get him to return to Zimbabwe. The country also faces another problem, many farmers who left are now much older. At the height of Robert Mugabe's land reform, the average age of commercial farmers was 55, according to the Commercial Farmers' Union. Most of them are now in their 70s.

Unlike its southern neighbor, Zambia's agricultural potential has never been exploited. The economy still relies heavily on copper exports, which account for 80 percent of gross domestic product (GDP). The arrival of some 400 Zimbabwean farmers in the 2000s transformed agriculture: they still make up more than 40 percent of the country's large scale farming community, according to figures from the Zambia National Farmers' Union. 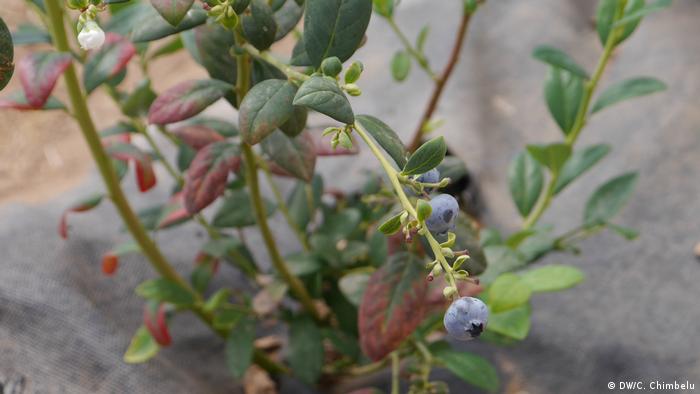 Blueberries could be the new cash crop, say Grahame Rae

But Zambian lawmakers are now also considering land reform. The current system is leasehold and traditional leaders have a say regarding land ownership, depending on the province and district. The Zambian government wants to change that and reduce the lease period from 99 years to 25.

That would make the country less competitive for foreign investors, according to the Zambia National Farmers' Union. A change in Zambian land lease laws could reverse the progress of recent years, critics say. The government may only be responding to populist calls to change the laws to discourage some foreigners from buying land in response to anti-Chinese sentiment in the country.

Shorter land leases would also discourage farmers like Graham Rae, who is planning for a future at his farm in Chisamba. He has now added a new cash crop to his portfolio: blueberries, of which he claims to be now the first large scale farmer in Zambia.

Zambians lose out to industrial farming

Zambians lose out to industrial farming

South African lawmakers have agreed to amend the law, making way for land expropriation without compensation. Most of the land is still in the hands of the white minority, traditional leaders and South Africa's elite. (06.12.2018)