More than two decades after the end of apartheid in South Africa, the unequal distribution of land remains. The government wants to rectify that, but the experts say there are more pressing issues. 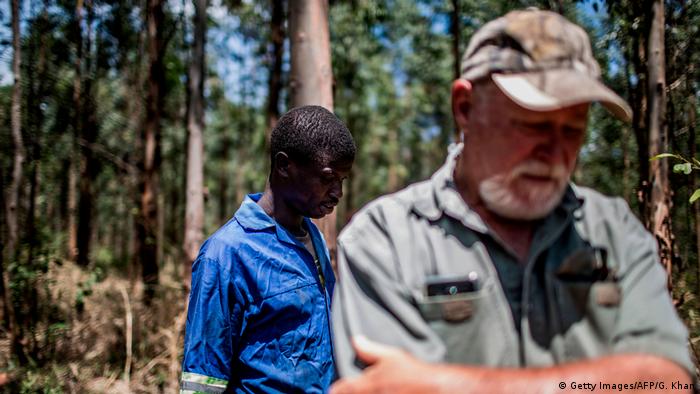 King Goodwill Zwelithini has proposed an unusual partnership in South Africa. The traditional Zulu leader has called on white farmers for help to transform the land of his ancestors into farmland. Zwelithini owns almost three million hectares (7.4 million acres) of land — approximately the same size as Belgium — in the province of KwaZulu-Natal, which he manages as the sole trustee of the Ingonyama Foundation. Above all however, the king's offer sends a signal to South Africa's ruling African National Congress (ANC), which intends to redistribute farmland to black property owners.

Zwelithini's message in a nutshell is "don't touch my country." During a speech in Durban, he requested a written statement from South African President Cyril Ramaphosa, while urging him not to redistribute his land. Other traditional leaders have also urged the ANC not to undermine their authority. Together with Zwelithini they control 13 percent of South African land. It's the first time the ANC has signalled it will expropriate land without offering compensation to the owners. A parliamentary commission, which plans to examine whether a constitutional amendment is necessary for land reform as Ramaphosa had suggested in July, postponed its report from September to November after it received a higher than expected number of contributions from the public. 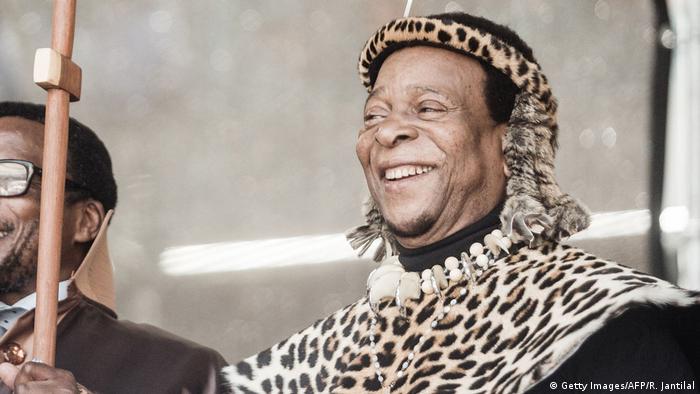 According to Ramaphosa, land which has not yet been used should be given precedence for expropriation. For traditional leaders such as the Zulu king, asking white farmers to manage their unused land could be a way to avoid this. Kallie Kriel, the chairman of the conservative, white farmers' organization AfriForum, has already accepted the offer. Now it just needs to be sealed by a contract.

"King Zwelithini and Kallie Kriel are an odd couple," analyst Anton van Dalsen from the Helen Suzman Foundation in South Africa told DW. "This contract is a combined convenience, because they can pursue their own interests as a minority — namely to keep their land."

However, the greatest need is not for agricultural land, but for urban areas on the outskirts of major cities. "Many more people are moving to the cities to find work, but they cannot afford housing there and the government realizes that the plight of these people and the slums has been growing for years," says van Dalsen. The unemployment rate — depending on the definition of 'unemployed' — is currently between 25 and 40 percent. Van Dalsen thinks the question of land is not just about correcting the historical injustice of the expropriation of black South Africans. "Land reform is necessary in order to reduce social inequality," he says. 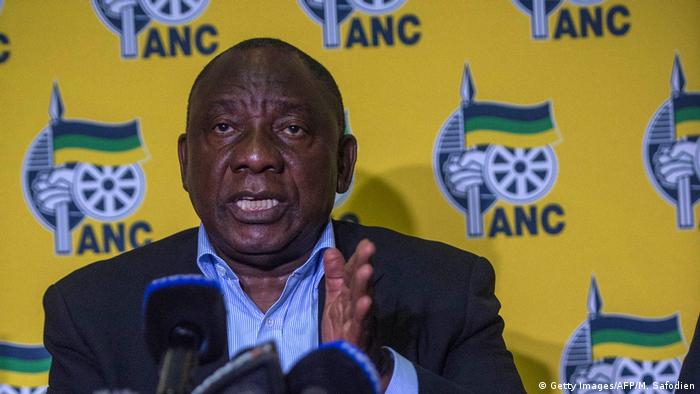 A lack of clarity

The constitutional amendment, which has been discussed for months, is not necessary to begin land reforms. It was merely used as an excuse for inaction from the politicians. Over the past 20 years, hardly any progress has been made on the issue — partly because the government set aside only 0.3 percent of its budget for land reform purposes.

"Corruption and the lack of political will have delayed real land reform," says van Dalsen. He believes the main problem in the current land reform debate is the lack of clarity. The government still has to decide which land will be targeted, who will benefit, what kind of help will be available after resettlement and what kind of legal rights those who already live there have.

Ben Cousins, an expert on land, poverty and agricultural studies at the University of the Western Cape, also thinks the government's plans lack transparency. "We know that Ramaphosa, before the election conference in December, was completely opposed to the idea of expropriating without paying compensation," he told DW. "We also know that he was forced by the balance of forces within the ANC to articulate this as a policy which the party agreed on unanimously." 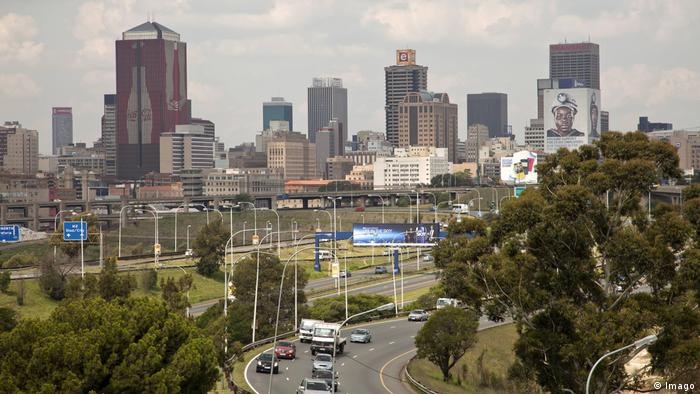 In 2019, parliamentary elections will take place in South Africa. With his promised land reform, Ramaphosa is positioning himself against the opposition Economic Freedom Fighters (EFF) party, who are demanding the radical expropriation of white farmers. Should a constitutional amendment be necessary for land reform, it would only by possible if the ANC and EFF agree to obtain the necessary two-thirds majority in parliament. However, such cooperation is unlikely, says Cousins. Any land reform is not expected to begin before the elections.

Regardless of how it unfolds, the anticipation of possible reform is palpable in South Africa. "Although the middle classes and the private sector were very alarmed to begin with, they've begun to calm down and feel less panicked, less anxious and they've been convinced that there's a process underway," says Cousins. "You can see this in the response of the white farmers — most of them are not saying this is the end of the world, they're saying that [they] need to be part of the land reform, [they] need to be seen to be helping it and build a social compact."

Despite the rural exodus, the demand for land in rural areas should not be underestimated. However, 80 percent of the agricultural revenue would come from 15 percent of the farmers, meaning it would be possible to at least redistribute land without interrupting food production.