Zimbabwean cabinet sworn in amid criticism

Zimbabwe has a brand new cabinet. But the process did not go smoothly: public outcry forced the president to drop appointees at the last minute. 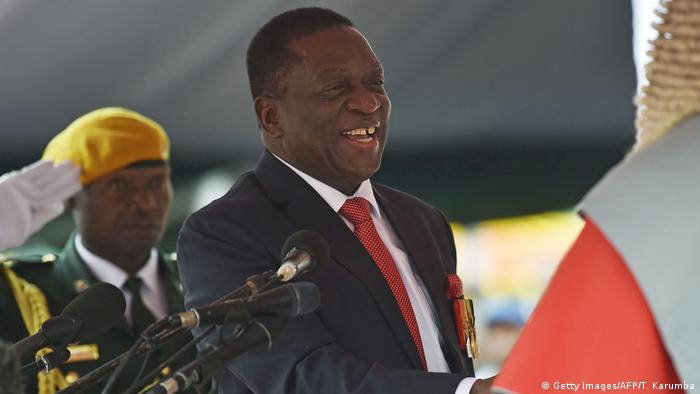 Several last-minute changes were made before Zimbabwean President Emmerson Mnangagwa swore in his new cabinet on Monday (04/12). 75-year-old Mnangagwa officially announced his cabinet at the end of last week. But just a day later he dropped two ministers, — a move widely viewed as a response to a public uproar over the president's decision to retain a number of ministers from ousted president Robert Mugabe's cabinet.

Lazarus Dokora was replaced by Paul Mavima as education minister. Dokora, who had served in Mugabe's government since 2013, faced heavy criticism for introducing changes to the country's education curriculum which were widely seen as detrimental to the country's once-revered school system.

Clever Nyathi was also dropped as the labor minister in favor of Petronella Kagonye. Both new appointees are lawmakers in the governing ZANU-PF party. However Nyathi is expected to remain on as a special advisor on national peace and reconciliation.

War veterans' leader Christopher Mutsvangwa, who was last week appointed to the Information Ministry, was reassigned to the position of the president's special advisor.

Victor Matemadanda, the Secretary General of the Zimbabwe National Liberation War Veterans Association (ZNLWVA), was earmarked as deputy minister for security. However he has been reassigned as political commissar of the Zanu-PF party. 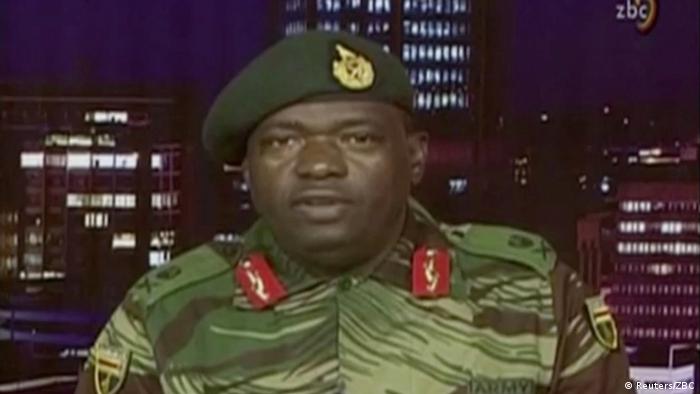 Secretary to the president, Misheck Sibanda, explained that the last-minute changes were "adjustments made to ensure compliance with the constitution and considerations of gender, demography and special needs."

Mnangagwa came under heavy criticism for recycling officials from Mugabe's era. Zimbabweans were hoping for a fresh start after the former vice-President replaced Mugabe, who clung to power for more than three decades.

Mugabe was forced to step down by the army, where Mnangagwa still has important allies. He nominated two of them to cabinet positions, further angering the public.

Prominent positions for the army

The new lands minister is the commander of the Air Force of Zimbabwe (AFZ), Air Marshal Perence Shiri. He previously headed a special North-Korean trained unit that is alleged to have committed atrocities during a crackdown on a rebellion in the western Matabeleland province in the early 1980s. At the time his soldiers massacred an estimated 20,000 people.

Zimbabweans hoping that members of the opposition would be appointed to the new cabinet were ultimately disappointed with the outcome.