Zimbabwe introduces ′bond notes′ | News and current affairs from Germany and around the world | DW | 28.11.2016

Zimbabwe has begun issuing a surrogate currency - $2 and $5 denomination 'bond notes' - in a bid to ease a cash shortage. The move has prompted fears of a return to hyperinflation. 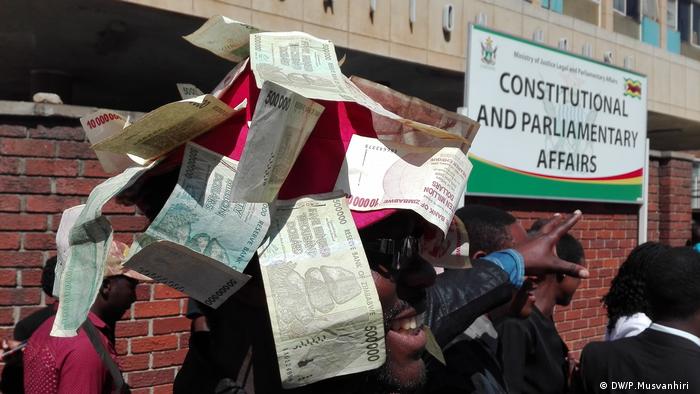 Crippling cash shortages surfaced in the first quarter of 2016 and in May the Reserve Bank of Zimbabwe announced the introduction of bond notes as a corrective measure.

Several dates to introduce the currency have come and gone. Bond notes are not a legal tender that can be used for transactions outside of Zimbabwe. However the bond notes are being given the same value as the US dollar.

The bond note's value is derived from a $200 million (189 million euro) bond facility guaranteed by the Egypt-based AfreximBank.

According to Reserve Bank of Zimbabwe Governor John Mangudya, the bond notes are an export incentive for exporters to earn foreign currency the country is in dire need of.

"People are confusing that the bond notes are coming here to cater for cash shortages, no. There is no relationship. This is an export-incentive scheme," Mangudya said.

It is now common in homes and on public transport for fierce debates on the bond note currency to break out. In some incidences the debates even resulted in open fights.

The message of such heated debate is loud and clear: citizens do not trust the government. Many fear the return of the Zimbabwean dollar, which lost value and hit inflation figures that went over the million percent mark.

Citizen's movements have fiercely resisted the introduction of the bond notes. Street protests and court challenges have been mounted but the government is not backing down. 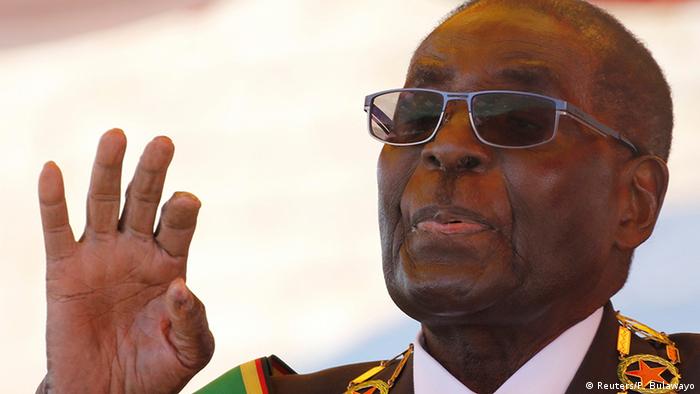 President Mugabe used his presidential powers on Oct. 31 to amend the Reserve Bank of Zimbabwe Act, designating the new notes as legal tender that will be equivalent to the US dollar.

Zimbabwean human rights lawyers have asked the High Court to strike down the decree. In a court application, the Zimbabwe Lawyers for Human Rights {ZLHR) asked the court to set aside Mugabe's decree arguing that the veteran leader had no authority to do so.

ZLHR lawyer Dzimbahwe Chimbga said that presidential powers should only be used in emergencies and that the bond notes law was not an emergency since the government first announced their introduction in May.

"The President has avoided the parliamentary route as provided by the Constitution. He seems to suggest that this is an emergency that requires him to trigger the presidential powers regulations," Chimbga said. "He can no longer do that in light of the new Constitution. The Presidential Powers Act is unconstitutional," Chimbga added.

The high court is yet to rule on the matter.

The arrival of the bond notes has triggered a panic for cash withdrawals. Long lines at banks have become the order of the day.

In some instances people are even camping overnight at banks to get cash and some banks have imposed daily maximum withdraws as low as $30 (28 euros). Many Zimbabweans are now withdrawing their US dollar savings and stashing it at home 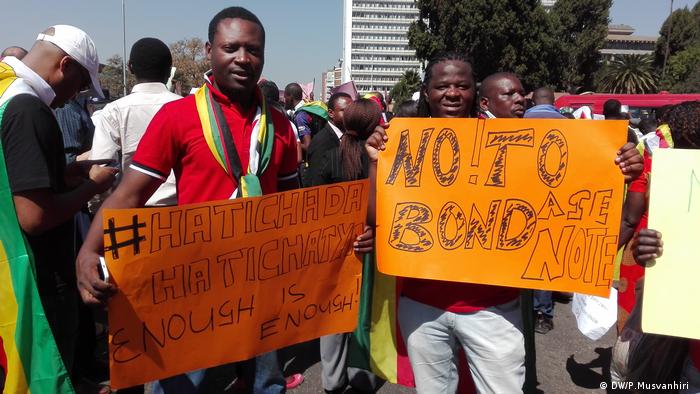 Speaking to DW in the capital Harare, some of the people who were sleeping on the pavement of a bank said that they have no confidence in the soon-to-be-introduced currency.

"I want to collect my money. There is no need for me to keep it in the bank. It is pointless. I will not have my money again if left in the bank," said Simba Chitembwe, a 35-year-old security guard.

"We now have the fear of bond notes if we do not take our money as US dollars, we are not going to get it as US dollars but in bond notes. So I have to take out my money and stock it at home," said Lloyd Chaona, a 30-year-old forklift driver.

President Robert Mugabe's advanced age and the growing protests against his rule are one reason why Zimbabwe is attracting the renewed attention of international policy makers. (04.10.2016)

Zuma in Zimbabwe on a state visit

There is not much enthusiasm in Zimbabwe about the South African President Jacob Zuma's visit to Harare on Wednesday. Analysts say the domestic political standing of the two leaders is at its lowest ebb. (03.11.2016)