Zimbabweans vote next week in the first elections in nearly 40 years without longtime leader Robert Mugabe. With rampant unemployment and an ongoing cash crisis, the outcome might not change much economically. 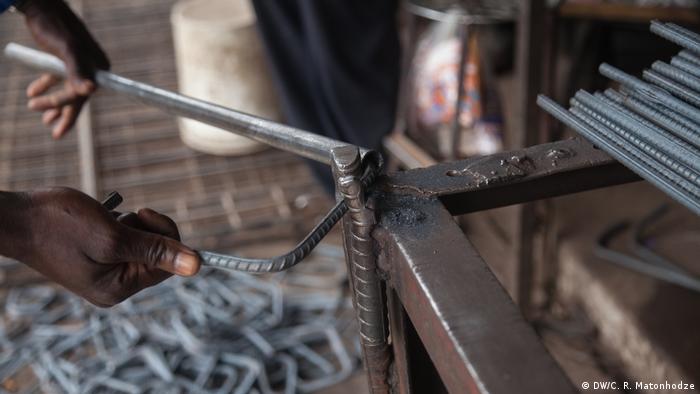 Zimbabwe is to hold historic elections on July 30 for the first time since the country gained independence from white minority rule. Voters won't find Robert Mugabe's name on the ballot papers.

Mugabe, who ruled Zimbabwe for 37 years, was forced to resign by the military last November. His industrial mismanagement and failed land-reform policies left behind an economy in tatters. According to the Economist magazine, in 2017 almost a quarter of Zimbabweans needed food assistance and 72 percent lived in poverty.

Thirty-three-year-old Violet Mharapara is a street vendor in Harare, selling secondhand clothes she imports from neighboring Mozambique. She's clear about what needs to improve in Zimbabwe.

"Business is very low, and we are trying to make ends meet selling here and there, but the economy is bad," she told DW. "After the elections we want a better life for Zimbabweans." 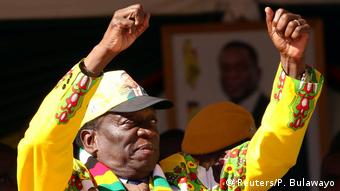 Emmerson Mnangagwa has said Zimbabwe is "open for business"

President Emmerson Mnangagwa, of Zanu-PF, who took over as interim leader after Mugabe's resignation, has promised that Zimbabwe "shall again be a shining star on the continent."

Speaking at an election rally last Tuesday, the 75-year-old Mnangagwa said that, if Zanu-PF stayed in power, "Zimbabwe becomes a new jewel of Africa, where everybody shall rush to Zimbabwe."

His main rival, Nelson Chamisa, of the MDC Alliance (MDC-A), has pledged to invigorate Zimbabwe's economy within five years. "In our vision, by 2023 Zimbabwe must be the jewel of Africa. Money will be available as well as jobs and cars will be moving," the 40-year-old Chamisa said.

According to the latest polls, the election will be a tight contest. But several experts have recently said that it is less important who wins the vote, and more important how they win. If the elections are viewed as transparent and free of vote rigging and violence, it will be easier for the country to attract much-needed foreign funds.

"International investors come to a country where they see that the government is clean, the government is transparent," he told DW. "In fact, we don't need to invite them: They will actually be here knocking at our doors."

Foreign investment isn't just needed to create jobs outside of the informal sector, where the majority of Zimbabweans are employed; it would also provide an essential flow of US dollars into the country.

In 2009 Zimbabwe abandoned its own currency and adopted the US dollar as hyperinflation raged. But the country produces few export goods to bring US dollars into the economy. This, coupled with a lack of foreign investment, triggered a chronic shortage of dollar reserves that persists today.

And, without dollars, business can't pay for the goods they need to import to keep their enterprises going or return profits to investors.

The cash shortage also affects ordinary Zimbabweans. Monetary transactions are now completely dominated by electronic payments, such as mobile money transfers. But these often aren't an option for the impoverished or people in rural areas, who are forced to spend days queuing outside of banks in the hope of withdrawing the few dollars that banks have left.

To make matters worse, in 2016 Mugabe's government introduced a bond note, backed by US dollars. It is supposed to have the same value as US dollars; in reality, it's worth less.

As a result, Zimbabwe now has a complicated — and costly — three-tiered payment system: US dollars, bond notes and mobile money.

"What we want to change after the elections are money issues," Collins Chigwagwa, who runs a barbershop in the Harare suburb of Waterfalls, told DW. 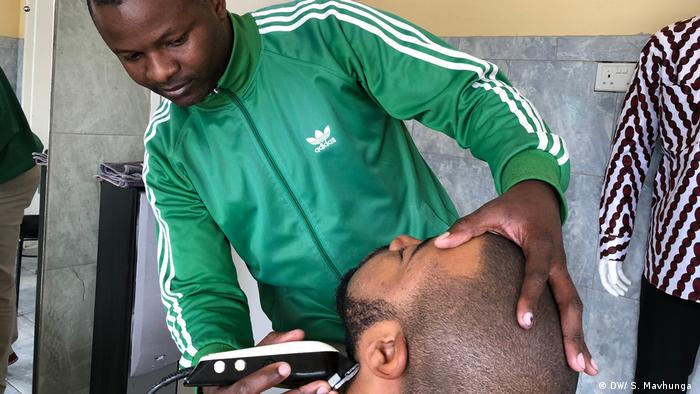 "The money is disturbing us in purchasing goods," Chigwagwa explained, because when customers pay in mobile money or bond notes, the charges eat into his profits. Also, waiting to receive the money via the transfer can limit his ability to "purchase various items" he needs for his shop, he said.

"In a day, we can get 30 clients and only 10 people will pay by cash but the rest will use mobile money transfer. ... After elections we should use only one type of money, which is good for us."

As well as dealing with the cash shortage, the new president will also need to "withdraw from heavy expenditure" to stabilize the government's shaky finances and secure new international loans.

So far, Mnangagwa hasn't shown any signs of prudence. He handed civil servants a 17.5 percent pay rise in May (they already swallow 90 percent of the government's budget) and passed a 2018 budget with a bigger deficit. 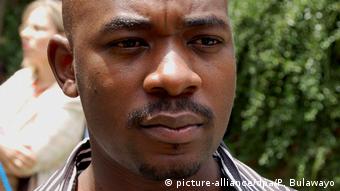 Chamisa has promised to revive the ailing economy

Both Emmerson Mnangawa and Nelson Chamisa have made election promises that would increase government spending if they were to win the election, according to Ndlela, the economic consultant.

Still, there are some reasons for optimism. Zimbabwe is blessed with a wealth of natural resources, from platinum and lithium to huge areas of highly fertile land. It also has a high literacy rate (although not the highest as is often claimed) and a relatively strong tertiary education system.