Zimbabwe's President Mnangagwa is cleaning up the legacy of his predecessor Mugabe: The state is compensating white farmers who were evicted during the great land reform of the 2000s. But many problems remain unsolved. 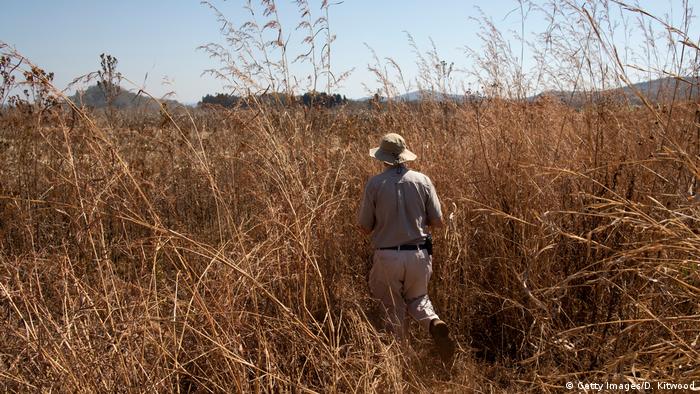 White farmers, who were evicted from their land almost 20 years ago under the Zimbabwean government's land reform program, are set to benefit from a landmark deal: On average, each of the 3,500 people who applied for compensation will receive almost $1 million (€840,000).

The Commercial Farmers' Union (CFU) and government representatives agreed to the $3.5 billion deal following lengthy negotiations. Half of this sum is expected to be distributed within one year, while the remaining payments will be spread over the following five years.

President Emmerson Mnangagwa hailed the new compensation plan as a "historic in many respects," while CFU President Andrew Pascoe branded it a "miracle." But Zimbabwean analyst and political advisor Alex Magaisa, who teaches at the University of Kent in the UK, reacted less euphorically. Although it represents the first step towards drawing a line under the chapter of land reform, "ten or fifteen years ago, the issue of compensation would have been much higher on the list of priorities," he told DW. "Today it is no longer one of their most pressing problems."

A step out of isolation?

Zimbabwe lost a lot of international trust two decades ago after implementing the land reforms, which sometimes resulted in violent evictions. They were initially viewed as a more hopeful and peaceful alternative to the brutal system of Apartheid in neighboring South Africa. However, the increasingly aggressive and authoritarian demeanor of Zimbabwe's long-term ruler Robert Mugabe transformed the country into a pariah on the world stage. The US and European Union (EU) implemented sanctions in response to the brutal land reform, targeting numerous Zimbabwean companies and individuals. Some of these sanctions still remain in place today. Alongside Mugabe's many political blunders, the declining will to invest abroad also contributed to the country's economic decline. 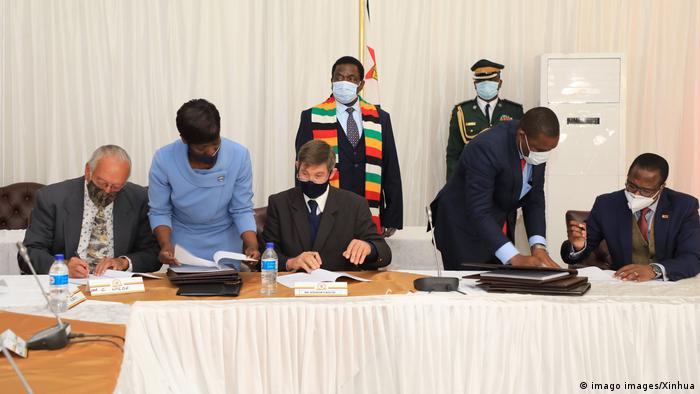 The new deal hopes to counter this trend. "I believe that this compensation sends a clear and unambiguous message to local and foreign investors that Zimbabwe is really open for business," says Pascoe. He is essentially repeating the mantra of Mugabe's successor, Mnangagwa, who has so far failed to meet the high expectations set for him when he took office in November 2017. The economy is still in tatters and the Zimbabwean dollar is in freefall. Millions of Zimbabweans are starving — not least because of Cyclone Idai and the resulting lost harvests. And then there is the ongoing coronavirus pandemic, with official case numbers — which currently stand at just over 3,000 — still accelerating.

Human rights and hateful rhetoric stand in the way

According to Magaisa, the compensation agreement could send an "interesting signal" to the West. When it comes to other areas of concern, however, he does not believe that Zimbabwe will be able to improve relations as hoped.

"At the end of the day, without attending to the big issues — the human rights issues, the economic mismanagement, the electoral malpractices, political rights violations and so forth — I don't think Zimbabwe will be able to restore the relations that it wants with the Western community," he said. "We have already seen in the same week of this agreement very vile rhetoric from the Zanu-PF party, calling the American ambassador a thug and threatening to expel him from the country. So it doesn't provide any confidence at all." 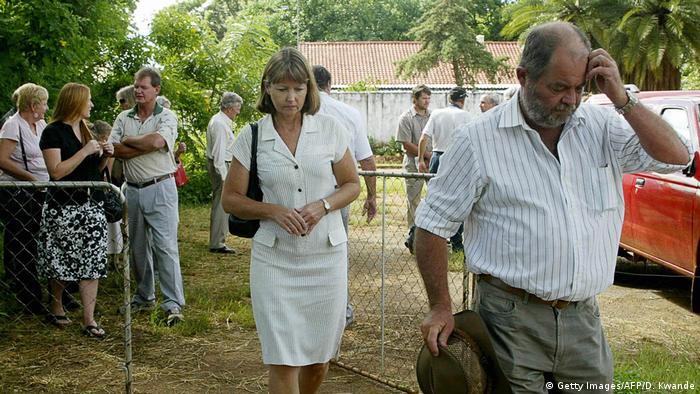 The situation for critics and political opponents of the ruling Zanu-PF party has been deteriorating for a long time. After more than 60 kidnappings last year, human rights defenders are increasingly complaining of illegal arrests for insubstantial reasons. Several journalists have been recently arrested and more than 105,000 people have been temporarily detained since March for allegedly violating coronavirus lockdown measures.

A rally critical of the government due to be held on Friday was briefly banned, but the first demonstrators had already started gathering. If security forces take a heavy-handed approach as they have in the past and the rally turns violent, it could quickly overshadow the positive compensation efforts.

For the compensation scheme to work, international trust is vital — Zimbabwe must continue to borrow heavily from other countries if it wants to properly compensate the farmers. But this is easier said than done.

Ultimately, it was considered unfair to impose this compensation scheme on the impoverished population instead of the minions of Zanu-PF. "They are the ones who should be paying the compensation to the white farmers," said Magaisa. 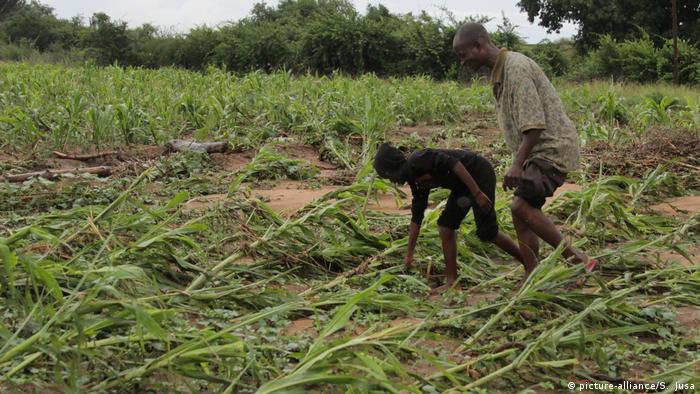 However, in addition to expropriation, land reform has had an additional effect that continues to impact the industry today: Because the farmers' property became the property of the state and today's farmers only lease their fields, they lack assets that they can use as security for bank loans.

"So the whole structure of property rights was decimated," said Magaisa. "This has affected the funding scheme for agriculture, and this is what you see the government trying to support. But it only supports these few elites and they loot."

The existing programs are notorious for their rampant corruption and nepotism. "It is run by elites, for elites," said Magaisa. "It has nothing to do with supporting agriculture for the greater good. The real problems are not the droughts or other conditions in the fields, but how to use the land best – how people come to the country and how agriculture is financed." Two decades after Mugabe's Fast Track Land Reform Program, there are still no clear solutions in sight.

In Zimbabwe, dissent can lead to disappearances and torture

Crackdown on dissent is on the rise in Zimbabwe even as the country is under COVID-19 lockdown. The nation is recording a spate of abductions and torture common under late former leader, Robert Mugabe.