Zimbabwe’s response to the outbreak of the fall armyworm has been hampered by farmer’s lack of information and pesticides to fight it. This has worsened the food insecurity situation as it targets staple crop-maize. 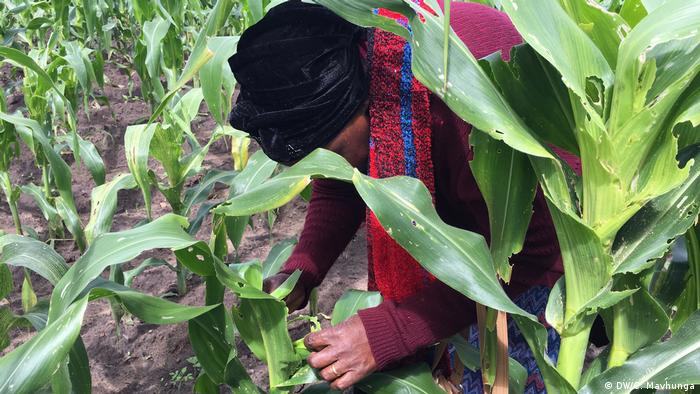 A report by the Food and Agricultural Organization (FAO) warned that a tenth of Zimbabwe’s maize crop is under threat from the fall armyworm. However, most farmers are still not aware of what can be done to reduce it's damage.

Some farmers in Gokwe district bought all kind of theories about a mysterious worm due to lack of information and clear guidance from the government. As a result some healthy looking crops were left at the mercy of the devouring fall armyworm. Many of the farmers are now counting huge losses.

"The fall armyworm visited us end of December last year. It is now better but most of the maize is spoilt. Only a quarter of my hectarage is left un-attacked," Lorcadia Dube from Zhombe district told DW. "We depend on maize for eating but we sell most of it. We have increased hectarage this season after we borrowed inputs from the government," Dube noted. 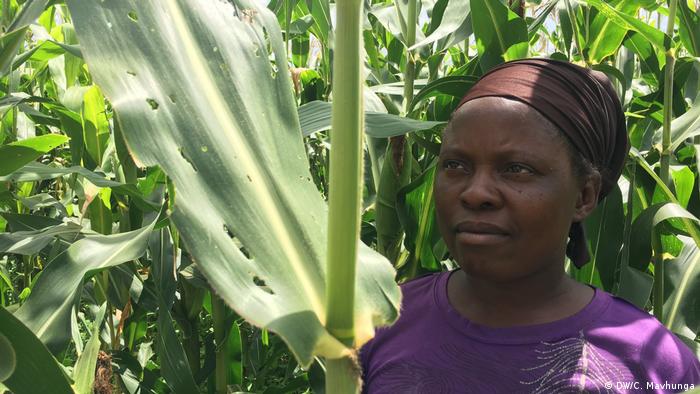 Zimbabwe farmers at pains as the pest devours their crops

The inputs from the government came late since the fall armyworm had attacked her field already. Dube will now have to survive on the few grains she planted under a food security program funded by the International Development (DFID) of the Great Britain. The program aims to improve nutrition among small-scale farmers in Zimbabwe.

The Zimbabwe farmers' union said that lack of information on the pests has led to all kind of rumours. "Some are saying if it is a mysterious worm as in the case of the fall armyworm, no pesticides must be used. It will leave the fields on its own," Oppah Hawadi the Chairperson of Zimbabwe Farmers' Union in the Gokwe district said. "If you spray it, the worm will be more vicious on the maize crop and destroy it. That is what they are saying," Hawadi added.

FAO warned that Zimbabwe is likely to be the hardest hit with 130,000 hectares of maize and corn crops largely affected. So far the fall armyworm has spread in at least 10 provinces in Zimbabwe.

Despite the farmers' concerns, the government sees no urgency or panic regarding the armyworm. The head  Plant Protection Research Institute at Zimbabwe’s Ministry of Agriculture, Godfrey Chikwenhere, said the yield reduction obeserved was minimal. "The only issue now is that we are using a substantial amount of money on chemicals," he said."Though from the casual observer when you see the worm and all the plant being [attacked] you might estimate that the yield is very high," Chikwenhere added. 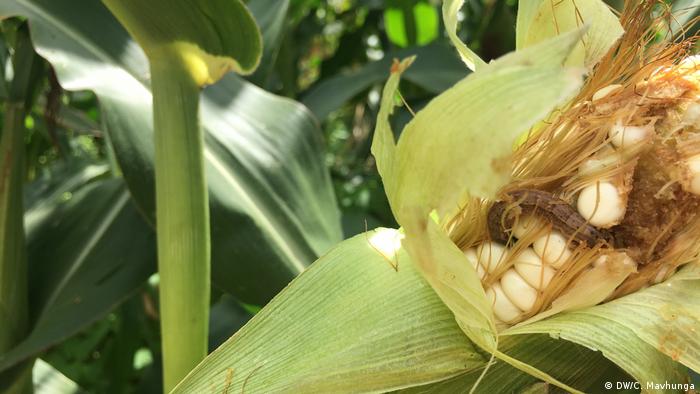 By mid January, the fall armyworm had spread to major regions of the country, with Gokwe and Zhombe districts the most affected.

FAO warned that five million Zimbabweans need food handouts until March when harvesting season starts. An arduous task for a country that has been struggling with food shortage due to drought that scorched much of the region last year, leaving millions in need of food aid.

The first fall armyworms were spotted in Nigeria and Togo last year, with one theory saying they arrived in Africa on commercial flights from South America or in plants imported from the region. The worms eat maize, wheat, millet and rice which are the key food sources in southern and eastern Africa, where many areas are already struggling with shortages after years of severe drought.

Chemical pesticides can be effective, but FAO said fall armyworms have developed resistance in their native American habitats.

Southern Africa is facing a plague of pests which is threatening crop harvests and food supplies for millions of people. Zimbabwe hosts an emergency FAO meeting next week to shape a coordinated regional response. (07.02.2017)