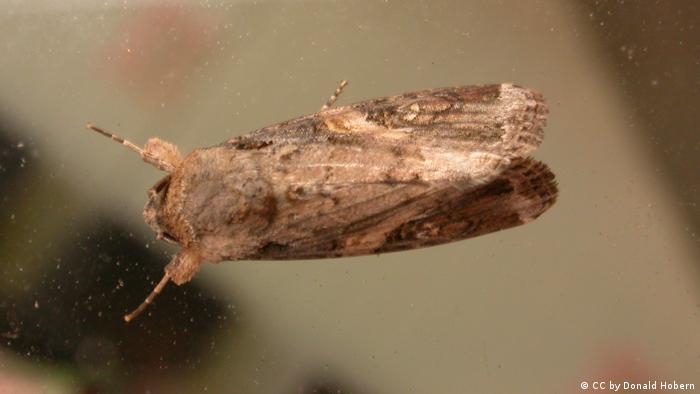 The UN's Food and Agriculture Organization (FAO) is holding a meeting in Harare on how to stop the spreading infestation of the "fall armyworm." The caterpillar has already caused damage to staple crops in Zambia, Zimbabwe, South Africa and Ghana. There are reports that Malawi, Mozambique and Namibia are also affected.

According to experts, this is the first time that the fall armyworm has caused widespread damage in sub-Saharan Africa. The armyworm is actually a moth which burrows into crops in its larval stage. When they re-emerge, after a week to 12 days, it will be as moths that can fly up to 1,000 kilometers.

The armyworms usually attack fields en mass, consuming crops including maize, wheat, millet and rice, the main sources for food in southern and eastern Africa. These are regions where farmers are already struggling to grow their crops because of severe drought.

"Nobody seems to know how it reached Africa," said David Phiri, the UN Food and Agriculture Organization's coordinator for southern Africa adding that caterpillar only first appeared in Nigeria and Togo last year. "So, farmers do not know really how to treat it."

Experts believe that the caterpillars arrived in Africa on commercial flights from South America or on plants that were imported from other continents.

A plan of attack

The meeting is bringing in experts from 13 countries who will spend three days in the Zimbabwean capital forming a battle plan to defeat the pests. 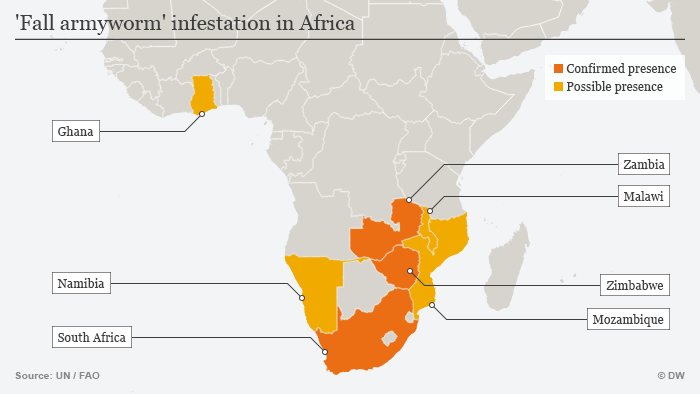 According to the FAO, the fall armyworm is unlike the native African armyworm as it does not "march" along the ground in huge numbers seeking more food.

"This sequence of outbreaks began in mid-December 2016 in Zambia," wrote Kenneth Wilson, professor at Lancaster University in Britain, in a briefing paper Monday.

"It is now as far south as South Africa. Because armyworms feed on many of the staple food crops they have the potential to create food shortages in the region," he added.

Zimbabwe's Deputy Agriculture Minister Davis Marapira confirmed to the AFP that the armyworm has been detected in all of the country's 10 provinces.

"The government is helping farmers with chemicals and spraying equipment," Marapira said.

Experts at the meeting stated that chemical pesticides are effective against armyworms. They have, however, developed resistance to traditional pesticides. According to the FAO's Phiri, it all depends on the level of infestation.

"If it is a small level of the worms, it's easy to control. Otherwise, it's very difficult to control it, so they will have to use different methods, including sometimes burning the crops," he said. 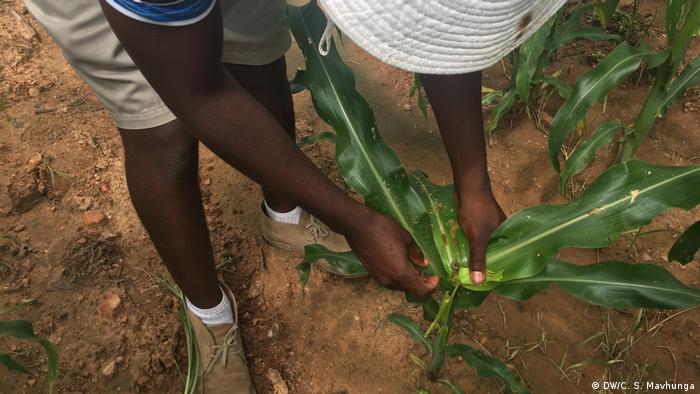 Aside from chemical options, experts are advising farmers to use biological or natural controls like digging trenches around a farm or deploying natural predators, like birds, to eat the pests.

The FAO is concerned that the current outbreak of armyworms combined with the recent droughts in southern Africa caused by the El Nino climate phenomenon, could adversely affect food supplies in the region.

Zambia officials deployed its national air force in December to transport pesticides across the country to combat the spreading infestation of armyworms. The country claims that 124,000 hectares (306,000 acres) of its crops have been destroyed.

Southern Africa is facing a plague of pests which is threatening crop harvests and food supplies for millions of people. Zimbabwe hosts an emergency FAO meeting next week to shape a coordinated regional response. (07.02.2017)