Your next business meeting could be inside a VR headset | Business | Economy and finance news from a German perspective | DW | 16.04.2020

Your next business meeting could be inside a VR headset

With the SARS-CoV-2 pandemic stopping in-person meetings and conferences, videoconferences are the new norm. But video calls are old technology. Soon, conferences and meetings will be held in 3D, using VR headsets. 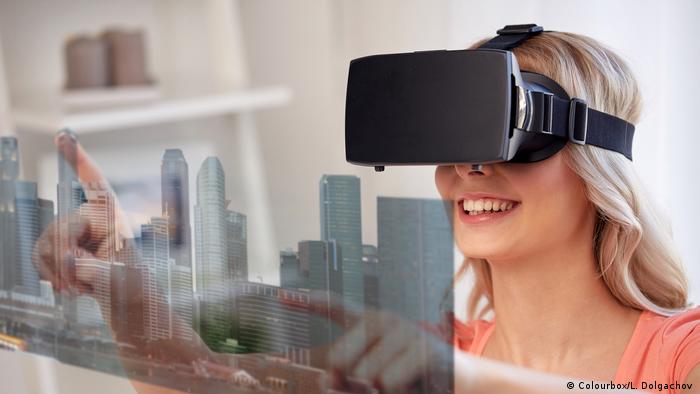 Are you old enough to remember the release of the first-generation Apple iPhone in summer 2007? If so, it won't have escaped you that in the dozen years since, nearly everything that previously could be done only on laptops or desktop computers — in particular, surfing the internet — also became accessible through smartphones that became more and more powerful with each passing year.

Moreover, thousands of apps were developed especially for smartphones, and billions of people became addicted to staring at their tiny screens.

If you're even older, you might remember when the internet first came into common use. That occurred after the first web browser, Mosaic (later renamed Netscape), was unveiled in 1993, leading to the enormous internet boom of the following years, culminating in the "dotcom bubble" which burst in 2000.

These two game-changing interactive digital telecommunication revolutions are about to be followed by a third technology revolution. Get ready for the next big thing: XR — or "extended reality," a term used to encompass VR (virtual reality), AR (augmented reality) and MR (mixed reality).

The XR revolution is on its way

The XR revolution was going to come anyway, but the coronavirus pandemic will accelerate its emergence, according to Ferhan Ozkan, co-founder, with Rahel Demant, of VR First and XR Bootcamp, a Berlin-based network whose mission is to help institutions build XR capabilities. They also run courses and workshops for new XR developers and connect them to prospective corporate clients and employers.

How does our brain find its way in VR?

"Everything that is on a smartphone will soon be possible in XR, and in addition, a range of new applications will be invented that are only possible using VR/AR," Ozkan told DW.

A key fact about XR is that it is much more immersive than previous generations of gaming tools, or existing business communication tools like video calls, Ozkan said, and therefore "much more emotionally engaging." Games, 3D films, and interactive business applications will increasingly move to XR as virtual reality headsets like the Oculus Quest or HTC Vive Cosmos, or augmented reality headsets like HoloLens2, get better and cheaper.

These headsets will allow users to access spaces that combine real-world imagery with completely artificial environments. Computer-generated images and film images will be combined, using new tools like omnidirectional cameras and volumetric capture, or volucapping, which is a way of generating dynamic 3D virtual objects or avatars by filming a person or object from all sides simultaneously using many cameras.

People with VR headsets will soon be able to walk around in 3D VR worlds, seeing and interacting with virtual objects from any angle and any distance. Immersive XR will become the new norm for immersive 3D education. Imagine XR classes in chemistry, architecture, languages, mechanical engineering, cooking or trade skills, such as the safe operation of machinery. 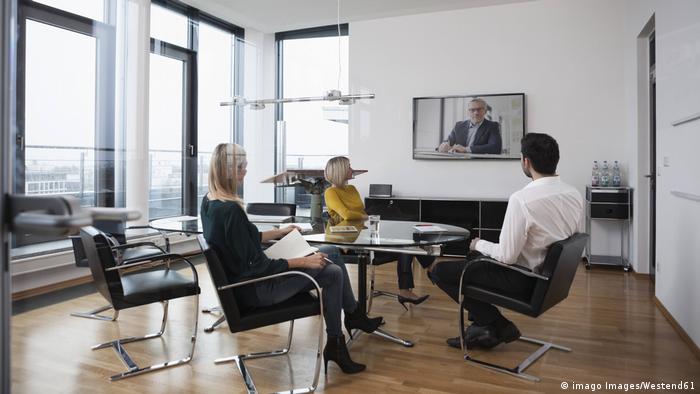 Video conferences are OK for the time being, but usually they're quite boring. Good to hear that something new is in the pipeline

But XR applications will range far beyond immersive gaming and education. It will encompass remote medical diagnostics, teleconferencing, filmmaking, journalism and more. Imagine being able to walk around and explore 3D versions of the Taj Mahal, a war-wracked suburb of Aleppo, the British Museum in London, or a Borneo wildlife park, almost as if you were there, with voice-overs explaining what you're looking at, available whenever you ask.

Meetings and conferences in VR

VR will inevitably become the tool of choice for holding meetings. Suppose you work for a company that develops pharmaceuticals. Why would you choose to look at a flat screen divided into half a dozen meeting participants on a Skype or Zoom call about the design options for a new class of antiviral drug molecules when you could don your VR headset, walk around a virtual meeting room, play around with 3D virtual models of the molecules using your VR gloves, and chat with life-size 3D avatars of your colleagues?

For added panache, meeting organizers will be able to hold the meeting in what looks like the interior of the White House, or in a field full of VR lions and zebras at Kruger National Park — or anywhere else.

If you get bored of a colleague's presentation, you can go to a private virtual meeting room to catch up with someone else on the call. You needn't worry about missing the rest of the presentation — it will be recorded, so you can replay it later.

This is an example of what will soon be possible in the emerging world of XR conferencing. But although the brave new virtual reality world is coming, it isn't quite here yet. One reason is that relatively few people own VR headsets at present. Another is that there is a severe shortage of skilled professional XR application designers and developers.

With XR Bootcamp, Ozkan and Demant have made it their business to close the skills gap in the growing XR industry by developing a suite of learning-by-doing training programs for XR designers, developers and strategists.

"Our industry partners, including VW, HTC, ExxonMobil, BNP Paribas, Bosch, Deutsche Telekom, KLM, Verizon and others, all agree on one fact: There's a lack of people who understand spatial design. There's a lack of UX [user interface] designers for XR. There's a lack of VR/AR programmers. Demand for VR/AR developers has risen by 1,400% over the past year," according to Demant.

"There's also a lack of people who know how to develop an XR strategy for their corporation," Ozkan added. "Companies and their digital technology strategists need to become aware of XR use cases, the XR adoption journey, how to build an XR design and development team, how to build and maintain an XR hardware and software platform — the whole package."

This is why we can expect to see an explosion of startups and higher salaries for XR developers than for other kinds of software developers over the next few years, Ozkan said: "Now is a good time to get into VR/AR."

On April 9, a volunteer team of experts from several companies convened by an XR manager from Deutsche Telekom released "A Global Resource Guide to XR Collaboration," a 60-page document intended to serve as an entry point for anyone interested in getting involved in using XR for interactive collaboration.

"As most of us struggle with the challenge of adapting to this 'new normal' where much of the world's population finds itself unable to safely hold face-to-face meetings, XR collaboration tools are emerging as viable alternatives ... By sharing fully immersive spaces with others, we begin to bridge the physical gap between us — opening up a whole new world of communication possibilities," the guidebook's introduction says.

The authors promise to update it regularly as XR technology continues to develop rapidly.

Jammo, Kayla and Fidelis wonder about strange rumours spreading on the internet after the demonstration in Lubyna. Meanwhile the police continue their investigation into the death of Musa Bamafor. (03.11.2017)