"Young, dynamic, hopeless?" That is the name of this year's Pentecost drive by the Catholic charity Renovabis. It seeks to draw attention to the lack of perspectives for young people in southern and eastern Europe. 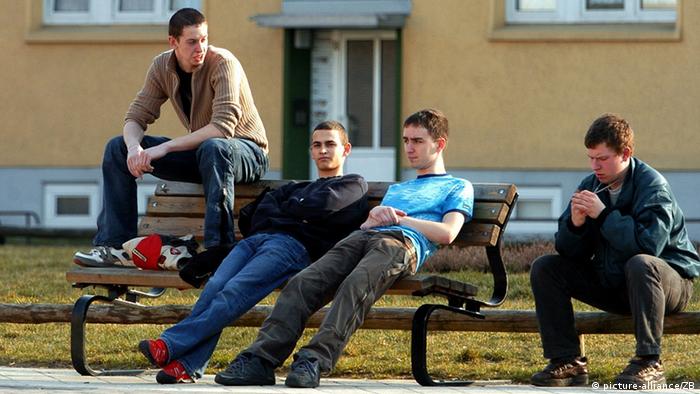 The Franciscan auxiliary bishop of Sarajevo speaks softly, yet he paints a very bleak picture. Some 70 percent of young people in Bosnia and Herzegovina want to emigrate - the result of a depressing existence and a poor outlook for the future. As he opens Renovabis' Pentecost drive in the southern German diocese of Speyer, Pero Sudar says that the story is the same in much of the Western Balkans. The Catholic charity organization hopes that this year's drive will draw attention to the issue, and inspire solidarity with young people in eastern Europe.

Similar numbers have existed in almost all Western Balkan countries for years. Above all, shockingly high youth unemployment negates any hope of a normal life for most people in the region. Depending on which statistics you refer to, some 45 to 60 percent of all youths in Serbia, the former Yugoslav Republic of Macedonia (FYROM), Bosnia and Herzegovina, and Kosovo are unemployed. Add to that poverty, political instability, corruption and nepotism, and it is easy to see why so many of those affected by social and political shortcomings in the region are so pessimistic and resigned. 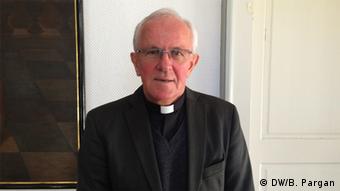 Bishop Sudar warns that young people in southeastern Europe have lost faith in democratic institutions and democracy itself. He also highlights the geopolitical situation in the Balkans, and the multi-ethnic and multireligious character of societies there.

The willingness of Christians and Muslims, Catholics and members of the Orthodox Church to live together in peace has been tested by social problems, above all in countries such as Bosnia and Herzegovina. Sudar, who is also a professor of canon law, points out that beyond political dialogue, true ecumenism is essential in southeastern Europe. For the coexistence of different peoples, cultures and religions is a fundamental necessity for peace - and right now it is unclear whether that is even possible.

There is a veritable exodus of young people from the region, and this in turn has developed into a real threat for the states of southeastern Europe. Yet there are almost no sustainable strategies for fighting youth unemployment in the region. As a result, most young people live with their parents and are dependent upon the latters' incomes or even their grandparents' pension to survive. The resulting disappointment and hopelessness awakens new dangers, several of those speaking in Speyer said. Social workers see a perfect breeding ground for future drug and alcohol dependency, gambling addiction and youth crime. They say the threat of political and religious radicalization has risen dramatically over the last several years as well.

Southeastern European governments recognized this explosive potential long ago, but they have yet to come up with concrete solutions to combat it. They not only lack the money, but also the will and the ability to enact the education and job market reforms needed to improve job training for young people. 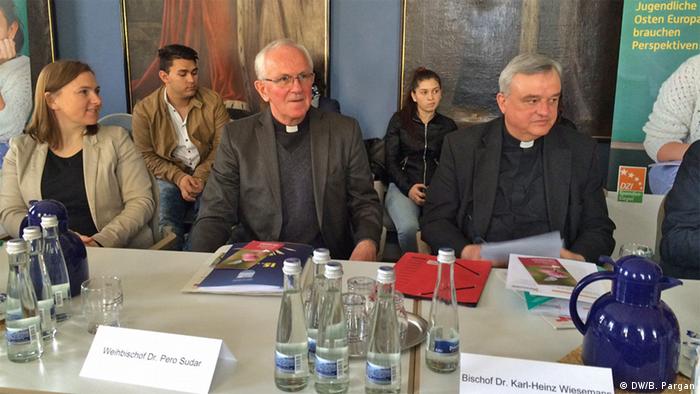 Looking to the future with concern - the Renovabis conference in Speyer

Bishop Sudar also criticized the "lack of connections between the educational system and the job market." He castigated the sluggish pace of implementing the reforms set out in the Bologna Process, and pointed out that many stages of education existed with absolutely no relation to one another. That is why - according to the latest polls - almost 80 percent of young people in Bosnia and Herzegovina do not believe that their lives will be improved by a solid university degree. Polls in other Balkan countries have shown much the same results.

Gerhard Albert, managing director of Renovabis, feels vindicated by such bad news and calls the current developments "a great challenge." It is important that governments and politicians be reminded of their responsibilities, he says, pointing out that the continuing emigration of young people poses a real threat to the development of eastern European nations.

In the end, the bishop from Sarajevo wanted to spread a little optimism with a positive example. On a trip to San Francisco, he met a successful businessman who told him that he wanted to return to Bosnia and Herzegovina with his wife and children. And he recently met that man again at a parish festival in Central Bosnia. When the bishop asked him why he returned, the man answered: "Life is more normal here!"