Young Germans are eager to learn more about WWI | World| Breaking news and perspectives from around the globe | DW | 20.01.2014

Young Germans are eager to learn more about WWI

German youth are showing real interest in World War I. Almost 80 percent of those under 30 want to know more about what caused the conflict 100 years ago. And yet, the subject remains neglected in schools. 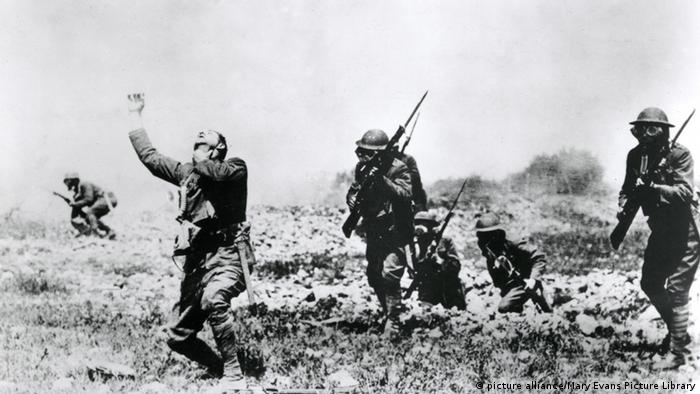 The year 1914 has been featured prominently on magazine covers, in articles and on announcements for films and exhibitions. Interest in the First World War has also been demonstrated in a nationwide Forsa survey. The overwhelming majority of Germans are interested in the subject, particularly those aged 14-29.

But why does a historical event so far removed from the world of today's adolescents and young adults stoke so much interest among them? Psychologist Carlos Kölbl, from the University of Bayreuth, is not surprised by their fascination.

"It could be that many high school students learn comparatively little about the First World War and therefore say that they want to know more," Kölbl told DW.

The Second World War, and above all National Socialism, dominates modern German society's historical-cultural discourse. In contrast, the period from 1914-1918 is often ignored and neglected. Kölbl researches the historical consciousness of young people and can imagine that discussion of the First World War can lift a certain burden off of them. While it's clear that Germany - with its invasion of Poland in 1939 - started the Second World War, responsibility for the outbreak of World War I is not so cut and dry.

"Above all right now, there's a new conversation going that says Germany isn't solely responsible for the outbreak of the First World War," said Kölbl, referencing the book "The Sleepwalkers: How Europe Went Wrong in 1914," by the Australian historian Christopher Clark. 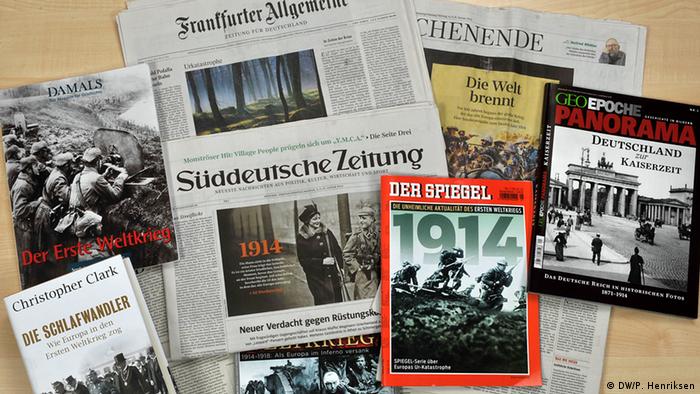 According to Ulrich Bongertmann, WWI, often referred to as the Great War, is one of those subjects where controversial academic theses and different opinions can be integrated into the classroom. But even though students are interested in the subject, that is not always easy because they often don't have enough background knowledge of the conflict.

"The complexity of the question of responsibility [for the war] cannot be examined in one school-book page or in a 45-minute lecture," Bongertmann said.

Nevertheless, Bongertmann views the critical examination of these questions as tremendously important for society. According to him, it's about society's collective interaction with history.

"That means that looking to the past serves as a way to provide orientation in the present - in a political, but also in a moral sense," Bongertmann said.

History lessons in a globalized classroom

In Bongertmann's experience, young people are very open to these discussions. But classroom lectures often don't integrate the background and heritage of the students into the conversation. For example, girls often have a different perspective of history than boys. And a German student might have a different view on a historical subject than a student with Turkish, Russian, or Serbian roots.

"These aspects, which have to do with a globalized world, play too small of a role in the research on historical consciousness," he said. "What does it mean when someone has an immigrant background? What is that person's interest in history?"

The school classroom offers the chance to approach historical events from diverse perspectives, he said. But one has to try to integrate students' migratory background into the conversation, and the First World War provides enough opportunities for that. But one has to be sensitive.

"It can get heated quickly, for example in the context of the Ottoman Empire's war crimes against the Armenians," he said. "For many students with Turkish backgrounds that's a taboo."

Bongertmann hopes that the First World War's centennial will stir students' interest in older history. There are enough anniversaries this year to keep students engaged: The Second World War broke out 75 years ago and the Berlin Wall was torn down 25 years ago.

Belgium's West Flanders region was one of the world's most militarized zones during World War I. Now, with the centenary in 2014, the region is preparing to reap the benefits of a projected rise in tourist numbers. (09.01.2014)