Yemen's exiled Vice President Khaled Bahah announced the "liberation" of the country’s second city, Aden. The country’s government is drawing up plans to return from exile in Saudi Arabia. 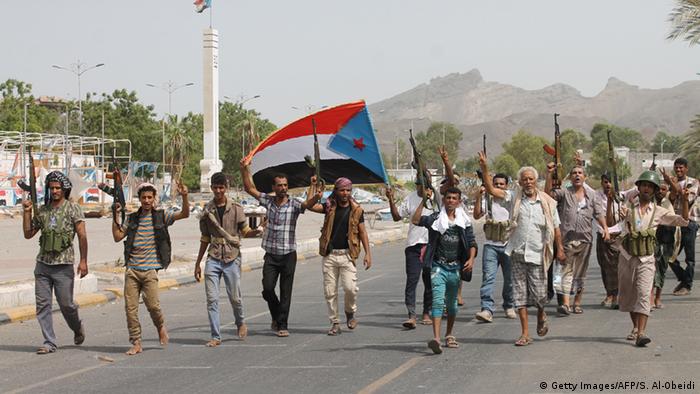 "The government announces the liberation of the province of Aden on the first day of Eid al-Fitr which falls on July 17," Vice President Khaled Bahah said on his Facebook page, referring to the Muslim holiday marking the end of the fasting month of Ramadan.

"We congratulate the people of Aden and the Republic of Yemen as whole for what has been achieved in the last two days," he added. "We will work to restore life in Aden and all the liberated cities, to restore water and electricity."

President confident to regain control of all of Yemen

Carried out by southern militiamen of the Popular Resistance - backed by airstrikes from a Saudi-led coalition of Arab countries - loyalist forces on Tuesday launched a three-day military operation against the Houthis, who had seized control of much of the southern port city back in March. Brigadier General Ahmed al-Asiri, the Saudi-led coalition's spokesman, praised the "heroic efforts" of Yemeni fighters.

"From Aden we will regain [control of] all of Yemen," Hadi said in a televised speech.

A special gift for Eid

Residents and local fighters said low-level clashes were continuing in the Tawahi district in the west of the city, with some observing acts of retribution, such as a rebel fighter being thrown from the roof of a building. But the general atmosphere in Aden was reported as celebratory, as the liberation of the city coincided with the beginning of the Muslim high holiday of Eid al-Fitr.

Aseel Mohsen, a resident of Aden, said she had spent recent days holed up with 30 other people in the basement of her apartment building, taking cover from the intense fighting.

"Today we are free," she said. "We can now go down and prepare and shop for Eid."

The city of Aden was President Abed Rabbo Mansour Hadi's last refuge after he had fled the capital Sanaa earlier this year as Houthi rebel forces proceeded to seize much of the country. Parts of the city were reduced to rubble after months of ferocious fighting.

The United Nations has declared Yemen a level-3 humanitarian emergency, the highest on its scale. More than 21 million people - over 80 percent of Yemen's population - were reported as in need of aid.

Several ministers and top intelligence officials arrived in Yemen's war-torn southern city of Aden in the first visit by the exiled government - currently based in Saudi Arabia - in more than three months of war. (16.07.2015)