After waiting three days for the Houthi delegation to show up in Geneva, peace talks between the rebel Houthis and the Yemen government were called off. The Houthis were not comfortable with travel arrangements. 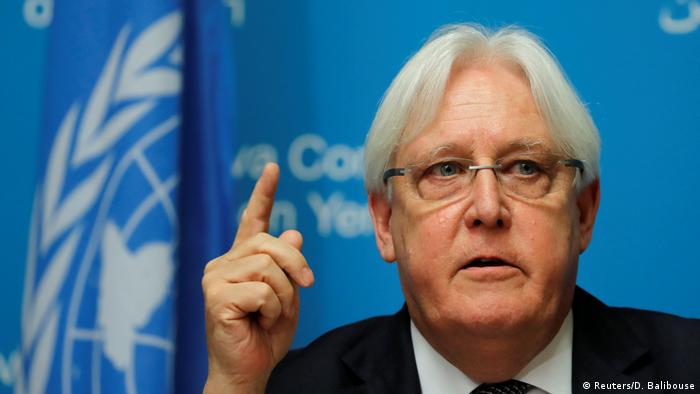 After three days of waiting for the Houthi movement delegation to show up, Yemen peace talks collapsed on Saturday. The indirect talks were originally scheduled to begin in Geneva on Thursday, but were postponed for the past two days over the Houthi rebel delegation's travel delay.

Yemen's foreign minister, meanwhile, slammed UN envoy Martin Griffiths on Saturday for "appeasing" Houthi rebels by not squarely blaming them for the failure of peace talks in Geneva.

"I believe that the words of the Special Envoy... were unfortunately appeasing the coup plotters and giving them excuse," Khaled Yamani told reporters. Yamani's comments came shortly after Griffiths announced that talks scheduled this week had ended. 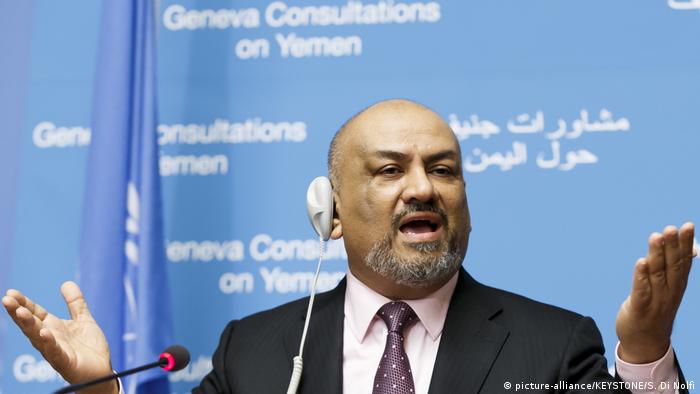 "We didn't manage to get... the delegation from Sanaa to come here... We just didn't make it," Griffiths told reporters, insisting however that the Houthi delegation had wanted to come and were "disappointed not to be here.

Asked who was to blame for the negotiations taking place, he insisted: "It's not my job to find fault. It's my job to find agreement." He added, "I'm not in the business of finding fault with one side so that the other side allegedly can be happier."

Griffiths, who held three days of talks with a Yemeni government delegation, said he would meet with the Houthi leadership in Sanaa and Muscat, Oman in coming days.

Griffiths, referring to peace processes, said on Saturday: "A restart is a very delicate, fragile moment. People are coming at a time when perhaps all of their constituencies are not fully engaged and don't see ahead of time results that will come out of talks. So I don't take this as a fundamental blockage in the process," he added.

Confidence-building measures such as increasing humanitarian access as well as prisoner releases and reopening Sanaa airport were discussed with the government, he said. 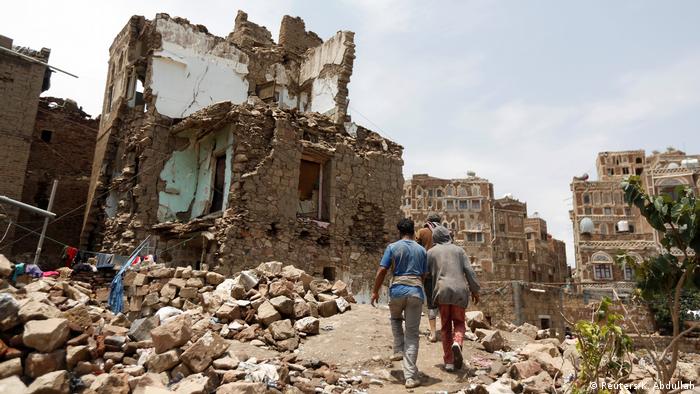 Fighting in Yemen has left millions dependent on aid

Agreement has been reached for medical evacuations from the Houthi-held Yemeni capital of Sanaa. He said it would start in a week with a flight to Cairo, and called it an "early achievement".

A Saudi-led military coalition intervened in Yemen's war against the Houthis in 2015. The aim was to restore the government of Abd-Rabbu Mansour Hadi. The humanitarian situation has worsened sharply since, putting 8.4 million people on the brink of starvation and ruining the already

Yemen has been labeled by the UN as the world's worst humanitarian crisis. After three and a half years of war, 22 million Yemenis - or three-quarters of the population - depend on aid supplies.

The Western-backed Saudi-led coalition fighting in Yemen has said that "mistakes" were made in an airstrike on Yemen that killed 51 people in August. This came after the UN said it could constitute a war crime. (01.09.2018)

Yemen's Houthi rebels said they carried out several attacks on Friday, the largest being on an oil storage and shipping facility in Jiddah. Sunday's F1 Grand Prix there will go ahead as scheduled, organizers said.