The Yemeni delegation walked out of the talks in Kuwait, but have said they'll return if Houthi rebels agree to a UN deal. The rebels have put forth their own deal, which calls for a national unity government. 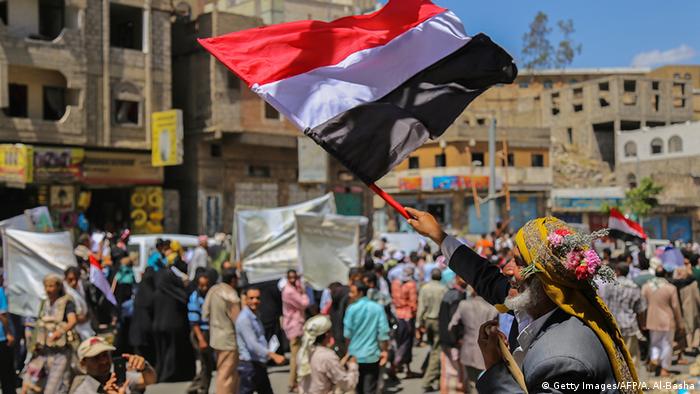 The Yemeni delegation said that its departure on Monday did not signal a complete abandonment of negotiations.

"We now leave Kuwait... but are not quitting the consultations and not ending them before August 7," Foreign Minister Abdulmalek al-Mikhlafi, who is heading the delegation, said, referring to the end date set by the UN envoy Ismail Ould Cheikh Ahmed.

The talks began in April but have so far failed to end Yemen's conflict.

"We will return any minute ... if the other side agrees to sign" the UN proposal, Minister Mikhlafi told reporters before flying out of Kuwait Airport.

The foreign minister also slammed the rebels for turning down the peace offering.

"This Houthi-Saleh alliance will never accept any peace deal that does not legitimize their coup," Mikhlafi said.

The Yemeni delegation chose to return to Saudi Arabia after a meeting with the UN envoy, Ismail Ould Cheikh Ahmed, according to Mikhlafi.

The draft plan calls for the rebels to withdraw from three major cities, including the capital Sanaa, hand over heavy arms and return state institutions they seized in September 2014, according to the government.

But the rebels rejected that plan and offered a counter proposal calling for a national unity government to be formed, with a new consensus president appointed to oversee the transition.

Yemen is home to what the United States sees as al Qaeda's deadliest franchise. The country descended into chaos and civil war after the 2012 ouster of longtime strongman, President Saleh.

The fighting has left more than 6,400 people dead, including hundreds of children, and displaced 2.8 million over the past 16 months, according to the UN, when a Saudi-led Arab coalition launched a military campaign in support of Hadi.

The UN refused a request from Saudi Arabia to reveal sources of information on the killing and maiming of children in Yemen. The UN has held the Saudi-led coalition responsible for 60 percent of kids' deaths in Yemen. (16.06.2016)

UN chief Ban Ki-moon has accused Riyadh of exerting "undue pressure" to get the Saudi-led battle group in Yemen deleted from a UN child violator blacklist. He says Saudi funding for millions of children was at stake. (10.06.2016)

Leading rights groups have urged the UN to put the Saudi-led coalition on the blacklist for killing children in Yemen. The UN previously removed the Arab alliance from it, under massive pressure from Saudi Arabia. (09.06.2016)

Who is Maryam Nawaz, the face of Pakistan's anti-government movement? 57m ago