Poetry could save lives, says the internationally acclaimed Chinese writer Yang Lian. He tells DW how - and why he considers himself to be in spiritual exile. 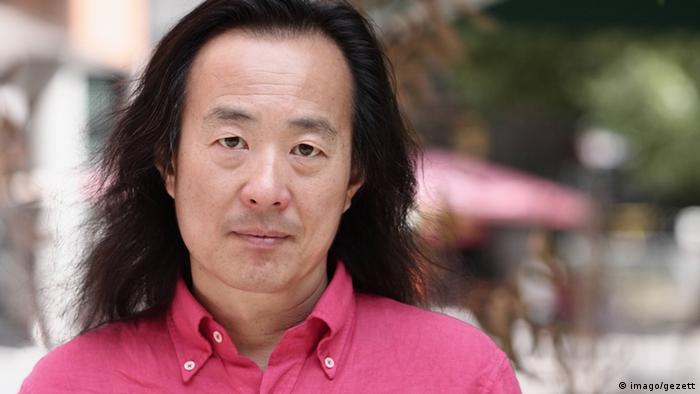 DW: Yang Lian, as a poet you spend almost half of your life outside of China - in New Zealand, Australia, Germany, the UK, and other countries. Do you still consider yourself a writer in exile?

Yang Lian: The answer to this question is: Who is not in exile in this world if you are a creative thinker? In many cases, we are of course facing political control, but even more often we face commercial control, or the control of bad taste - or whatever. So actually if you are creative you are in exile spiritually.

So even in a country with unlimited freedom of speech there is no real freedom of thought or creativity?

I think, in this so called globalization era that relates to everything and reaches everywhere, people are becoming more and more selfish and cynical. This world is becoming much bloodier than before - just think of the killing in the Middle East. This kind of double standard and a cynical attitude to life are not only present in dictatorships or autocracies, but everywhere. So in this case as an individual, you have to think about what your reality is - and make a decision whether you are in exile or not.

Your decision, obviously, is to be in exile. But what does this decision mean?

That means you have to challenge the limitations of our own mind. And based on this spiritual challenge you have to make decisions on your actions in reality.

This sounds very abstract. What does it mean in real life?

Well, for example, as a Chinese poet who lives internationally, you have to fight for freedom of speech in China and try to push for positive cultural transformation there on the one hand.

But we also have to face contradictions internationally, especially in the West. When big companies build their factories in countries like China where they use cheap laborers - we call them migrant workers - with extremely low pay and very bad working and living conditions, and then sell the products internationally at an international price and with a huge profit, this kind of cynical attitude and double standard is the reality that we are facing. So we have to build up a clear opinion about that and fight it.

It's only been a few years since you've been able to return to China without any restrictions - or are there still restrictions?

China is a complex case. There is never one word you can simply say - black or white. It is always black and white. Yes, now I can go back to China. I want to dig my hands into the situation there. As I said, I want to push for transformation, politically, culturally, and also literarily. For example, by creating an Internet poetry prize open to all people and all Chinese writing. Or organizing poetry festivals that enable us to build up direct exchange between Chinese and international poets. Or by publishing books.

But again, all those actions are quite sensitive. My last awful experience of censorship was in 2011when my autobiographical book-length poem titled "The Narrative Poem," which had been published in China, only survived one day in the bookshops. All 3,000 copies were called back and destroyed.

What was the reason? 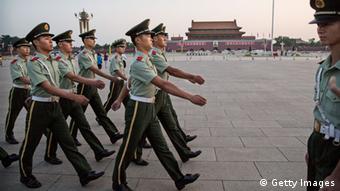 Tian'anmen Square: Yang Lian sees the positive side of having his book banned

It was because of one part of the poem which is in itself a shorter poem titled "Reality Elegy." In this autobiographical poem I couldn't help but write about the Tian'anmen Square Massacre, which was the turning point of my own life, but I think also the turning point of the development of Chinese culture in recent years. Since the crackdown of the democratic movement and the massacre in June 1989 is still taboo, the poem was registered and watched very closely. The publishing company "Huaxia" got a warning directly from the government. The very sad result was that the book died.

How many books did you manage to save?

I think I got about 25 copies that were given to me directly by the publisher. But for me this was only the first chapter. I was sad for maybe one week. Then I changed my mind and said to myself, okay, I want to show the meaning of that event in my life and in literature, and I wanted to write about Tian'anmen,even though I wrote about it in a very poetical way. If the book had been published and if people had told me that everything was fine, then I might have had to question myself. So the awful fact that the book was destroyed actually was a kind of approval of the depth and power of poetry, which also meant that even in a time when people said nobody reads poetry, poems were indeed being read.

And then my banned poem was published in Hong Kong, Singapore, Taiwan, overseas, and now even in mainland China. People can download the original version of this long poem on the Internet freely.

So one could say that poetry has a very strong subversive power?

Poetry is still extremely important in Chinese culture as well as in Chinese social life.

Why is that so? Do people in China read a lot of poems?

Yes, they do. For example, in 2012, when I was invited to be the artistic director of artsbj.com, which is an arts and cultural website based in Beijing, I proposed that we create an online poetry prize that is open to all poems written in Chinese. And we did. We set up an international committee for the prize and we selected seven very established Chinese poets as the jury. But none of us expected that more then 80,000 poems would flood into this poetry prize within one year. And each good poem was followed by 30 or 40 pages of comments. It was like a year-long poetry festival.

How did you manage to judge this huge number of poems?

It was a year-long process. We read and marked the good poems initially with a star, so 10 to 20 percent entered the first level of selection. The jury worked with this selection. All those people on the Internet only used their pen or Internet name. 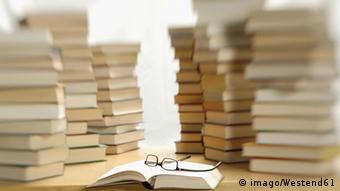 Yang Lian has collected Poems from all over China

For example, a now internationally well known poet, Guo Jinniu - that's his real name -, used the name "passionate diamond." We did not know if this was a man, a woman, an old man, or a young man. But I realized that he wrote about the experiences of migrant workers in a very individual creative, beautiful and powerful way. He won the first prize in 2012. His collection, "Returning to Homeland on Paper," has been translated in the meantime into different languages and obtained several prizes. Through Guo Jinniu, workers' poetry became a very important phenomenon and gets a lot of attention across all layers of society.

Another young Chinese migrant poet committed suicide on the eve of October 1 last year, China's national holiday. His name was Xu Lizhi; he was only 24 years old. Unfortunately we only discovered his poems after he died, and then we realized he was a greatly talented young poet.

Where did you read his poems?

They had not yet been published in a book. I read them on the Internet after I received the news of his death. If he had submitted his poems to our website, he would immediately have gained huge support, the warmth of the poets and the people. It might have saved his life.

Reading between the lines in Taiwan

Despite seemingly immense cultural barriers, there is an enormous interest in Western literature in Asia - namely, in Taiwan. And translations of German bestsellers are particularly en vouge. (08.06.2015)