Writing Aplenty on the Web, but Where's the Cash?

The Internet age with its multitude of blogs and online forums has led to an explosion of writing. But the losers in this development, at least financially, appear to be the writers. 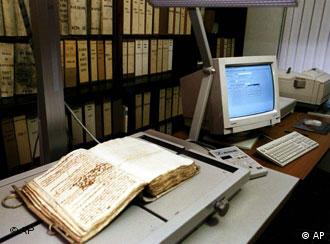 Lots of writing on the Internet, less money for writers

At the Frankfurt Book Fair this week there are books galore by authors no one has ever heard of.

For every millionaire celebrity author, such as JK Rowling sitting pretty on a fortune from her seven Harry Potter novels, there are hundreds of thousands of writers earning just pennies, having to make their living from taxi-driving or teaching.

A US webzine, 10 Zen Monkeys, did an unscientific survey last week
of professional writers - the term was defined to include both book and magazine authors - and found many saying that they were receiving fewer commissions and less income than a decade ago.

The villain, many say, is the Internet.

A surfeit of good stuff

The web is being criticized for giving a voice to so many millions of people that good writing is no longer scarce. It's everywhere. 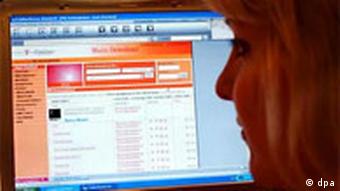 There are more distractions than ever before thanks to the Internet

One of the surveyed writers, John Shirley, observed, "People spend a great deal of time and energy online, time and energy which is then not available for that armchair book."

The fear among writers is that, according to the old laws of supply and demand, writing is worth less today.

"Generation Download thinks information wants to be free ... even if some ink-stained wretch wept tears of blood to create it," wrote Mark Dery, another contributor.

What's more, the masses who are blogging or uploading poetry seem unconcerned about that talisman of the traditional writer, copyright. They're publishing their essays, diaries, poetry and fiction online with no practical protection against plagiarists. 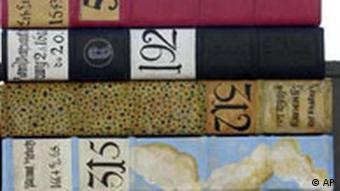 How can one put income in writers' pockets in the digital age?

It's a situation that appals Alexander Unverzagt, a Hamburg, Germany copyright lawyer in a panel discussion at the book fair.

He recalled being approached a few weeks ago by an academic who had hosted a blog that attracted a lot of profound comment. The academic wanted to take 150 of the most superb comments and edit them into a book.

Could he do so, without negotiating individual rights contracts with all 150 authors?

No way, said Unverzagt. Every contributor had implicitly granted a licence to use his text for the blog only, but not for another medium such as a book. "The Internet is not a lawless zone," he said.

The key purpose of the annual, five-day Frankfurt Book Fair is buying and selling the rights to writing, country by country and in all the myriad publication forms, whether as books, film or online.

Discussion is growing about whether that is a sensible way to put income in writers' pockets.

A panelist, Catharina Maracke, also a lawyer, said the Hamburg academic should have asked his contributors to sign over some rights from the beginning with a "creative commons" license. 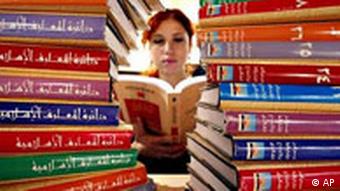 The world Creative Commons movement -- Maracke heads its Berlin office -- is an offshoot of the open-access movement which argues that the legal phobia against copying is a brake on scholarship, science and debate.

Obtaining 150 licenses would take more effort than it is worth to publish just one book. If all the authors had legally gifted their comments to humanity, their thoughts could be reproduced in a book and would win wider influence.

Top publishers at the Fair agree that worldwide sales of printed books remain strong. Peter Olson, chief executive of the world's biggest book publisher, New York-based Random House, says there is a digital future but it is not a threat.

The concern among authors is that they are becoming low-pay workers in a flourishing industry. Many, such as poets and academics, receive only neglible royalties and mainly publish for the sake of glory. 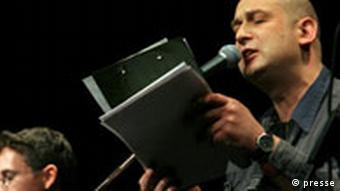 Some poets make money off of appearances, not off their books

Monika Rinck, a German poet, says she publishes her poetry on blogs and on the internet and does not expect the publication itself to bring her any income. Instead, she can charge appearance fees for reading the poetry, thanks to her growing reputation.

"I don't earn income from a book, but rather from my readers," she explained during the panel discussion.

Writers justify free blogs as a way to build a fan community, establish a public personality and explain their thought processes.

Open-source or traditional, writers like Rinck agree that editors are still essential to select the best writing of the age.

"We're drowning in yak, and it's getting harder and harder to hear the insightful voices," Dery said. Oscar Wilde would be just another forlorn blogger out on the media asteroid belt in our day.

Television has long been regarded the enemy of more traditional pastimes such as reading books. Now the first-ever German TV company devoted to producing programs exclusively about literary matters wants to change that. (12.10.2007)

Do you think the Internet is pulling income out of writers' pockets? What should be done about it? Please include your name and country in your response.