Television has long been regarded the enemy of more traditional pastimes such as reading books. Now the first-ever German TV company devoted to producing programs exclusively about literary matters wants to change that. 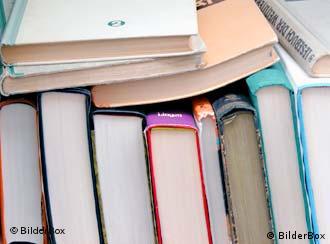 With thousands of new books produced each year, lettra aims to orient readers

The broadcaster, called lettra, aims to keep book lovers up-to-date with what's going on in the world of fact and fiction. It's set to go on air on Nov. 24. on the pay TV channel Premiere Star.

The idea of literature TV was the brainchild of Jan Henne De Dijn who announced the launch at the Frankfurt Book Fair on Thursday.

"Three quarters of Germans are readers," he said. "Lettra wants to help them navigate their way around the book market, providing orientation and entertainment. With 95,000 new publications a year it is difficult to retain an overview."

Catering for the whole spectrum of book lovers 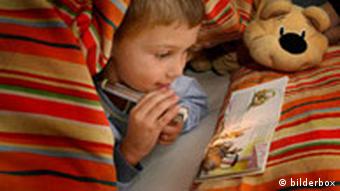 The TV company aims to appeal to old and young alike

The company aims to appeal to book worms of all kinds, featuring programs about children's literature, novels, factual and self-help books, educational literature and reference works.

Five hours of programming a day are initially planned. The centerpiece will be a two-hour live show every weekday evening. There will also be a morning show for children, along with literary adaptations, magazine shows and documentaries.

"We won't be presenting books and reading in a high-brow manner, but competently and informatively," said lettra's co-managing director and editor-in-chief Carsten Meincke. "We want to be entertaining and humorous and reflect the creativity and the variety of the book world. After all, we want to make television for everyone who love books." 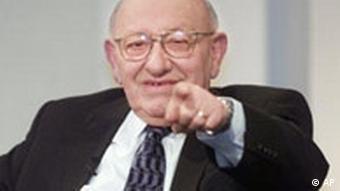 "Reading will be presented in a unique way with verve and in an entertaining manner -- for both old and young," he said.

Lettra also wants to let everyone with a passion for books have their say, giving a voice to readers, as well as writers and publishers.

De Dijn is hoping to attract half a million viewers by the end of the year.

The project has funding for three years, according to De Dijn. Two-thirds of the 3 million euros ($4.2 million) of funding has come from public money.

Günther Grass returned to his birthplace of Gdansk this week to start celebrations for his forthcoming 80th birthday. Not everyone was pleased to see him. (05.10.2007)

Would you watch a TV channel on literature? Please include your name and country in your reply.

Atwood and her publisher are auctioning off an unburnable copy of her bestselling dystopian novel this week. The move is a gesture of protest against book banning and censorship in the US.