One of Germany's most prestigious literary awards has gone to a 432-page historical novel set in Berlin during the two world wars. But literary critics disagree as to whether it's a page-turner or a bore. 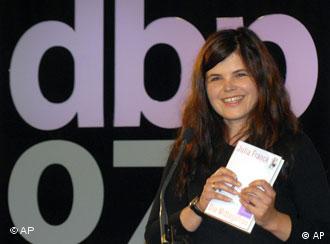 Franck's work was chosen from a short-list of six

Julia Franck's Lady Midday (Die Mittagsfrau) tells the story of a woman who abandons her son at a train station in the final years of the Third Reich. The story was based in part on the life of Franck's father who was, in fact abandoned by his grandmother in 1945.

In honoring Franck's novel, the jury called it "spellbinding in its verbal immediacy, storytelling energy and psychological intensity."

The German Book Prize carries a cash award of 25,000 euros ($35,000) and is considered a major literary springboard -- previous winners have been translated into other languages, including English.

Franck is a 37-year-old mother of two who was born in the former communist East Germany but moved to the West as a child. Lady Midday is her fifth book. 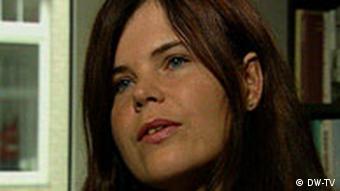 Franck has a reputation for being earnest


Like most high-profile literary awards, the German Book Prize gives critics the chance to argue long-windedly about whether the winner is any good. And Lady Midday has proved no exception -- with reviewers more or less evenly split on its quality.

"She may reign in her style but she gives it sufficient cold space to breathe and to resonate in precise images," wrote one critic in the daily newspaper Die Welt. "She constructs an almost classical drama of stations."

But others are far less impressed.

"The book is overrun with stereotypical figures from 1920s Berlin, and there, especially where the dialogue is concerned, the 'narrative intensity' lauded by the jury descends into pretension, imprecision and, sometimes, kitsch," carped another critic in the daily Berliner Der Tagesspiegel.

Franck will surely be the subject of further discussion at the Frankfurt Book Fair, which starts on Tuesday evening.

Children's and youth literature was a major focus at the Berlin Literature Festival. (17.09.2007)

The jury has narrowed down the list of nominees for the coveted German Book Prize. The grand-prize winner will be announced on Oct. 8 at the opening of the Frankfurt Book Fair. (22.08.2007)