The US has long warned its European partners it was losing patience with paying the majority of NATO's bills. The nomination of Donald Trump has made the threats of a US withdrawal from NATO seem real and present. 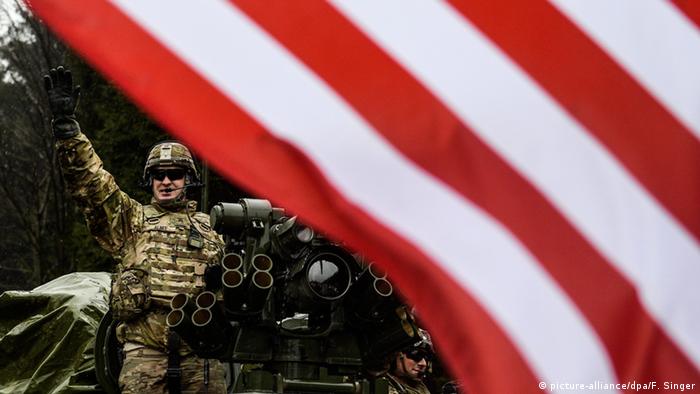 Republican presidential nominee Donald Trump has made US dissatisfaction with NATO's resource and funding gap a major campaign issue for the first time, coupling stark reprimands against European allies who don't devote the NATO-prescribed minimum 2 percent of GDP to military spending with blunt threats to walk away from mutual defense responsibilities enshrined in Article V of the NATO treaty.

Trump says "NATO is obsolete and extremely expensive to the US, disproportionately so, and we should readjust NATO." He pledges if he becomes president, US participation in an Article V operation would depend on whether the ally under attack had "fulfilled their obligations" to the US. It's unclear whether Trump believes other NATO countries owe money directly to the US for military reassurance, as he also said recently that European allies "don't pay us what they should be paying" and that he "want[s] them to pay." 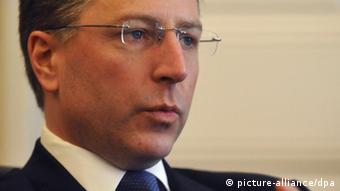 Former US ambassador to NATO Kurt Volker, a prominent Republican voice on foreign policy, agrees the gap between American and European defense spending is a neuralgic problem that needs to be addressed. "The question is," Volker says, "what do you do about it? And to threaten to blow up NATO might be a negotiating tactic that somebody might want to try out, but I don't think it's a good idea to threaten that, because you're sending the wrong signal to people like [Russian President Vladimir] Putin, who have invaded their neighbors, who have threatened NATO countries, who buzzed our warships. They've threatened to attack Denmark with nuclear weapons."

While Volker notes "there are a lot of institutional checks and balances that will kick in if [Trump] actually does get elected president, you don't really know" how much of the campaign bluster he would try to carry through to policy.

Even Republican party stalwarts have found Trump's views so disturbing they are deserting him to publicly endorse his opponent Hillary Clinton. Among them is Reuel Marc Gerecht, a prominent neo-conservative commentator and former CIA officer, who's written an open letter raising alarm about Trump's foreign-policy positions.

Gerecht shakes his head in disappointment at where he - and the GOP - find themselves today. "If you'd asked me 18 months ago whether I could envision voting for Clinton, the answer would have been no, I could not." But he's openly supporting her now and concluding his own party has imploded. "Mr. Trump makes no sense," Gerecht says, and while he disagrees with many Clinton positions, he feels she is at least "within the realm of normal." 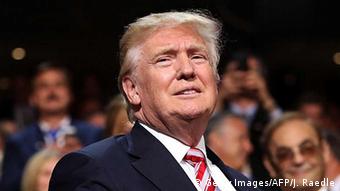 A Trump presidency could have dire consequences for NATO

As for whether Trump really would or could pull the US out of NATO, Gerecht speculates a Trump presidency might mean there won't even be a NATO to quit. "Any president has within his powers as commander-in-chief to effectively gut NATO," he says. "And certainly by simple statements that he's already made, if he were to make them again after becoming president, that he would not honor Article V, then NATO is de facto defunct."

Constanze Stelzenmüller, a senior fellow with the Brookings Institution and frequent commentator on her native Germany, says even if Trump doesn't win and cut off US support for NATO, damage has been done. "The reality is that in politics, just talking about this kind of thing, as a candidate who isn't even elected yet, already has an impact on people's expectations and on the relationship in the 'now' as opposed to in November or in January," she says. "It is damaging the transatlantic relationship which is based on trust and the assumption that we have a broad commonality of interests and values now because Europeans understand that Trump is not a singular phenomenon, he is a symptom of a broader mood."

That mood sees Americans turning away not just from NATO but from other international involvement as well. Erik Brattberg, a Swedish senior fellow with the McCain Institute on International Leadership, believes the transatlantic free-trade deal known as TTIP, already struggling under a supportive President Obama, would face certain doom under Trump. But Brattberg says there would be bigger things to worry about in that case, such as "what does the West actually stand for anymore?"

Brattberg says it's no longer clear whether the US worldview is "liberalism, openness and globalization" or "nationalism, protectionism and religion." "These are fundamental questions that I think both American and European citizens are going to face," he says. "And the elections, both here and other elections coming up in Europe, are going to be pivotal for how we respond to them."

Growing Islamophobia around the world, fueled by Islamist-inspired attacks particularly in Europe, is one of those challenges that will consume increasing time in European political campaigns as it has in the American one. Shahed Amanullah, a former advisor to the US State Department on Muslim outreach, is a co-founder of Affinis Labs, which helps launch Muslim-founded startups around the world. Amanullah worries that the popularity of Trump's views - for example, his pledge to ban Muslims from coming to America - is "normalizing" what he calls "structural Islamophobia" that he says has previously been more accepted in Europe, but not in the US. That's "empowering those people in Europe who are now feeling that because America is starting to adopt some of this that they're now validated," Amanullah says. 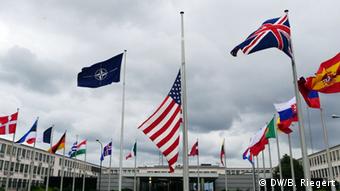 But a growing number of Republicans are declaring themselves unwilling to be part of a Trump government. Former Ambassador Volker says he and his counterparts with deep experience look at each other and say "I don't want to [serve in a Trump administration], but I want YOU to do it" - he chuckles - "because we want sane people, good people who know policy, who know what they're doing."

It's unclear who might be left to ask. Last week, 50 more former officials went public with their opposition to Trump. In an open letter described as "unprecedented" for its big names and fervent views, a list of prominent Republicans who "served in senior national security and/or foreign policy positions in Republican Administrations from Richard Nixon to George W. Bush" laid out the reasons to stop Trump.

The letter states the candidate "has little understanding of America's vital national interests, its complex diplomatic challenges, its indispensable alliances, and the democratic values on which US foreign policy must be based. At the same time, he persistently compliments our adversaries and threatens our allies and friends. Unlike previous presidents who had limited experience in foreign affairs, Mr. Trump has shown no interest in educating himself."

Trump would be, they warn, the "most reckless president in American history."

The Trump campaign responded to the letter by thanking the group for "coming forward so everyone in this country knows who deserves the blame for making the world such a dangerous place."

Donald Trump has offered up his economic strategy. The billionaire made several promises, but above all his speech showed the dangerous nationalistic course he would take as US president, DW's Ines Pohl writes. (09.08.2016)

Trump supports conditions on NATO allies for US military support

Donald Trump has said US military support of NATO would be conditional if he becomes president. He said only a country that had fulfilled commitments to the alliance would receive help from the US. (21.07.2016)

Inside Europe: What would a Trump presidency mean for Europe?

The US midterm elections are being seen as a test of how important an endorsement from former President Donald Trump is for Republican voters. In the state of Wyoming, Trump critic Liz Cheney may lose her Congressional seat to a candidate Trump supports.

Election conspiracy theorist Harriet Hageman's rout of Cheney was a testament to former President Donald Trump's influence in the US Republican Party.