It's World Wildlife Day! Time to ask: What can be done to protect threatened species and combat wildlife crime? Conservation expert Bradnee Chambers gives us his take. 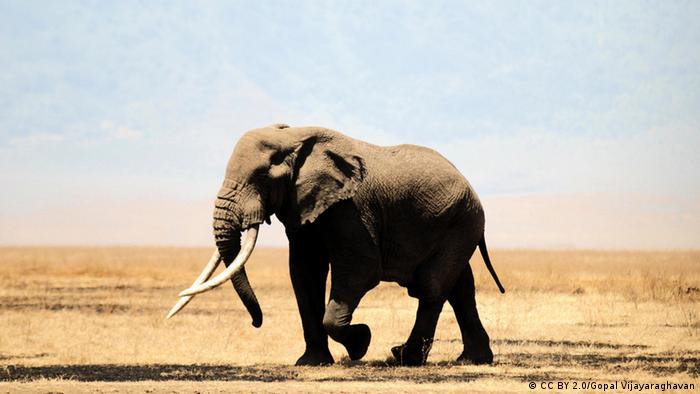 World Wildlife Day aims to draw international attention to the problem of wildlife crime. Despite increased efforts to protect wildlife, poaching and illegal hunting are on the rise. Conservation expert Bradnee Chambers tells DW why wildlife crime needs to be taken more seriously.

DW: Bradnee Chambers, what are the kinds of acts that constitute wildlife crime?

There are a number of different acts. But probably the one that is best known is the illegal trade of species. Right now we have the illegal trade of ivory from gangs, trying to make money of it, and sometimes it's even linked to terrorism. But there are also other types of crimes: such as illegal fishing, poaching or illegal hunting. 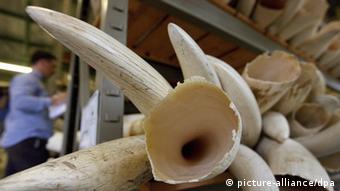 A pile of confiscated ivory in South Africa

How does one measure wildlife crime?

It's been very difficult because we don't have global statistics. We have certain species that we follow more closely than others, like illegal poaching of elephants. Obviously elephants are very large and you can see when they are being poached. So we've had some very alarming number in the last couple of years. There were incidents where 300 elephants were poached at one time. We have seen the population of elephants halved in the last decade. It's hard to get exact figures but we have some very good idea of what's going on.

Of all the wildlife crimes, which is the most threatening?

One of the big issues is the methods that criminals use to poach the wildlife. Decades ago, poachers would hunt using long rifles and so the magnitude was much smaller. Now, they're using automatic weapons, they're using helicopters to survey where the species are moving to and from, and they're using sophisticated technology to be able to poach these animals. The magnitude is much higher than what we have seen in the past and this is worrying. It's particularly worrying for migratory species because we know when species migrate through certain areas they're usually concentrated through very narrow corridors. For example, birds that travel across the Mediterranean Sea will cross through certain parts of North Africa before they enter into the sea. A lot of poachers concentrate there and as the species come through - it's easy pickings for these poachers.

Which are the most at risk migratory species?

The elephant and the rhino are most at risk. There are other species that are lesser known, like snow leopards - there are only a couple of thousand left in the wild, and still, they are being poached for their hides. African lions are another example: In the last 10 years we have seen a 30 % decline in their population. Also Dolphins: In different parts of the world they are being used as bait for fishing for other species like sharks. So they are killing dolphins to use as bait to catch sharks. It's a bit of a double whammy there, because sharks are also under threat. And sea turtles are another threatened species – no only for their shells but also for their eggs.

Yes, they are because we know when they migrate in mass numbers, so poachers can show up. And they know that for one month of the year or two months of the year these animals are in very concentrated numbers. And geographically they go through the same migratory patterns, so it is easy to predict where they are. 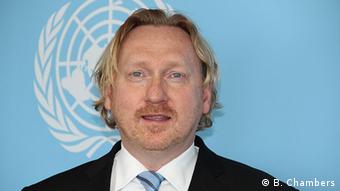 So what is the aim of having a world wildlife day?

The idea behind this is to make wildlife crime a serious criminal offense. In the past it's been viewed more or less like a misdemeanor, something like a parking ticket. A serious crime is defined as a crime with a minimum sentence of four years. So we are looking to increase the penalties to make them serious to be able to stop this uptake that we’ve seen in wildlife crime.

How successful has CITES - the Convention on International Trade in Endangered Species- been in preventing and combating wildlife crime?

CITES has been very effective. They have been very much doing their bit. They've done an incredible awareness campaign, working with NGOs, celebrities, influential people like the Clintons and the Royal Family in the UK to help everyday citizen understand why this is important. It's also a very effective convention because it's able to sanction countries that aren't complying with the convention. So if a country does illegally trade in a certain species or in the parts of a species - like ivory- the convention can take a sanction. For example, Nigeria has been sanctioned and they are not able to trade in species at the moment because of some of these violations they've had.

As you’ve mentioned, CITES has been successful to an extent. Yet, wildlife crime is on the increase. What else needs to be done? 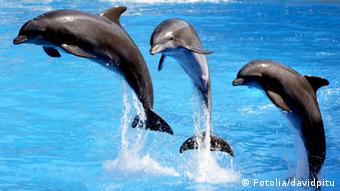 We have to enforce the laws that we have - that's important. Developing countries don't always have the force to enforce the laws they have - they need assistance. We're seeing that assistance being rolled out at summits. We’re giving better training to game wardens and rangers. We're equipping them with the right tools and arms. If you're a game warden or a ranger you sometimes come up against these poachers that have AK 47s and automatic weapons and here you have a bold action single shot gun. So we're arming the rangers, giving them better material to monitor the poaching, like night vision binoculars and scopes. We have to make wildlife crime serious. And to make it serious, we have to give it the right penalties. We have to ensure that if there is a violation, that these criminals are given serious sentences.

What about us individuals, how can we help in the fight against wildlife crime?

I think this is quite important: Talk to your member of parliament or your representative in the legislature to ensure that they know that this is an issue you care about, and that this is not an issue on the other side of the world but that it’s also happening where you live. Also, if you travel oversees, and you are tempted to bring back ornaments or souvenirs, think twice: Is this an animal that was poached or is this an animal that was acquired legally? So there are lots of different actions like these that a citizen can take.

Bradnee Chambers is the executive secretary of the United Nations Environment Programme's Convention on the Conservation of Migratory Species of Wild Animals.