Nairobi’s Kibera slum is synonymous with the so-called flying toilets. But things are getting better - over the last decade, Kibera has experienced a major sanitation transformation. 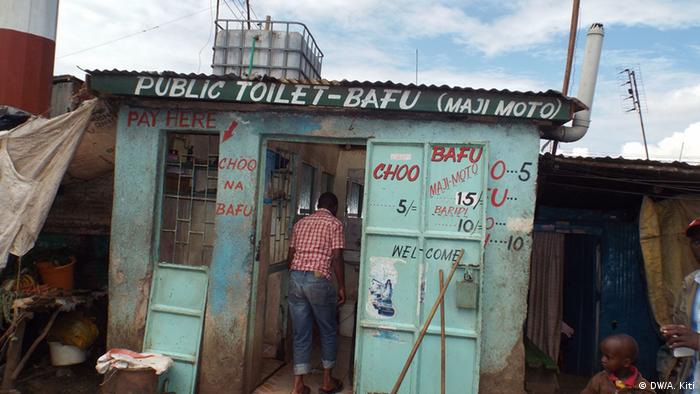 Lack of toilets is a common problem in many slums across the world but as the world celebrates the World Toilet Day on Wednesday (19. 11.2014), more than one million residents of Africa's largest slum in Nairobi have a reason to smile.

For many years, Kibera has been associated with the 'flying toilets' phenomenon. That's when people relieve themselves in black polythene bags and dispose the waste on rooftops, dumping sites and drainage trenches.

With the growing demand of sanitation and other crucial services in this informal settlement, a number of NGOs have specifically been working to get rid of the flying toilets in Kibera.

The situation has improved over the last 15 years. More recently, an ultra-modern sanitation block was built by a non governmental organization known as Human Needs Project Organization. 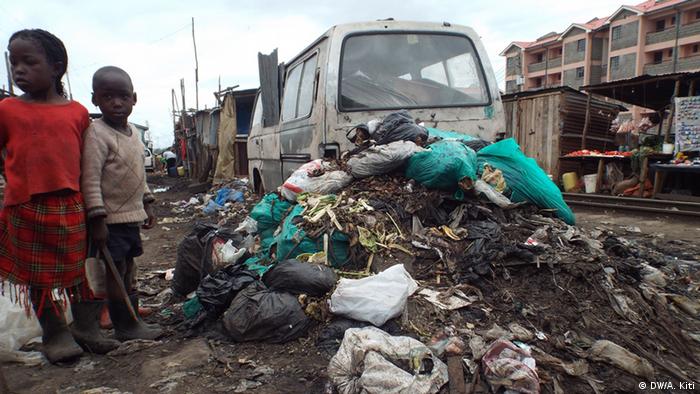 The block was opened in mid-2014. The facility funded by Bill and Melinda Gates Foundation has over 20 toilets for ladies and gents, bathrooms with hot showers as well as a laundry facility with two washing machines and driers. For as little as one dollar (0.80 cents euro, 90 Kenyan shillings), one can access all these services under one roof.

Yunia Nyamboke, a mother of six children told DW how much her life has changed due to the sanitation project. "We used not to have a toilet nearby, now we are happy as you can see now I have come to wash my clothes here. Furthermore this facility is so clean unlike the old community toilets where you could find them dirty all the time."

Joseph Mondi, another resident of Kibera has a similar story. "Our problem initially was lack of sanitation facilities," Omondi said. "These houses were built with no toilets around. But since this project was brought here it has helped us a lot."

The Human Needs Project is a replica of bio centers - another project put up in 2007 by Umande Trust, a non-governmental organization funded by the Swedish government. 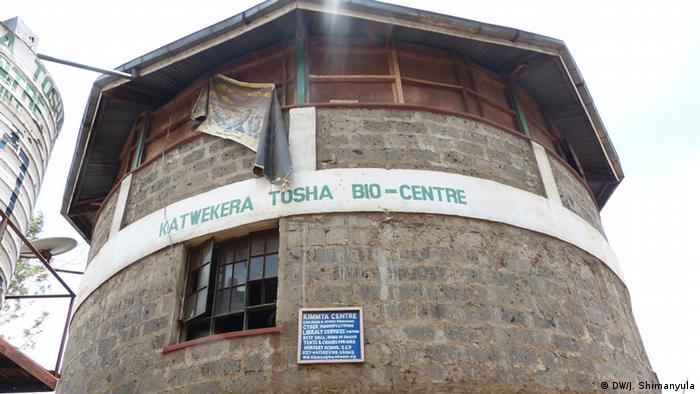 Each bio center has about 8 latrines, showers, washing space, offices and a conference hall on the rooftop. The human waste is directed to a bio-digester which produces bio gas. The gas is in turn used to heat water for those who need hot showers and also for cooking by residents.

Apart from the bio-centres and the newly constructed Human Needs Project, pay toilets where one is required to pay as little as five Kenyan shillings have been put up across the slum.

The Human Needs project also has as a recreational facility with a coffee shop, restaurant, internet cafe and conference rooms as well. The facility has a borehole which can supply water to the entire population of Kibera. 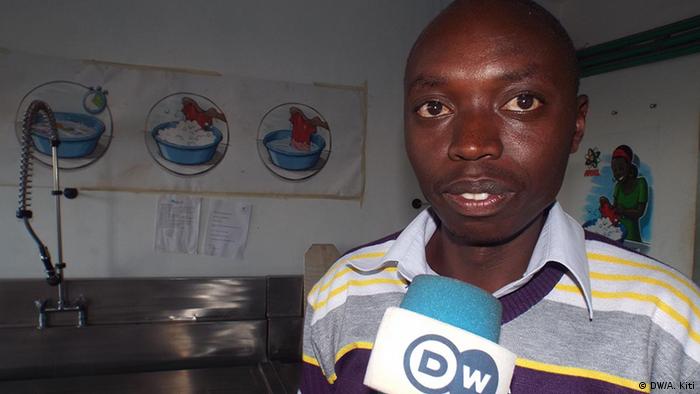 Shafi Abdallah of Human Needs: Our sanitation services are affordable

Shafi Abdalla who manages the Human Needs Project says they built the project bearing in mind the financial situation of Kibera residents. "This is the only place in Kibera where we have multiple services that are being given as one place and is very affordable to the community."

"There is a time in Kibera when we had no toilets and sanitation was poor but today when you walk around you can see things have changed," Peter Ambega, a project supervisor at one of the Kibera Bio-centres told DW correspondent Alfred Kiti.

The Kenyan government has on several occasions tried to get rid of slums in major cities but with little success. The situation has been made worse by rural to urban migration. The search for a better life, education and employment has increased the demand for housing thereby giving rise to the growth of informal settlements.

A UNICEF report says urbanization has left hundreds of millions of children in cities and towns excluded from vital services, warning that most of these children are being denied a chance to reach their full potential. (29.02.2012)