A UNICEF report says urbanization has left hundreds of millions of children in cities and towns excluded from vital services, warning that most of these children are being denied a chance to reach their full potential. 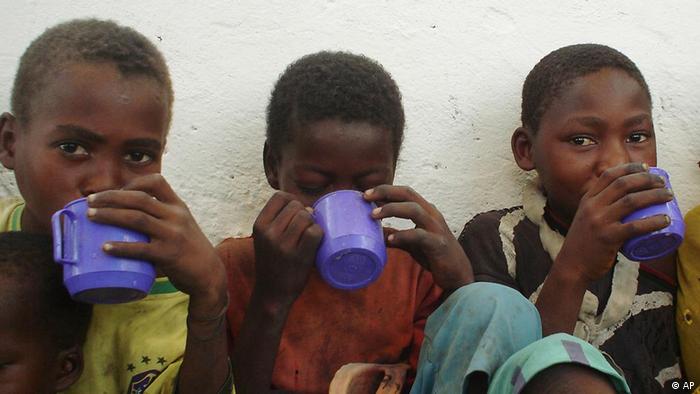 More and more children are growing up in cities

The United Nations International Children's Fund released its State of the World's Children 2012: Children in an Urban World report in New York on Tuesday.

In a few years, the report said, more than half of all children will grow up in towns or cities rather than rural areas.

In the West African countries of Nigeria, Ghana and Ivory Coast, this is already the case. 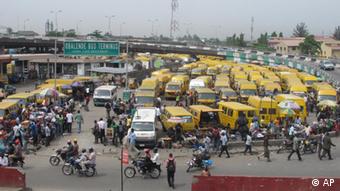 Lagos, like many other African cities, has to cope with a huge population growth

"When (we) think of Africa, we think of villages. In fact, West Africa is one of the most urbanised regions in sub-Saharan Africa," the UNICEF spokesperson for West Africa, Martin Dawes, said speaking to DW on the phone from Senegal.

"The region is growing faster than most other places," he said.

Dawes pointed out that children growing up in urban areas had certain advantages if they could access services such as health clinics and schools, which are often absent in rural areas. This is often not the case, however.

"Many children are losing out and may even be worse off than they are in rural areas," said Dawes.

Cities are growing faster than governments can keep up with, and poor families often pay more for substandard services. Water can cost 50 times more in poor neighborhoods where it has to be bought from street vendors than it does in wealthier districts linked to mains pipes. 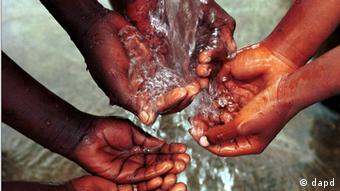 The overcrowding and unsanitary conditions prevalent in many slums make it easier for the spread of diseases - notably pneumonia and diarrhoea. Globally, these two illnesses are the leading killers of children under the age of five.

As more and more Africans move into the cities in search of jobs and a better life, informal settlements are a growing problem. Already nearly two thirds of urban dwellers in Africa live in slums, UNICEF found. 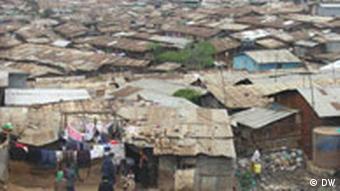 African's biggest slum is Kibera on the outskirts of the Kenyan capital, Nairobi. Most of Kibera's estimated one million slum dwellers have no toilet facilities and one pit latrine is shared by up to 50 shacks.

According to the report, people living in slums frequently face the threat of eviction and maltreatment, such as when authorities are intent on "cleaning up" these areas.

Such evictions cause major suffering among children.

Other challenges of the city

Urban environments don't just expose children to health risks. According to the UNICEF report, the number of the poor and undernourished is increasing faster in urban areas than in rural areas. Poor nutrition, the report added, contributes to more than a third of under-five deaths globally.

The report highlights a range of other issues affecting children living in towns and cities.

"They are vulnerable to dangers ranging from violence and exploitation to the injuries, illnesses and death that result from living in crowded settlements atop hazardous rubbish dumps or alongside railroad tracks," UNICEF's Executive Director Anthony Lake said.

“We must do more to reach all children in need, wherever they are excluded and left behind," he said.

On the island of Borneo in Malaysia, tens of thousands of undocumented immigrant children are not allowed to go to school. But efforts to change this are underway and a school just for these children has been built. (09.01.2012)

Hundreds of poor children now have access to books and computers because of a new library in Ajegunle in the heart of Lagos. It's a small ray of hope for some of the kids who were forced out of school because of COVID.

Herlita Jayadianti swapped her well-paying job as a teacher to help children in an informal housing settlement. Convincing their parents of the benefits of education was a struggle — until they saw her toilet.