Ebola diagnoses have increased for the first time week on week in 2015. The uptick in Guinea, Liberia and Sierra Leone still hasn't left Doctors Without Borders with enough patients to test a new potential Ebola drug. 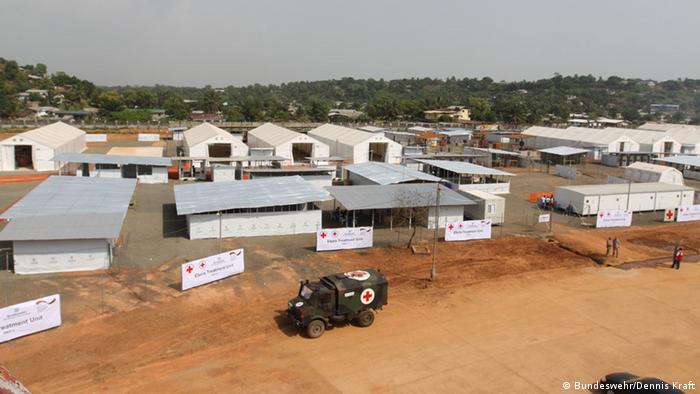 The number of new weekly cases in the current Ebola outbreak rose for first time in 2015 in all three of the hard-hit countries of West Africa, the World Health Organization (WHO) announced on Wednesday. During the seven days leading up to February 1, doctors confirmed 124 new cases across the three West African countries at the epicenter of the devastating outbreak.

"Weekly case incidence increased in all three countries for the first time this year," the UN health agency announced.

Thirty-nine of the new cases came in Guinea, compared to 30 the previous week, five appeared in Liberia, up from four a week earlier, and Sierra Leone saw 80 diagnoses, up from 65 during the week to January 25, according to the latest statistics. The new numbers come a week after WHO had announced that total diagnoses over a given seven-day period had dropped below 100.

In total, the current outbreak has left 22,495 people infected with the virus across nine countries, and 8,981 of them have died, according to the latest numbers. All but 15 of the deaths have occurred in the three West African countries.

"Continued community resistance, increasing geographical spread in Guinea and widespread transmission in Sierra Leone, and a rise in incidence show that the response still faces significant challenges," WHO announced.

A study released on Wednesday has found that a slow international response could possibly have led to a more widely devastating outbreak than necessary, thanks mostly to tight budgets. Germany's own Ebola mission has sparked a domestic row, with critics say the Bundeswehr's efforts were ineffective.

Despite the modest uptick in diagnoses, the world now has too few active Ebola cases to proceed with the testing of a new drug, Doctors Without Borders said on Wednesday. Simply: Not enough sick people remain to take part in the study.

The announcement Wednesday by Doctors Without Borders comes days after the manufacturer of the drug brincidofovir reported that it would no longer take part in the testing. The medication has successfully treated other viruses and doctors wanted to study whether it could also cure Ebola, which has no licensed treatment.

On Monday, human testing got under way in Liberia for two potential vaccines to prevent Ebola.