Ebola response: Is the world too late?

The number of Ebola infections is steadily decreasing. But the crisis in Liberia, Guinea and Sierra Leone is not over. The global community is now planning ways to avert future epidemics. 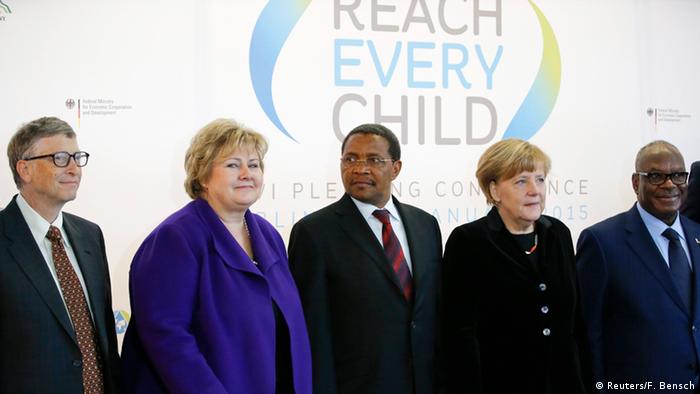 The Ebola epidemic was a central theme during the Global Alliance for Vaccines and Immunization (GAVI) conference in Berlin on Tuesday (27.01.2015). Germany's Chancellor Angela Merkel pledged to assist GAVI with 600 million euros ($682 million) over the next five years.

However, in West Africa, this commitment is coming in too late. There are fewer new infections with the Ebola virus which could make any kind of vaccine testing difficult.

"It took a while before the international community and the West had found a good answer to the Ebola epidemic," Frank Dörner said. The former managing director of Germany's humanitarian organization, Doctors without Borders, was in Sierra Leone where he experienced the impact of the epidemic up close. 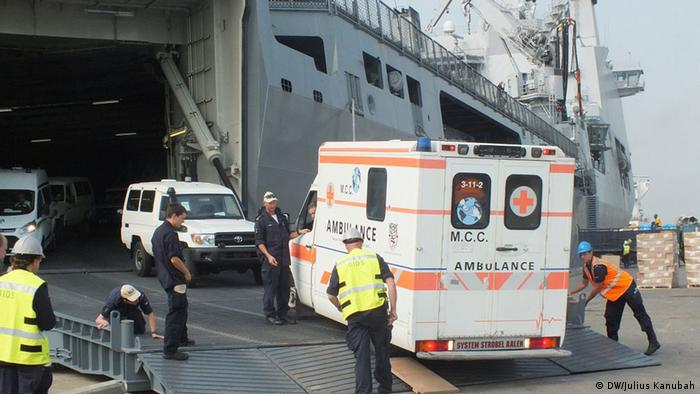 Health workers criticized the slow response to the Ebola virus

The hesitant reaction was not only because of political reasons, says Dörner. It also had to do with the lack of capacity. The international community simply did not give enough qualified personnel to adequately respond to the crisis.

Another problem the physician saw were the weak structures of the countries concerned namely: Guinea, Liberia and Sierra Leone. "We are dealing with some of the most neglected countries around the world, some of which have a long history of civil war," Doerner said in an interview with DW. "Even before the Ebola crisis, these countries had very weak health systems which were further damaged by the epidemic."

According to the World Health Organization (WHO), more than 8,700 people have died from the virus. Nearly 22,000 infections have so far been registered by the global health agency, these include suspected cases.

Though Ebola is not as deadly as HIV/ AIDS or malaria, the economic losses are enormous, Vera Songwe, an expert on the World Bank told DW. "We have almost two percent of the GDP that is being wiped out." She also said that about 20,000 people in artisanal mining in Liberia had lost their jobs. 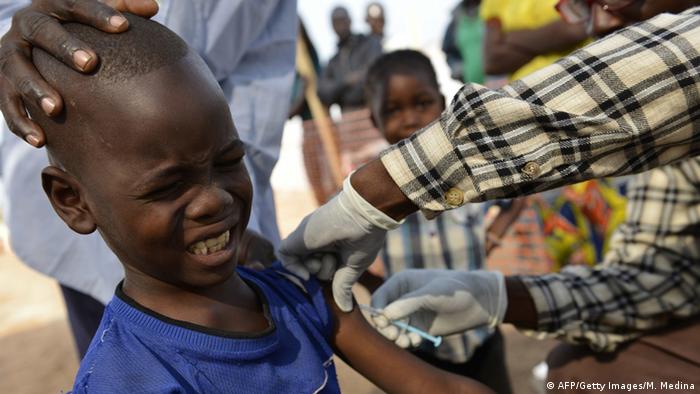 A total of 7.5 million dollars was pledged to GAVI to help immunise 300 million children

Among the worst effects of the Ebola crisis Songwe said, is that food yields have declined due to the absence of labor. This means a greater reliance on food imports. What's even worse is that several international companies had withdrawn their labor and reduced their investments. "We should soon start seeing these private companies returning to the region," Songwe added. But in her assessment, it could take months, if not years, until the situation gets back to where it was.

Thus the need to be better prepared so as to cope with future epidemics. Perspectives on how this can be accomplished differ. Margaret Chang, president of the World Health Organization wants to ensure that in future funds are quickly made available to manage a crisis. 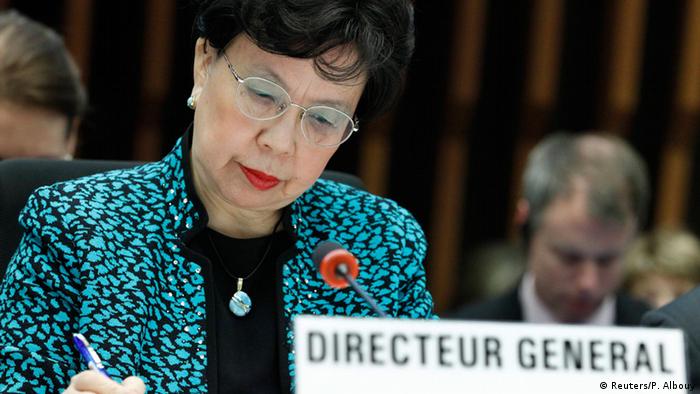 However Songwe said Chang's solution does not go far enough. She said basic structural reforms are necessary in the countries concerned. "To attract investors, these countries need a stable currency."You need parliaments that are reliable."

Some countries such as Guinea are working to develop new energy sources. This is a long-term perspective, Songwe said. "It will make the country to become competitive and help to better prevent against crises."

The good news is, there are fewer Ebola infections. But in the world of vaccine research, that's bad news. Scientists about to start Phase II and III studies in West Africa will have to hurry. (27.01.2015)

WHO agrees on contingency fund to speed up crisis reaction

The World Health Organization has said it will adopt a number of reforms, including creating a contingency fund to respond to crises. The moves come amid criticism of its slow response to the recent Ebola outbreak. (25.01.2015)

GlaxoSmithKline (GSK) has announced that it's shipped the first doses of its Ebola vaccine to Liberia. The experimental vaccine will be administered along with another vaccine candidate in the first large-scale trials. (23.01.2015)