World Cup every two years? A reform that could divide football

FIFA wants to hold a World Cup biennially, instead of every four years. Europeans and South Americans are strictly against it, while other continents are open to the planned reform. 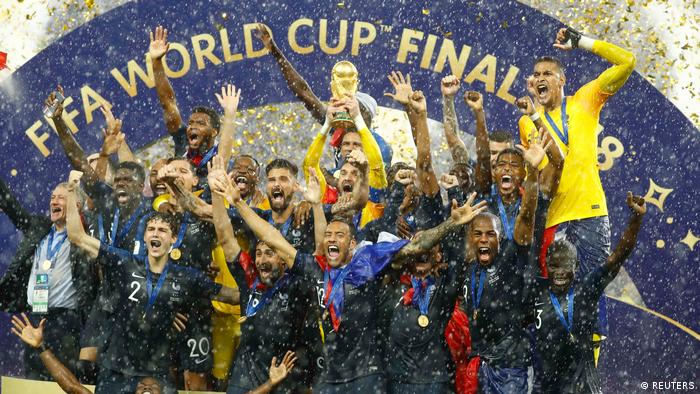 At the 2018 World Cup in Russia, France won in the final against Croatia

Arsene Wenger appears to be the new knight in FIFA's crusade for a supposedly fairer and better soccer world.

"Personally, I would say that every talent deserves a chance in life, and that is not the case today," said the 71-year-old Frenchman, once a coaching icon at English Premier League club Arsenal.

"If you were born with the same talent but in Yaounde, London or Hanoi, you don't have the same chances to become a great footballer."

With those words, Wenger, now a FIFA official, promoted a controversial plan that has the potential to divide the football world: a biennial World Cup.

To keep players from being overworked, Wenger is aiming for only one, but longer, period each year when clubs must send players to play for the national teams. The number of qualifying and friendly matches is to be reduced.

FIFA President Gianni Infantino wants a decision on the project by the end of the year. The model could be introduced from 2025, as the current global match calendar runs until the end of 2024.

When was the biennial World Cup first proposed?

The idea is not new. Former FIFA President Sepp Blatter first brought it up back in 1999. According to Blatter, the conventional World Cup rhythm dates back to the 1930s, "when the teams were still chugging from continent to continent by ship."

The suggestion was dismissed as a crackpot idea and went into the FIFA drawer — where Blatter's successor, Infantino, dug it up again and put Wenger, his director of global soccer promotion, in charge of it. The official mandate came last May, when the FIFA Congress, at the request of Saudi Arabia, approved a feasibility study on the two-year World Cup cycle.

What do the fans think?

A survey of some 23,000 people from 23 countries found a "majority of fans" in favor of holding the World Cup more frequently, according to FIFA. The poll asked whether the World Cup should be played every year, every two, three or, as at present, every four years.

However, only when the votes for the three alternative models are added together does the majority announced by the world governing body emerge. The current four-year cycle came out on top in the survey on all continents, with only Africa sharing the top position with the options of every two and every four years, each with 35% of the votes.

According to FIFA, a second survey is already underway with more than 100,000 respondents from over 100 countries.

How football legends are helping FIFA's cause

FIFA staged the presentation of the new World Cup model in Doha, Qatar, at the beginning of September in the style of a corporation that wants to launch a revolutionary new product

Critical statements were not heard from these ex-stars — quite the opposite. "A World Cup is always great. We want more of it. The fans want more of a show," said former World Cup champion Ronaldo.

UEFA, the European football confederation, feels duped by FIFA. It said it had not been involved in the consultation process and even threatened to boycott the World Cup.

With "unsubstantiated promotional slogans," FIFA could not eliminate the "serious concerns" of the Europeans. The association spoke of "the dilution of the value of the No.1 world football event" and warned, among other things, that the women's tournaments would be "deprived of exclusive slots and overshadowed by the proximity of top men's events." 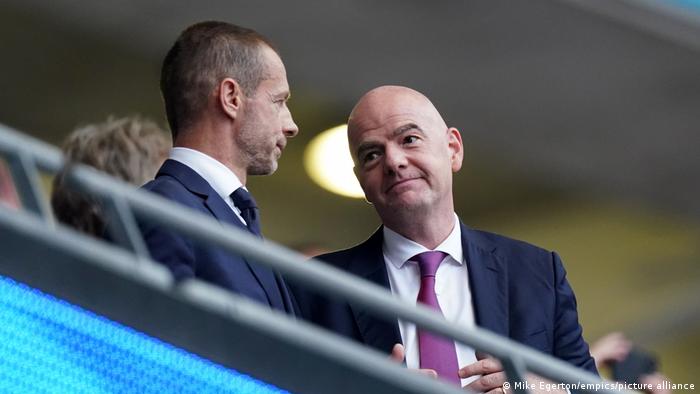 Germany's football association (DFB) backed UEFA's criticism and spoke of a threat to the "financial security, stability and sustainability" of the European associations. After all, these associations benefit from the UEFA money machine, which keeps the money flowing for its members with its own competitions.

"It's definitely not about the welfare of soccer or the players, but simply about the interest in grabbing as big a slice as possible of this football financial pie,"Harald Lange, a German sports scientist and professor at the University of Würzburg, told DW.

According to him, the major players "want to squeeze as much money out of soccer as possible and, of course, make sure that others don't take the bigger pieces."

FIFA's revenue for the next World Cup in Qatar in 2022 is expected reach the around €4 billion ($4.6 billion), and €11 billion for the 2026 World Cup in Canada, the United States and Mexico.

Where do other football confederations stand?

In addition to the Europeans, South Americans have also clearly positioned themselves against holding the World Cup every two years.

"The situation would be extremely difficult with the proposed change. It could even put the quality of other tournaments at risk, both club and international," CONMEBOL, the South American confederation, said in a statement. "There is no sporting justification to cut the time period between World Cups."

But football's other four continental federations are open to a different World Cup schedule.

"We will continue to look at these proposals constructively, with an open mind, and in the spirit of positive engagement," said CONCACAF, the confederation of North and Central America and the Caribbean.

Asian federation AFC and African federation CAF also welcomed the discussion on "what is in the best interest of football and our stakeholders on all continents worldwide," as CAF put it. 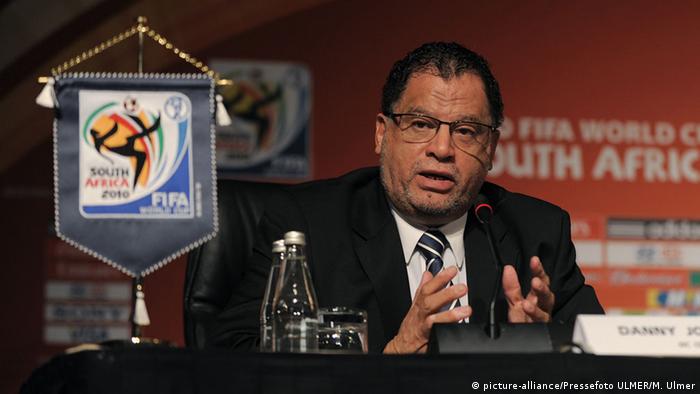 The president of the influential South African federation, Danny Jordaan, was more explicit, telling the Sunday World newspaper. "The point is that the establishment of the current system of World Cup qualification was established during the period of colonial rule. Now colonialism is long gone and countries in the continent have sovereign independence, and yet the pattern is still the same and alive," he said.

The Oceania Confederation (OCF) also made no secret of its sympathy for a new World Cup rhythm. It is about "bridging the gap in competitive soccer between Oceania and the other confederations," it said.

The decision on a possible new headline number of World Cup finals will be made by the FIFA Council, the world governing body's highest body, led by President Infantino.

The declared opponents of reform, UEFA and CONMEBOL, currently make up only 14 of the 37 members, so they need allies. Otherwise the vote could well end up like it did in 2017, when Infantino inflated the field of participants from 32 to 48 teams from the 2026 World Cup onward against the wishes of the Europeans.

But football expert Lange doesn't believe that will happen. "There will be a lot of noise and power plays and then in the end it'll likely stay the same as it was," he said.

Opinion: World Cup every two years is money over meaning

Proposals from FIFA to play the World Cup every two years have split opinion in different parts of the football world. DW's Matt Pearson thinks that the motivations for the change are wrong, but sadly predictable.