Criticism of the World Cup in Qatar by human rights activists and fans has not died down. However, one year before the start of the tournament, federations and footballers are focusing more on the sport. 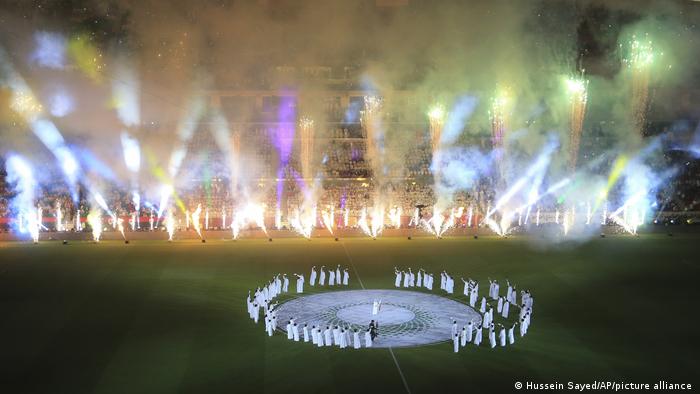 The World Cup in the desert state of Qatar has long since ceased to be a mirage. On the contrary: the first World Cup in the Arab world, which takes place from November 21 to December 18 2022, is becoming increasingly tangible.

At the end of October, the Gulf state inaugurated the Al-Thumama Stadium with great fanfare, thus completing the sixth of eight arenas for the big event a year before it begins.

In Europe, the first ten teams have qualified for the tournament, including Germany. While European powerhouses like Italy and Portugal had to settle for playoff spots, the likes of Serbia and Switzerland dazzled as they booked their tickets. There's a sense of World Cup fever, even though the opening game is still a year away.

Euphoria here, calls for boycott there

The euphoria in many countries makes it clear that the closer the tournament gets, the harder it will be for those who have criticised the World Cup in Qatar for years to have their voices heard.

In the western world in particular, the demands go as far as calling for a complete boycott, with banners regularly hung in stadiums to that effect. The 2022 World Cup is "a tournament unworthy of football", says ‘Boycott Qatar', a fan initiative based in Germany.

"Many principles of sporting and political fairness" are being broken, it says on its website. "A lot of people are claiming that this is not their event, they don't want to be part of it," says spokesperson Bernd Beyer.

There are plenty of criticisms of the World Cup in Qatar: for one thing, allegations of corruption overshadowed the choice of the emirate as the site for the tournament back in 2010. Ten years later, after a lengthy investigation, the US Department of Justice presented evidence that, in its opinion, Qatar had indeed paid bribes. Doha said it had made "the best bid" and was not guilty of anything.

The same certainly can't be said of their handling of human rights. There is no freedom of the press or of expression, male guardianship severely restricts women's rights and homosexuality is forbidden.

Many of the guest workers are also considered to have no rights. Coming from countries like India, Nepal or Bangladesh, they are building the new, glittering stadiums. Yet they live without dignity in unhygienic camps in the desert.

"You don't feel like you're in the Third World, but in the Fourth or Fifth," says Benjamin Best, a German sports journalist and Qatar expert who regularly travels to the country. "I know guest workers who have been waiting for their money for two years," Best told DW.

Heat and extreme working conditions are affecting the workers; according to media reports, thousands of them have died. Qatar, however, does not carry out adequate autopsies, complains the human rights organization Amnesty International.

"The number of deaths as a result of the use on World Cup construction sites is likely to be very high," Amnesty Middle East expert Katja Müller-Fahlbusch tells DW.

But Qatar has been initiating labor law reforms for several years - "at an unprecedented speed", says managing director of the 2022 World Cup, Nasser al-Khater.

"In practice, however, the assessment is very sober," Müller-Fahlbusch counters. The new laws could be circumvented relatively easily by local companies, she says, and there have also been new deaths. "Never before have so many people laid down their lives for a World Cup as for the World Cup in Qatar," says Best.

Where does this leave players and associations though? In March 2021, footballers from the teams of Germany, Norway and the Netherlands wore T-shirts before their World Cup qualifying matches demanding respect for human rights. 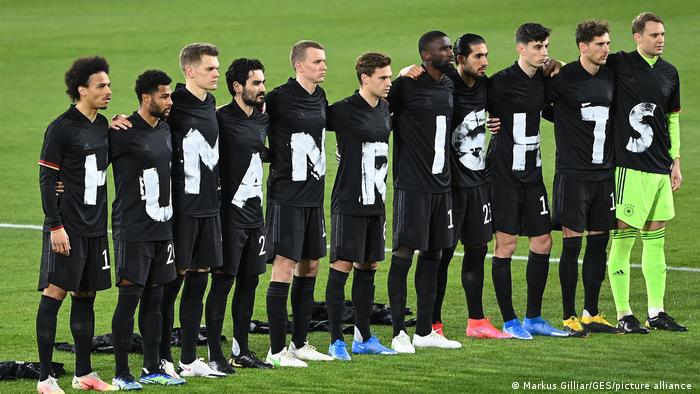 In the summer, however, Norway's federation voted against a boycott of the World Cup in Qatar. Sven Mollekleiv of the Norwegian Football Federation (NFF) commented at the time: "A boycott is only useful if it is supported by the local population.”

The German Football Association (DFB) took a similar position in September. "The message we are predominantly hearing is: a boycott will not advance the country and the people in the country," said the acting DFB General Secretary Heike Ullrich in an interview on the association's website.

Associations and players are increasingly focusing on the tournament, but for many football fans the World Cup in Qatar is now about much more than just a game. There are plenty who have already made up their minds.

In Leipzig, students want to organize a parallel tournament under the name ASAP Global Cup. In this context, ASAP stands for "Amateur Sports Against Profit." 16 amateur teams from all over the world are set to compete at the same kickoff times as at the World Cup in Qatar, and the matches will be offered via live stream on the internet.

"We don't like this World Cup at all because human rights are trampled on there [in Qatar] and profit considerations take precedence over everything else," Anton Kämpf, one of the organizers, tells DW. "We don't want to be part of that anymore. That is not what sport is about."

Qatar wants to present itself in the best possible light at the World Cup. For many fans and experts, however, this is nothing more than sportswashing, a distraction from grievances through the idealistic lens of sport.

Sections of the football world will celebrate the competition. It seems unlikely, however, that the World Cup will run smoothly and without criticism. Qatar has still done too little on too many construction sites for that.