For the consumer it's sweet, for the farmer more bitter – the global price of cocoa fell in the last year and many producers are feeling the strain. 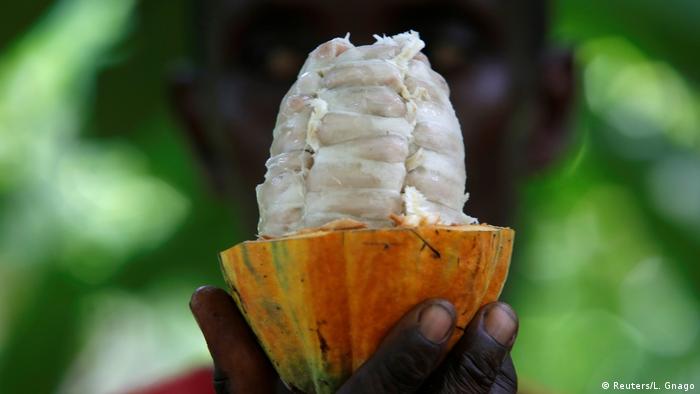 When Sayina Riman thinks back to his early days in the cocoa trade he becomes nostalgic. "When cocoa prices were at $5,000 (€4,102) per ton in the 1980s, most of the finest houses in our community used to be from the cocoa farmers," recalls Riman who heads Nigeria's Cocoa Association. He is one of around 1,500 delegates who have come to Berlin for the World Cocoa Conference.

There's a tense mood at this year's meeting. "The future of the cocoa sector as a whole is at stake," explains Jean-Marc Anga, director of the International Cocoa Organization.

The reason is the low prices. Cocoa currently stands at around €2,200 ($2,680) per ton. In 2016 prices were even lower. For African farmers and governments, that is simply too little.

"We need prices from which the farmers can make a living," complains Souleymane Diarrassouba, trade minister of Ivory Coast. The country is the world's largest cocoa exporter.

The farmers, however, make less than €0.50 euro cents per day on average. African delegates warn of the consequences – the use of child labor, for instance, because the farmers cannot employ paid laborers. Environmental destruction is another consequence as farmers burn forests to expand their plantations. 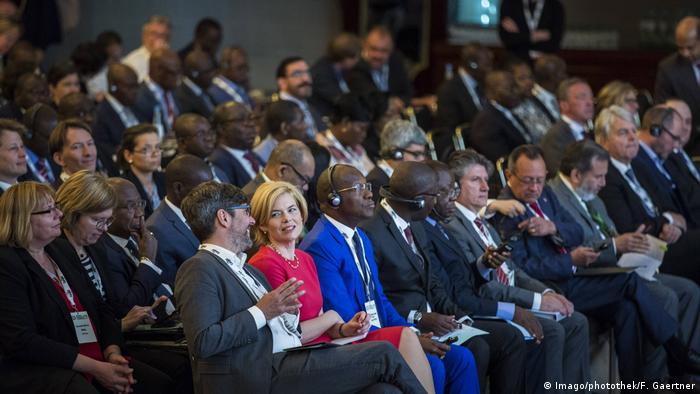 The resentment over the attitude of the main cocoa importer in Europe and the US is palpable at the meeting. The global prices are totally non-transparent, African delegates say. Some governments would like to see the creation of a global alliance based on the model of the Organization of the Oil Exporting Countries (OPEC). In this way they could exert more influence on the global market.

Germany, one of the main importers of African cocoa, wants to go in a different route. The country consumes about nine percent of the world's chocolate and Germany's agriculture minister Julia Klöckner, would like to see more chocolate from sustainable sources. Only a quarter of the world's cocoa is currently certified as sustainable. In Germany, the figure is 45 percent and by 2020, the country wants to source 70 percent of its cocoa from sustainable sources.

"Our goal should be to give cocoa farmers a stable livelihood so that they don't have to send their children onto the plantations," says Klöckner. At the moment, however, she has no clear plan of how to achieve this.

The African delegates greeted this idea with skepticism. There are a number of different environmental and social labels or certificates worldwide. But the certification is done by private firms and organizations and doesn't come free of charge. "Certification is expensive. Who will pay for this?" asks Cameroon's trade minister Luc Magloire Mbarga Atangana.

Atangana is calling for a new trade relationship between European and African countries. "We have signed new deals with our trading partners and we have opened our markets to foreign products. We hope that we will now get better access to the European market as well. But while some trade barriers have been knocked down, new challenges have also emerged."

Can sustainability work as a business model?

Representatives from civil society want to see the world's big chocolate companies taking more responsibility for the market discrepancies. Three firms, Barry Callebaut from Switzerland, Cargill from the US and Olam International from Singapore, have the capacity to process two-thirds of the world's cocoa.

"Many companies realize that farmers are earning less and less due to the falling cocoa price," says Friedel Hütz-Adams, a cocoa-expert at the Bonn-based economic research center, the Südwind-Institut. "We need mechanisms to minimize these risks. This could be done by paying farmers a higher premium when the market value drops. Like this farmers and companies would share the risk involved."

After four days of discussions and meetings, the Word Cocoa Conference comes to an end. For farmers like Sayina Riman, the hope is that the discussions will amount to action to and can maybe even be the first steps in the right direction.

Germans spent more money than ever before on fair-trade products in 2014, a leading advocacy organization has said. Among the best-selling items were coffee and bananas, but also roses, flowers and cocoa. (11.05.2015)